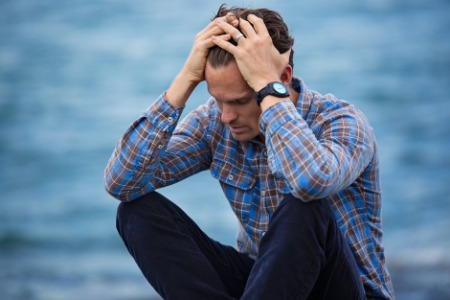 A psychiatrist in the metro [Independence, MO] is using a lesser-known technology to treat depression in patients who don’t respond to traditional treatments.

Dwight Sponagel has struggled with debilitating depression for 16 years. “I felt like I should die and everyday, everyday I lived with that,” he said.

He was frustrated with the lack of results from counseling and medication, and started researching other options after becoming suicidal.

“I ended up in the hospital because of depression, because of what I was planning on doing,” he said.

Then he found TMS.

“You have like lower activity in this part of the brain right here with depression,” he said, pointing to the front left portion of his head.

The machine uses magnetic pulses to target an area of the brain that's less active in people with depression.

“You could have them try all these different medicines and nothing would seemingly work,” Dr. Francis said. But with TMS, he says he’s seen dramatic improvement in many patients.

Sponagel is one of those success stories.

“It was amazing, and it was just this freedom and that's when I really knew for sure huge differences were being made," he said.

He wants other people with depression to know they have options.

“I just feel normal I guess," he said. "I still have struggles, but the biggest thing, yes, is I can live my life.”

Have You or Anyone You Know Tried This Method of Treatment?

Thank you for sharing this article. I am going to see if I can find someone to treat me with TMS here in Illinois. Depression and Osteoarthritis are said to go hand in hand so I wonder if I can finally get rid of one if the other will lessen. I will keep you posted.

Does anyone use CBD for their depression?

Medication making me lose everyone I care for - how do I get off this drug?

Share your experience with medication and treatments for depression

How can I manage anxiety and depression?