Could a sunny climate prevent MS?

Multiple sclerosis is an autoimmune disease wherein the immune system turns against healthy cells in the central nervous system, attacking myelin, or the "coating" around nerve cells. Scientists now investigate a key factor that may influence the chance of developing this condition. 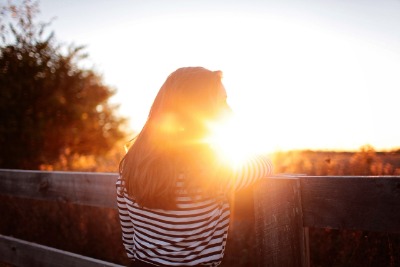 A new study explores the importance of exposure to sunlight throughout a person's lifetime when it comes to determining MS risk. People living with multiple sclerosis (MS) tend to experience a progressively decreased quality of life, as the condition — which is characterized by fatigue, impaired balance and coordination, and vision problems — takes hold.

Though its exact causes are unclear, known risk factors for developing MS are genetic makeup, lifestyle, and environmental factors.

Some of these include sex (women are likelier to be diagnosed with MS than men), smoking habits, and low overall levels of vitamin D.

Now, researchers from the University of British Columbia in Vancouver, Canada have uncovered a factor that may help to lower the risk of MS: where individuals (women, in particular) spent their childhood and early adulthood.

In a paper published yesterday in the journal Neurology, Helen Tremlett and colleagues found that spending a lot of time in sunny climates early on in life may help to protect against the onset of MS later on.

Although geographical latitude was known to contribute to the risk of MS, because lack of sufficient exposure to sunlight can determine a deficit of vitamin D, this is the first time that researchers have studied the impact of this factor throughout a person's lifetime.

"While previous studies have shown that more sun exposure may contribute to a lower risk of MS," says Tremlett, "our study went further, looking at exposure over a person's life span."

"We found that where a person lives and the ages at which they are exposed to the sun's UV-B rays may play important roles in reducing the risk of MS." Helen Tremlett

In the new study, Tremlett and team analyzed data from 151 women who had been diagnosed with MS (with an average onset age of 40), as well as 235 age-matched women without the condition.

They all lived in the United States but were spread across locations with different climates. All the participants were asked to fill in questionnaires on how often and how much they had been exposed to the sun during summer, winter, and throughout their lives.

Based on the information provided by the participants, the research team split them into three different groups. These were:

Despite the fact that this type of radiation has been associated with several harms — including the appearance of wrinkles and skin cancer onset — it is also key in the process through which our bodies generate vitamin D, which has been identified as a protective factor against MS.

In determining how much UV-B exposure participants had received, and in dividing them into the above categories, Tremlett and team looked at where the women lived, taking into account location altitude, latitude, and average cloud cover.

In the analysis, the team also included how much sun exposure the participants had experienced in different seasons, defining "high sun exposure" as more than 10 hours per week in summer, and more than 4 hours each week during winter.

The researchers saw that the participants who lived in sunny climates and received the highest degree of UV-B exposure had a 45 percent lower risk of developing MS compared with their counterparts who reported very infrequent UV-B ray exposure.

Moreover, the scientists found that when exposure occurred also mattered. Thus, participants who had lived in sunny climates between the ages of 5 and 15 had a 51 percent lower risk of MS, compared with peers who had grown up in less forgiving climates.

Also, women who spent a lot of time outdoors in sunny climates as children (age 5 to 15) had a 55 percent lower risk of MS than women who had not benefited from the same amount of UV-B exposure at an early age.

"Our findings suggest," explains Tremlett, "that a higher exposure to the sun's UV-B rays, higher summer outdoor exposure, and lower risk of MS can occur not just in childhood, but into early adulthood as well."

"In addition," she says, "our research showed that those who did develop MS also had reduced sun [...] exposure later in life, in both summer and winter which may have health consequences."

Does Ocrevus cause hair loss?

Does MS cause chronic cough?