Back
Good to know

What do you do to manage your stress? 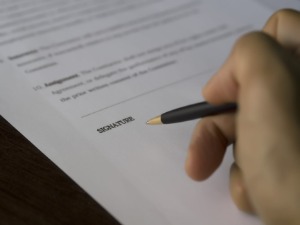 How are you today? Have you seen this older discussion?

Are you someone who feels stress often? If so, what are your tips for dealing with it?

Also, if you haven't seen it already, we've just published an article about mindfulness, a stress-management technique: Mindfulness: How can it benefit our health?

What do you do to manage your stress? https://www.carenity.us/forum/other-discussions/good-to-know/house-defeats-righttotry-legislation-to-allow-expanded-use-of-experimental-drugs-82 2021-07-30 15:21:28

I handle stress but either doing my crocheting or reading a book.  I do both daily.  Besides taking care of myself, I take care of my disabled son, my husband, and I am responsible for an uncle that has dementia that is with a caregiver.

What do you do to manage your stress? https://www.carenity.us/forum/other-discussions/good-to-know/house-defeats-righttotry-legislation-to-allow-expanded-use-of-experimental-drugs-82 2021-11-07 15:25:14

I handle stress by making a cup of tea, bringing it into the living room, and sitting in my comfortable La-Z-Boy chair. I lean back, put my feet up, and turn on the Music Choice channel on the TV. I set it to light classical, sip my tea, close my eyes, and just let the music wash over me. I invariably doze off for a little while and when I wake up I'm relaxed and able to deal with what caused the stress in the first place.

What do you do to manage your stress? https://www.carenity.us/forum/other-discussions/good-to-know/house-defeats-righttotry-legislation-to-allow-expanded-use-of-experimental-drugs-82 2021-11-07 18:07:13

I find that as a mother of 4 I can do little to manage stress but can still help myself some. Most often is telling myself I'm just lucky and blessed. Second, I try to make some time to have one on one with my sister who's my best friend. That kinda keeps me grounded... sometimes you need someone to tell you hey your not just stronger, I've seen you there. Let's get there again!!

What do you do to manage your stress? https://www.carenity.us/forum/other-discussions/good-to-know/house-defeats-righttotry-legislation-to-allow-expanded-use-of-experimental-drugs-82 2021-11-07 18:58:19

How to take care of your eyes?

Everything you need to know about andropause, the "male menopause"!

Resilience: what is it and how can it be improved?

Love life in the face of illness: how to cope?