At first blush, it would seem almost obvious that individuals with chronic obstructive pulmonary disease (COPD) did not show improvement after inhaling vaporized cannabis. However, with real clinical data for cannabis’ true effects on human health being in scant supply, we should expect a range of studies and results to pop-up over the next several years, as more places begin to legalize the drug. The interesting part of the current study by investigators at McGill University is that while inhaled vaporized cannabis did not improve exercise performance and activity-related breathlessness in COPD patients, it also did not worsen their symptoms. 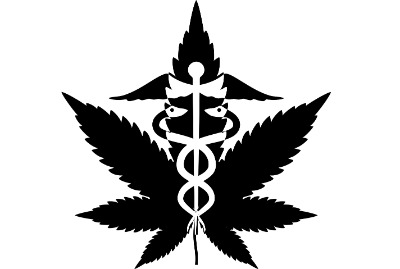 Findings from the new study—published recently in the Annals of the American Thoracic Societythrough an article titled "Effect of Vaporized Cannabis on Exertional Breathlessness and Exercise Endurance in Advanced COPD: A Randomized Controlled Trial"—did not find a difference between vaporized cannabis and placebo on lung volumes or heart rate at rest or during exercise. Nor did the study find that cannabis affected cognitive function, mood or psycho-activity.

"We first became aware of the therapeutic potential of cannabis in managing COPD symptoms from patients themselves," explained lead study investigator Sara Abdallah, a doctoral candidate in exercise physiology at McGill University. "We decided to pursue this study because patients were reporting symptomatic relief of their COPD symptoms after cannabis use."

Interestingly, in the 1970s, controlled studies reported that smoking cannabis opened the airways of adults with and without asthma. More recently, a large observational study found a positive association between cannabis use and forced expiratory volume (the amount of air that can be forcefully exhaled in one second) and forced vital capacity (the total amount of air that can be exhaled after taking a deep breath).

“A series of studies conducted approximately 40 years ago demonstrated an acute bronchodilator effect of smoked cannabis in healthy and asthmatic adults,” the authors wrote. “However, the acute effects of vaporized cannabis on airway function in adults with advanced COPD remain unknown.”

In the current study, 16 patients with advanced COPD were recruited, all taking optimal medication for their lung disease: dual or triple inhalation therapy (long-acting muscarinic antagonist and long-acting beta2-agonist bronchodilator with or without an inhaled corticosteroid).

Additionally, the study authors noted that trial results might not be generalizable because the number of participants was small and represented a relatively homogenous group of patients with stable, but advanced, COPD. Moreover, there were several factors that may have limited the therapeutic benefit of cannabis in the study, including the dose of cannabis used, that it was inhaled rather than taken orally and that it was administered only once and not repeated.

"Future clinical trials are warranted and should evaluate the therapeutic potential of various doses of vaporized and oral cannabis, including oils and pills, administered over longer periods of time in patients with mild to moderate COPD," concluded senior study investigator Dennis Jensen, Ph.D., associate professor of kinesiology and physical education and a scientist in the Translational Research in Respiratory Diseases Program at McGill University.

I tried CBD oil and it did nothing for me.

Do you have experience with Halo / Salt Therapy?

Anyone have success with vitamins or supplements for managing COPD?