To vape or not to vape? Probably: Not to vape

E-cigarettes appear to trigger unique immune responses as well as the same ones triggered by regular cigarettes, according to new research published online in the American Thoracic Society's American Journal of Respiratory and Critical Care Medicine. 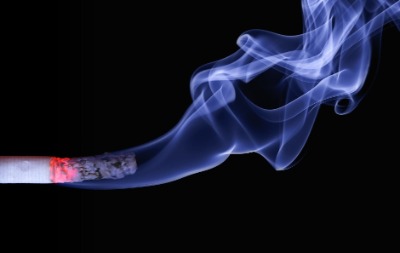 Immune responses are the biological reactions of cells and fluids to an outside substance the body doesn't recognize as its own. Such immune responses play roles in disease, including lung disease spurred on by cigarette use.

Mehmet Kesimer, PhD, senior author and associate professor of pathology and laboratory medicine at the UNC School of Medicine, and coauthors report findings from what is believed to be the first study of the harmful effects of e-cigarettes using sputum samples from human lungs.

"There is confusion about whether e-cigarettes are 'safer' than cigarettes because the potential adverse effects of e-cigarettes are only beginning to be studied," said Kesimer, who is also a member of the UNC Marsico Lung Institute.

"This study looked at possible biomarkers of harm in the lungs. And our results suggest that in some ways using e-cigarettes could be just as bad as smoking cigarettes." A 2016 Surgeon General's report found that e-cigarette use has increased by 900 percent among high school students from 2011 to 2015. Also in 2016, the Food and Drug Administration extended its regulatory oversight of tobacco products to include e-cigarettes.

"Comparing the harm of e-cigarettes with cigarettes is a little like comparing apples to oranges," Kesimer said. "Our data shows that e-cigarettes have a signature of harm in the lung that is both similar to what we see in cigarette smokers and unique in other ways. This research challenges the concept that switching to e-cigarettes is a healthier alternative."

In an unrelated study last year, Ilona Jaspers, PhD, professor of pediatrics, and microbiology and immunology at the UNC School of Medicine, studied the effects of vaping on genes. When we smoke cigarettes, dozens of genes important for immune defense are altered in the epithelial cells that line the nasal mucosa. Several of these changes likely increase the risk of bacterial infections, viruses, and inflammation. Jaspers' lab found that vaping alters the same genes affected during cigarette smoking and hundreds of other genes important for immune defense in the nasal, upper airway.

I agree. The best is to NOT vape, but vaping with lower nicotine content to eventually get to the point of completely stopping smoking - is the ideal!

Well did this not age gracefully... it seems science and the medical profession has recently been discovering the dangers of these vap pens. I have seen it on the news quite a bit. I wonder if the good ol' cigarettes are in actuality even better than vaping - ideally one would not smoke or try either.

Never vaped, but something should be done to limit the ability of the young kids to be able to obtain these things... seems to easy like cigarettes used to be.