Definition of obesity according to BMI (Body Mass Index)

From a medical point of view, obesity is defined as "excess weight through an abnormal or excessive fat accumulation."

The body stores fat tissue in two ways: either by increasing the amount stored in each of the fat cells or by multiplying the number of fat cells. It then becomes difficult to remove excess cells.

To assess the severity of obesity, the WHO (World Health Organization) has defined categories based on Body Mass Index (BMI) according to the following formula: BMI = Weight/Height².

Obesity is further  subdivided into categories:

In addition, the measurement of the umbilical perimeter, more commonly referred to as the waist circumference, makes it possible to identify excess fat in the abdomen. When this measurement is greater than 88 cm (35 in) in women (outside of pregnancy) or 102 cm (40 in) in men, abdominal obesity is considered to exist and these individuals are at an increased to extremely high risk, depending on corresponding BMI, for developing type 2 diabetes, hypertension, and cardiovascular disease.

Finally, gynecoid obesity is defined as excess fat mainly in the thighs, as is usually the case for women. Android obesity (abdominal obesity) occurs when fat deposits are mainly located in the abdomen.

>> Living with obesity: talk about it on the forum

The causes of obesity

Several factors can be responsible for obesity: diet, heredity, sedentary lifestyle, hormonal or glandular disorders, psychological and/or sociological disorders, or even certain medications.

Environmental factors and behavioral changes are a major factor in the increase in obesity due to overeating and lack of physical activity. In addition, the destructuring of meals, physical inactivity and increased snacking all promote weight gain.

In addition to the rheumatological, respiratory and social consequences, the major risks associated with being overweight or obese are diabetes and cardiovascular disease. Being overweight or obese increases the prevalence of high blood pressure by 2.5 and 4 times, respectively; dyslipidemia by 2 and 3 times (hypercholesterolemia or mixed or isolated hypertriglyceridemia), respectively; and type 2 diabetes by 3 and 7 times, respectively. Currently, one-third (1/3) of obese individuals receive treatment for hypertension and 14.5% for diabetes.

Since one of the main objectives is weight loss, nutrition is a central part of managing obesity. The objective is to institute new eating habits by diversifying food intakes and reducing the energy density of food, while taking into account the traditions, tastes and economic possibilities of the individual. A nutritionist or dietitian can help obese individuals create and adopt new dietary habits.

Psychological support may also be considered as depression may lead to obesity.

In general, recommendations should be progressive and prioritized as it may be unreasonable for an individual to be able to  completely change his or her lifestyle in the first six months. The individual needs to be able to set short-term goals (i.e. losing 1.5 pounds a month, keeping up with the motivation, etc.)

In order to avoid abuse and accidents with early drugs (including amphetamine derivatives), new molecules developed to combat obesity are prescribed under strict conditions.
Orlistat is one of the most widely used drugs today. It blocks the action of enzymes involved in fat digestion; thus, preventing fat absorption. Due to its mechanism of action, the majority of side effects are digestive in nature.

There are several types of surgical procedures that aim to reduce the absorption capacity of the stomach: sleeve gastrectomy, mini gastric bypass, gastric bypass or gastroplasty (gastric band).

It is highly recommended and encouraged to speak to your doctor to find the solution that best suits your lifestyle.

>> Discuss and share experiences and opinions with other members about bariatric surgeries: gastric bypass, sleeve gastrectomy, and gastric band

In order to readjust the stomach after surgery, the intake of liquid food is recommended first. Then, gradually, more solid foods should be reintroduced into the diet.

In general, patients are advised to:

Some stomach toxic drugs such as aspirin, anti-inflammatory drugs and corticosteroids should be avoided. The acidity of these drugs can weaken and attack the stomach lining. Don't forget to talk to your doctor about these concerns.

Bariatric surgery is not commonly an issue or concern when considering pregnancy. Nutritional observation may be advised or required and it is recommended to speak to your doctor about any concerns.

In Europe, the prevalence of obesity has tripled in many countries since the 1980s and continues to increase at an alarming rate, particularly among children. Childhood obesity is a real health crisis among European countries, with approximately 20% of children being overweight. Obesity accounts for 2-8% of the health expenditure and 10-13% of deaths in different parts of Europe.

Breakdown of 90 members on Carenity

Obesity on the forum

Obesity - How are you handling the...

Deciding on the type of bariatric surgery:...

Working out when obese... do people stare?

How do I restart my weight-loss journey?

Obesity: Let's talk about everything and...

What can we do to stay healthy while stuck...

Summer time make anyone else anxious?

Do you have high blood pressure? 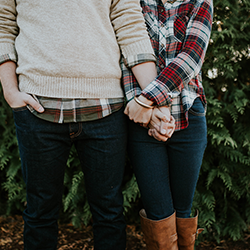