Tammy and Terri share their unique perspectives as identical twins having multiple sclerosis. The pains started at a young age while playing sports and culminated in a journey that took them from bad diagnoses to inspirations in the community.

Thank you for agreeing to tell both your stories to the Carenity audience.

Could you tell us more about yourselves?

We are the “Haber” twins. Tammy and Terry. We were born identical twin sisters in the sunshine state of Florida in 1968. Today, we go by our married names Tamara Kahn and Terry Hord. We were both diagnosed with multiple sclerosis twenty plus years ago. We have both been married for almost 30 years and have two daughters each, all in their twenties. Currently, Terry lives in Atlanta and Tamara in the San Francisco Bay area. Our passions include MS related fundraising, Broadway theater and traveling. Recently, Terry was invited to join the Board of Trustees for the National Multiple Sclerosis Society Georgia Chapter. 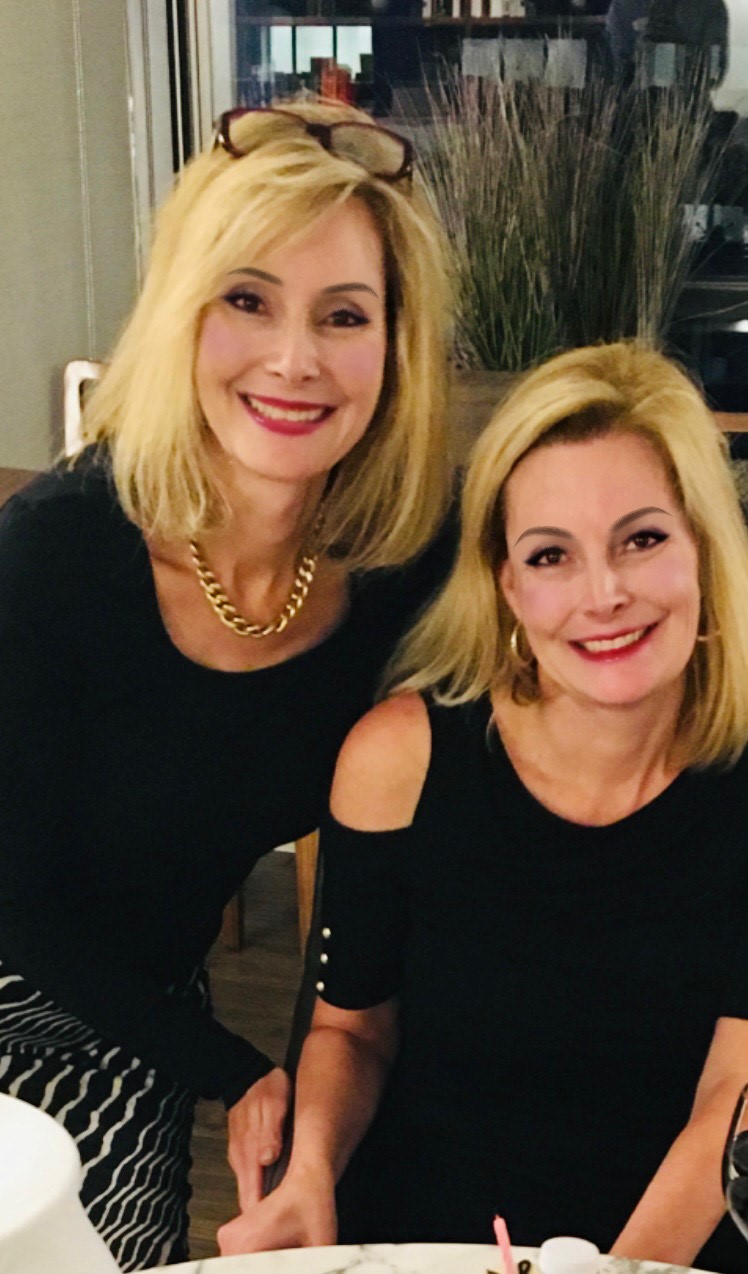 You have multiple sclerosis. At what age did you first experience the symptoms of the disease and what were they?

We both developed symptoms early on at about 16 years old. We were avid tennis players, and Terry had a tingling sensation in her legs after all workouts. Any type of exercise would cause the same type of tingling. It wasn’t until later years, after our mother passed away that Terry went into an episode and was worked up for optic neuritis first, and then Tamara was diagnosed a few years later.

You have multiple sclerosis. At what age did you first experience the symptoms of the disease and what were they?

Terry had her first symptoms at age 13. Tingling in her legs after running, hiking, playing tennis, and after ballet classes. After our mom died when she was 23 she had her first episode of optic neuritis. Because there is not a lot known about MS in 1992 Terry was misdiagnosed until 1996 when her formal diagnosis came along as multiple sclerosis after she was referred to a neurologist. He did a spinal tap and was confirmed with the biomarkers showing multiple sclerosis.

For Tamara, she did not have a lot of the same symptoms except for the exercise, tingling and pain like Terry. After Tamara’s second child was born, Tamara had a lot of weakness. After carrying her babies up and down steps, her husband, who is a radiologist suggested that she get an MRI to rule out multiple sclerosis. When Tamara walked into her husband’s office, he had that look, and she knew right away that she also was diagnosed with multiple sclerosis.

How did you feel when you were diagnosed? Were you expecting it? Were you aware about multiple sclerosis before?

Terry was very surprised of her diagnosis. I really did not know much of multiple sclerosis or long-term effects look like for her.

What is your current care routine? Are you satisfied with it? How would you rate/experience the medical and/or psychological support?

Terry’s experience with her medical team at the beginning, was not very good. She did not have good communication with her neurologist, and like we always say it is like a marriage you need to get along and have a good understanding of each other. Terry’s current neurology group is amazing and has stayed with the same group since 1999. Her doctor is like family. Terry was on a medical study for a drug called Tysabri from 2001 until 2013. Psychological care was also made available for her and she has used psychology care often on for the course of her disease. Even in her decline of neuropsychology and a major episode many years ago, she was supported by her neurological physician.

Tamara has had a different story when it comes to medical care. She was not happy with several of her neurologist at the beginning of care. She finally did find someone that she likes but who is located two hours away from her home but she continues with the same good care.

How frequent and intense are your attacks, how long do they usually last? What are your daily symptoms? And what are your treatments?

Terry is now in secondary progressive, multiple sclerosis. Her attacks are few and far between now. She has symptoms such as bladder infections and her right hand does not function well anymore. She now has paralysis in both legs, uses a power scooter to get around, and seems to be getting weaker by the months.

For Tamara, her symptoms seem to be slow and steady, and never really in remission sense diagnosis. But in the last year she is catching up to Terry where she is losing some function in her left hand, she is unable to use her legs, but she is stronger in her arms and upper body.

What is the impact of the disease on your private and professional life?

We both had jobs up until the last few years. We were both entrepreneurs. We still have a passion for volunteering. Terry is part of the National MS Society since 2020. She is a board of trustee for the state of Georgia. We currently have our own social media brand and are motivational speakers for a company called Twins Coast To Coast.

Twins Coast To Coast has given us much joy as we have a podcast called Mirror Image MS Madness that launched this year in 2022. We have a YouTube channel that has been ongoing since year 2020. We have our own website that has multiple articles, information, and anything you would need to know from the newly diagnosed to somebody, living with multiple sclerosis for many years. This allows us to continue our business and feel a part of the community.

What was the reaction of your family and friends when you were diagnosed with the disease? Are they understanding of your challenges of the disease?

Both Tamara and Terry are very fortunate to have very loving and supportive family members. Our father took the diagnosis the hardest. As we lost our mother around the same time. He was a widow at the age of 48, scared and did not know a lot about the disease.

Both Tamara and Terry’s husbands are physicians and they understood what multiple sclerosis was. They have always been very supportive for both of us even as aggressive as our MS is for us today. Our children are precious, and they have only known us with this disease. I’m sure they are scared at times seeing us as disabled as we are, but they have each other to confide in. We are so fortunate. They are also very close.

You both have a blog and have also decided to talk about multiple sclerosis through various social networks and media channels. What messages do you want to convey through this?

We decided back in 2019 that we had a story to tell. We are mirror image twins, which means Tamara is a right handed gal and Terry is a left-handed gal. Because we were identical, twins, living with multiple sclerosis we were interesting.

We want to be inspirational for others, living with chronic illnesses, or for healthy people to be a lift me up that all things can be done even faced with adversity.

We enjoy being motivational speakers. We enjoy doing podcast and YouTube. We speak to all type of people living with multiple sclerosis such as Montel Williams, Tyler, Campbell, and other people that live with chronic illnesses, and or treat chronic illnesses. If you look at our website, you can see the vast variety of information that we provide. We get so much joy being creative each and every day. We post almost daily on Instagram and or LinkedIn. We have created our accounts and blog to share the good, the bad and the funny of our lives. Our aim is to inspire, empower, support and educate others about the challenges of MS while also showing the positives that have followed. Our intent is to simply tell our story, imperfections and all, and hope that it connects and resonates with those going through the life journey of chronic illness, their families and friends, or anyone who enjoys our outlook and experiences. We want our followers to take our experiences we share and hopefully connect with us by commenting and sharing their stories as well.

Our plans for the future are quite simple, to tell our story, and to make a difference 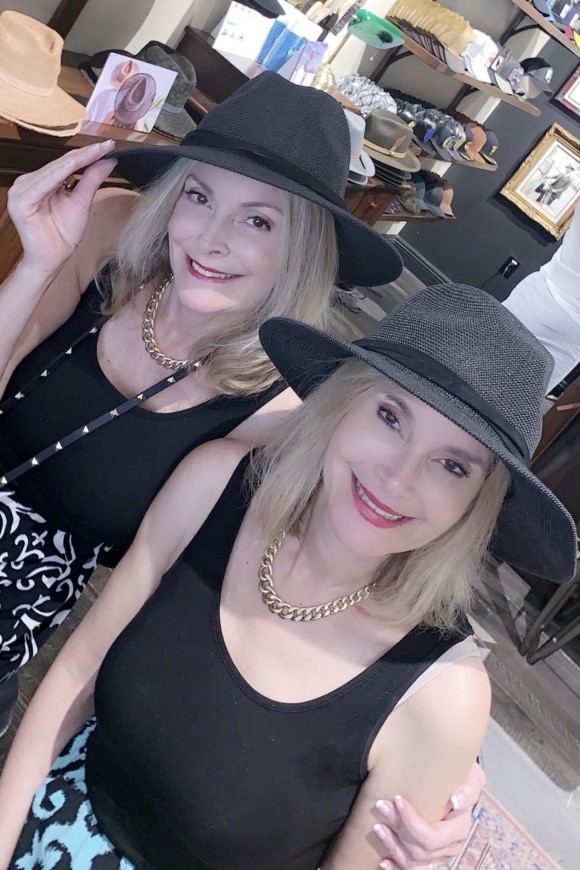 What advice would you give to others who are also affected by multiple sclerosis?

Our advice is to stay strong, positive. You always have a friend and someone to talk to you by reaching out to Tamara and Terry at Twins Coast To Coast. Do not to allow your bad days to get a hold of your life and take you down mentally or have it affect you physically.

A big thank you to Terri and Tamara for this interview!

Lizzi is a content creator at Carenity specializing in writing health articles. Lizzi holds an MBA in Corporate Social Responsibility from Audencia Business School in Nantes, France. On the personal side, Lizzi... >> Learn more

Has anyone ever tried N-acetylglucosamine (GlcNAc)?