What are the clinical research avenues in certain rare diseases?

Bullous pemphigoid, dermatomyositis, polymyositis, myasthenia gravis, chronic inflammatory demyelinating polyneuropathy, and warm autoimmune hemolytic anemia are all rare autoimmune diseases. An autoimmune disease is a disease caused by the immune system malfunction, when instead of defending the body against microorganisms and tumors, it attacks the body itself.

Researchers are trying to improve treatment for these conditions, which is not easy. Since these diseases are all autoimmune conditions, some treatments and some hopes for treatment overlap.

So what avenues of research are being pursued? What new drugs could be marketed in the near future?

This article is not about listing all the drug candidates that are currently being tested, for six diseases mentioned above. Research is ongoing, and a lot of treatments are the subject of clinical trials. During these trials, some avenues will have to be abandoned because of the lack of efficacy of the experimental drug, or because of its toxicity. But the use of other drugs will be approved and will improve the existing treatment options for patients.

As we explain in the article “Bullous pemphigoid: Dr Antoine Seignez answers all your questions!”, corticosteroid therapy gives very satisfactory results most of the time. If it doesn't, your doctor may prescribe immunosuppressants. Immunosuppressants are drugs that suppress the immune system, so they are effective against autoimmune diseases.

Scientific research is mainly focused on the use of monoclonal antibodies with immunosuppressive activity for treating bullous pemphigoid, as this type of treatment has been effective in treating other diseases. Monoclonal antibodies are a family of biological drugs with very specific targets, in this case, certain elements of the immune system. Thus, the activity of the immune system is reduced, and the autoimmune disease is under control. For example, omalizumab, ustekinumab, and dupilumab are monoclonal antibodies that are currently tested in clinical trials in bullous pemphigoid.

Corticosteroid therapy and sometimes immunosuppressants are also prescribed to treat dermatomyositis. But this disease is often resistant to treatment.

Scientists and doctors are exploring the effectiveness of monoclonal antibodies (for example, ravulizumab) and new generation anti-inflammatory drugs (for examples, tofacitinib, baricitinib). Inflammation is a combination of phenomena that supports the immune response, in this case the harmful autoimmune response; by reducing inflammation, researchers hope to cure dermatomyositis.

>> To learn more about dermatomyositis, click here to read our article! <<

Polymyositis is very similar to dermatomyositis, except for the fact that the former affects the muscles, while the latter generally affects muscles and skin. Both conditions are treated similarly, and their avenues of research overlap. Numerous clinical trials are currently evaluating the effectiveness of a new treatment for both diseases at the same time.

Another rare autoimmune disease, myasthenia gravis is treated with corticosteroids and / or immunosuppressants, and, as in the case of the above-mentioned diseases, monoclonal antibodies (for example, nipocalimab) and anti-inflammatory drugs (for example, tolbrutinib) are the main subject of clinical research in this field.

Drugs that target autoantibodies, that is, antibodies that the body produces by mistake, to act against the body itself, are being particularly studied. One of them is nipocalimab which, along with efgartigimod, has shown promising results in a recent clinical study.

>> To learn more about myasthenia gravis, click here to read our article <<

This set of very similar diseases is treated either by corticosteroid therapy, or by polyvalent immunoglobulins (drugs that rebalance the immune system), or by plasmapheresis (blood plasma exchange), and rarely by immunosuppressants.

Numerous clinical trials in these diseases focus on polyvalent immunoglobulins. For example, those injected subcutaneously are compared in terms of effectiveness to those injected intravenously; the subcutaneous route allows for more convenient injection and a longer shelf life of the drug. In addition, researchers are studying the benefits of antioxidants. These medicines, such as lipoic acid, could supplement the usual treatment. This is because antioxidants are able to stabilize the functions of the nerves.

Corticosteroid therapy is the main treatment for this disease.

As in the case of most autoimmune diseases, monoclonal antibodies are a major research avenue. In addition, parsaclisib, a new drug used in certain cancers, is being tested for its inhibition of B lymphocytes. B lymphocytes are a type of cells that produce all the antibodies, including warm autoantibodies. By inhibiting them, we reduce the production of autoantibodies, which stops the development of the disease. 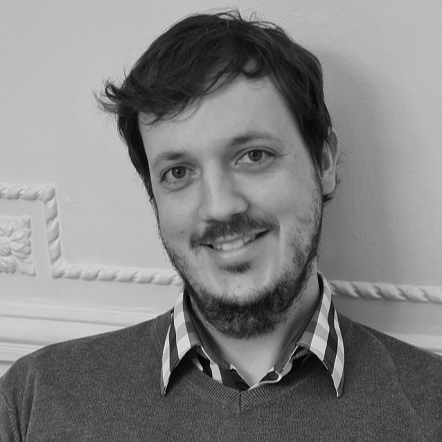 Antoine holds a PharmD and a PhD in life sciences, specializing in immunology. He studied at the University of Burgundy in France. Several of his research projects have been published in international... >> Learn more