What is the pituitary gland?

To fully understand what pituitary neuroendocrine tumors (pitNET) are, we first need to understand what the pituitary gland is and its role. Also called the hypophysis, it is a small gland located at the base of the brain, near the optic nerves, in a bony hollow called the sella turcica. It is controlled by the hypothalamus.

It is composed of 2 lobes: an anterior lobe (adenohypophysis or pars anterior), which counts for 80% of the weight of the gland, and a posterior lobe (neurohypophysis).

The 6 main hormones secreted by the anterior lobe are:

Oxytocin (which stimulates uterine contraction and milk production) and Vasopressin (antidiuretic hormone that helps the body conserve water and prevent dehydration) are secreted by the posterior lobe.

All these hormones work remotely on different target organs, via the bloodstream, to control their functions.

What is a pituitary neuroendocrine tumor?

A pituitary neuroendocrine tumor (or pituitary adenoma) is a benign tumor on the pituitary gland (usually on the anterior lobe or adenohypophysis).

It can be detected due to the compression of nearby structures such as the optic nerve (which leads to blurred vision, headaches, etc.) or the excessive production of certain hormones (causing menstrual disorders, breast discharge, changes to the face or hands, diabetes, high blood pressure, etc.). In the latter case, it is called a functional pituitary adenoma.

The case of acromegaly

Acromegaly is a condition caused by pituitary neuroendocrine tumors (pitNETs). These tumors secrete too much growth hormone (GH), which in turn leads to excessive production of another hormone called IGF-1 (insulin-like growth factor).

In adults, the condition manifests itself through a gradual increase in the size of the face and extremities (hands and feet). There is the abnormal enlargement of the hands (evidenced by difficulty putting on or taking off rings, for example) and feet (increase in shoe size). Changes in facial features is common and can be quite prominent: an enlarged or protruding forehead, prominent cheekbones, thickened nose, lips and tongue, an enlarged jaw, a protruding chin (prognathism), and widely-spaced teeth. The voice may also become hoarse and deep. 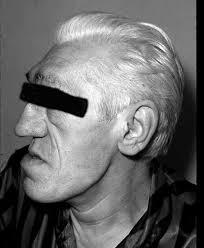 The slow and subtle development of the condition over several years can be seen by comparing current and past photographs of the patient.

If this excess secretion of GH occurs in childhood before the growth plates have closed, it is considered gigantism.

>> Read more about this condition in our Acromegaly Fact Sheet!

The case of Cushing's disease

Cushing's disease is a condition caused by excessive secretion of cortisol (hypercortosolism), which in itself is caused by pitNETs. It is ACTH-dependent: ACTH (adrenocorticotropic hormone), when produced in excess, triggers the adrenal glands to excrete cortisol, the "stress hormone". Cortisol plays many rolls in the body; it regulates carbohydrate, protein and lipid levels, but also inflammation, blood pressure and bone growth, in addition to stress. 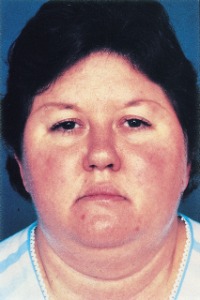 It should also be noted that Cushing's syndrome (different from Cushing's disease) can also be non ACTH-dependent with, for example, long-term treatment with glucocorticoids that regulate glucose and protein metabolism (Prednisone, Betamethasone).

>> Read more about this condition in our Cushing's syndrome Fact Sheet!

Common complications of these pathologies

Acromegaly and Cushing's disease are caused by a hypersecretion of hormones (GH and cortisol, respectively) that affects many organs in the body. They can therefore lead to a variety of complications, most of which are common to both diseases. On a metabolic level (all the chemical reactions within the body that produce energy), diabetes (excessively high blood sugar levels) and dyslipidemia (abnormally high cholesterol and/or triglycerides) are common.

The risk of high blood pressure is also significant in both conditions.

Finally, many other disorders (cardiovascular, bone, psychological with repercussions on quality of life) are common: sleep apnea, joint pain, headaches and sleep disorders in patients with acromegaly, osteoporosis and muscle fatigue, particularly in Cushing's disease patients.

Common treatments for these pathologies

Surgical removal or excision of the pituitary adenoma responsible for excess secretion of GH or ACTH is often the first-line treatment of choice. Today, the operation is performed using microsurgical and endoscopic techniques. The removal of benign pituitary tumors is done via the nasal (or transsphenoidal) route.

In about 80% of cases, surgery results in remission and normal hormone secretion. However, the success of this operation depends on the size, invasiveness and accessibility of the adenoma.

Several drugs have been shown to be effective in reducing hormone levels. These drugs are used to complement surgery, or to replace it when an intervention is not possible.

In such situations, long-acting somatostatin (growth hormone-inhibiting hormone) analogs (like Octreotide-SANDOSTATIN®) are prescribed for acromegaly. Bromocriptine-PARLODEL® (a dopamine agonist) may also decrease GH and Pegvisomant-SOMAVERT® (a GH receptor antagonist) may reduce the effects of GH and lower IGF-1 levels in acromegaly.

For Cushing's disease, the patient's general condition should first be improved by a high-protein diet and potassium if necessary. If clinical symptoms are severe, it may be desirable to block corticosteroid secretion with Metyrapone-METOPIRONE® (which temporarily inhibits cortisol biosynthesis).

Finally, radiotherapy uses radiation (X-rays, gamma rays, electrons, etc.) to destroy adenoma cells. Its effect is not immediate and its side effects are varied (hormonal imbalance with lack of menstruation, impotence, sensitivity to the cold, etc.). This technique is therefore generally prescribed only as a complement to surgical and/or medicinal treatment. However, techniques allowing more targeted irradiation are now used such as Gamma Knife or CyberKnife.

Acromegaly and Cushing's disease are not the only conditions involving functional pituitary tumors. Prolactinoma (prolactin-secreting adenomas) are the most common type of pituitary tumor seen clinically, but there are also rare cases of central hyperthyroidism (TSHomas) or functional gonadotroph adenoma. These are non-cancerous (benign) pituitary adenomas, but they cause damage to many tissues and various complications in those affected.

Was this article helpful to you?
Feel free to share any thoughts or questions you may have with the community in the comments below! 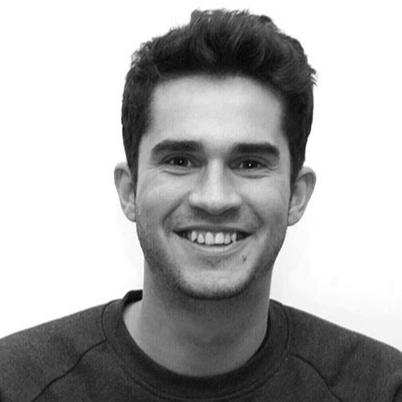 Great information  thank you,  any advice about pituatry  problems have been so helpful to myself and my poor suffering husband, so thank you so much Carole

Did you have any of the risk factors prior to your diagnosis?

How do you manage your lupus fatigue?

How are your NETs being treated?