Multiple sclerosis: Does diet have an impact on MS? Carenity members share their opinions!

Multiple sclerosis is a chronic inflammatory autoimmune disease that attacks the central nervous system. In the majority of cases, MS progresses slowly and its progression depends, among other things, on the frequency and severity of flare-ups.

Diet may have a role to play in slowing down the progression of the disease.

But is this true? Could a specific diet slow down the frequency and intensity of multiple sclerosis flares?

We conducted a survey amongst 95 members in France, the United States and the United Kingdom. Discover what they had to say!

95 members responded to our survey in France, the United States and the United Kingdom

We conducted a survey from June 14-30 2021 involving members from the Carenity community who are living with multiple sclerosis in France, the UK and the US. We asked them if their diet had changed since diagnosis.

The average respondent was diagnosed with multiple sclerosis 14 years ago. 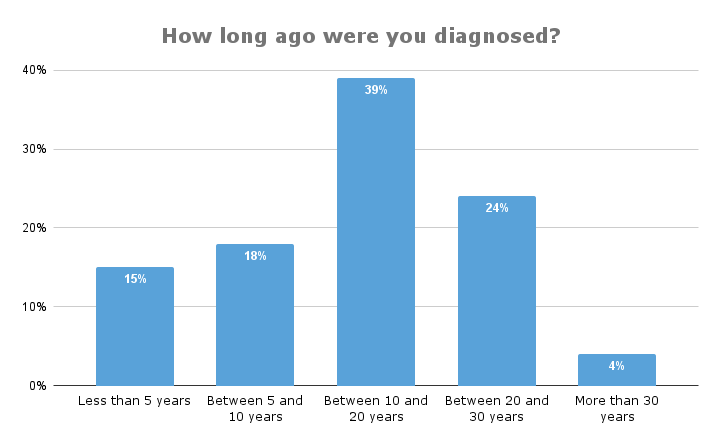 100% of respondents have changed their diet since diagnosis

All members interviewed indicated that they have modified their diet since they were diagnosed with multiple sclerosis.

42% of respondents changed their diet for one of the following reasons:

The benefits that members derive from this change in diet are as follows: 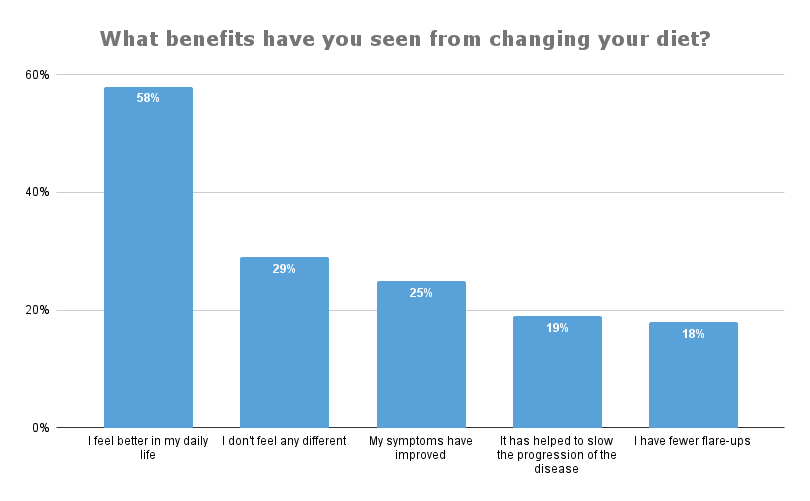 The changes that members have made in their eating habits are as follows: 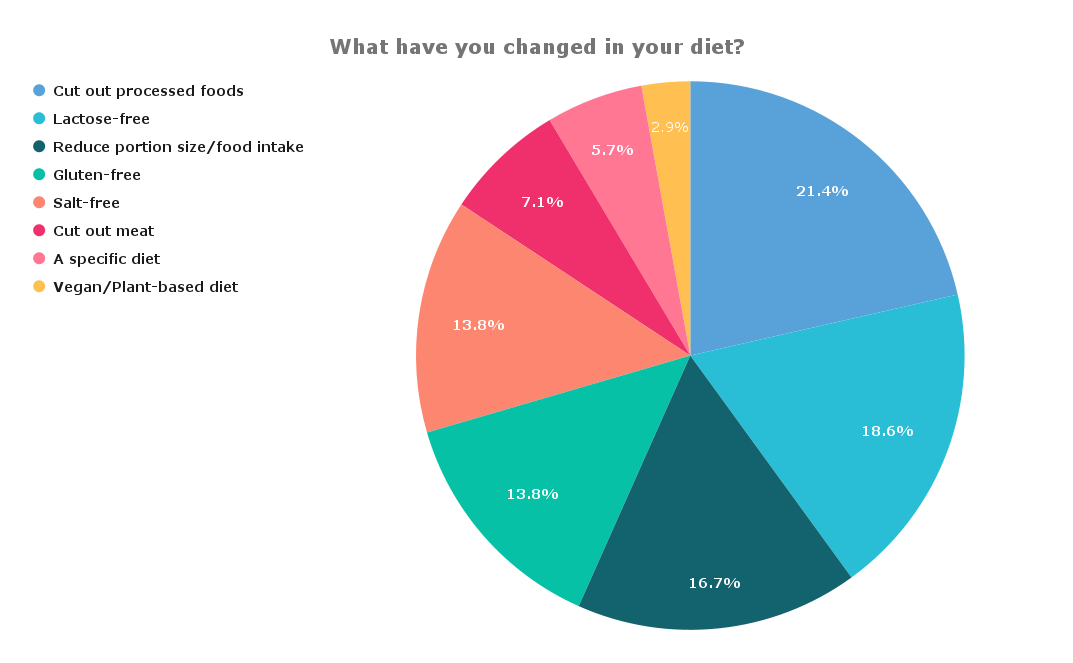 Members are also eating much more fruit and vegetables, most of which are organic and in season. Many have completely eliminated sugar from their diet.

So far, there is no scientific evidence to show a correlation between diet and slowing the progression of multiple sclerosis.

However, the medical profession tends to agree that a balanced diet promotes general health.

Thus, for patients with multiple sclerosis, diet contributes to physical well-being and helps prevent the onset of other health conditions.

Experts recommend a varied diet, enriched with fruit and vegetables, and a reduced intake of meat and fat.

Weight gain, as well as bowel and bladder problems, which usually accompany multiple sclerosis, can be positively influenced by diet.

In day-to-day life, the experts recommend the following practices:

A varied and balanced diet can therefore have a real impact on the general well-being of multiple sclerosis patients and reduce the risk of developing a secondary illness.

Data obtained from a Carenity survey conducted in France, the United Kingdom and the United States from June 14-30, 2021.

I was diagnosed with multiple sclerosis 1 month after I turned 47. My grandma is 95 and has had it since she was in her 20s. I have been on Copaxone, the first year was daily and later was on 40 mg 3 times a week which was supposed to help me. It made a tremendous difference for me at first. Although the fatigue is what really gets to me. When I do too much I do start to feel weak, but I had no other choice because my neurologist said this is the only medication for MS. I quit my job because I was a liability, There has been little if any progress in finding a reliable treatment. Around 7 months ago I began to do a lot of research and was introduced to the Health Herbs Clinic and their effective Multiple Sclerosis treatment. When I started the MS treatment I felt like a miracle had happened. Feel as good as I can feel. Started driving including on a freeway. The herbal treatment is a sensation.. “Just google openpaymentsdata and see how much your doctor is getting paid ! AWESOME!!! They make money while we suffer.” I Just wanted to share for people suffering from this disease to visit healthherbsclinic. com it’s a 10 out of 10 from me! I Adhere anyone reading this to try natural approach.