Baricitinib — a medicine approved in the U.S., Europe, and Japan for rheumatoid arthritis — can significantly improve symptoms of systemic lupus erythematosus (SLE), the treatment’s maker, Eli Lilly, and its partner Incyte  announced. 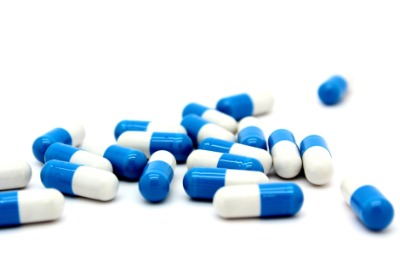 This is the first completed Phase 2 trial for baricitinib (brand name, Oluminant) in SLE patients, and likely opens the door to Phase 3 trials.

Results of the Phase 2 trial (NCT02708095) were presented in June at the Annual European Congress of Rheumatology (EULAR 2018) in Amsterdam.

They are also the focus of the study, “Baricitinib for systemic lupus erythematosus: a double-blind, randomised, placebo-controlled, phase 2 trial,” recently published by The Lancet.

“Despite existing treatments for SLE management, there is a significant need for innovation and alternative treatment options to help patients manage their disease,” Lotus Mallbris, MD, vice president of immunology development at Lilly Bio-Medicines, said in a press release. “We are very happy to share these data suggesting baricitinib’s impact on disease activity and symptoms that matter to patients, including joint pain, and look forward to further investigation of this important new compound in Phase 3 trials.”

Only one medication — Benlysta (belimumab) — has been approved to treat SLE in the past 50 years.

Baricitinib, a pill, is a selective inhibitor of Janus kinase (JAK1 and JAK2). The medicine was also hypothesized to have beneficial effects in patients with SLE, which led researchers to conduct the Phase 2 trial, with patients randomly assigned a daily dose of a placebo, baricitinib 2 mg, or baricitinib 4 mg.

It enrolled 314 patients from with active SLE — showing symptoms in the skin and joints — in 11 countries. The trial’s primary goal was to evaluate the proportion of patients whose symptoms of arthritis or skin rash were completely gone at week 24, as defined by the Systemic Lupus Erythematosus Disease Activity Index-2000 (SLEDAI-2K).

After 24 weeks, 67% of patients taking 4 mg of baricitinib daily were clear of arthritis or rash associated with SLE, while 58% of those on the 2 mg dose had a similar outcome. Among placebo-treated patients, 53% also showed this response.

These findings demonstrate that taking 4 mg of baricitinib — but not 2 mg — once a day significantly improves symptoms for patients with active SLE, the researchers said.

Serious infections were reported in 6% of those on 4 mg, compared with 1% of those taking the placebo. There were no deaths, malignancies, or major complications, such as cardiovascular events, tuberculosis, or serious herpes zoster infections, associated with baricitinib.

“Notably, these Phase 2 data showed improvements in pain associated with SLE, one of the more challenging symptoms for these patients, and I look forward to the investigation of baricitinib in Phase 3 trials for SLE,” said Daniel Wallace, MD, lead author and professor of medicine and associate director of the Rheumatology Fellowship Program at Cedars-Sinai Medical Center in Los Angeles.

Lilly is planning to launch a Phase 3 safety and efficacy trial in SLE  patients later this year.

Lupus: How is it diagnosed and how to interpret test results?

Lupus: Contraception and planning for pregnancy