Medical cannabis was found to safely and significantly reduce chronic pain in older patients with multiple sclerosis (MS) and a wide range of other conditions, researchers in Israel report. 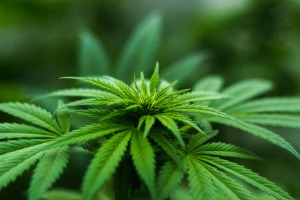 Led by scientists at Ben-Gurion University of the Negev (BGU) and the Cannabis Clinical Research Institute at Soroka University Medical Center, the study was published in the European Journal of Internal Medicine under the title “Epidemiological characteristics, safety and efficacy of medical cannabis in the elderly.”

Researchers evaluated the safety and efficacy of treating older adults, ages 65 and above — a growing patient population — with medical cannabis. The study included 2,736 patients with a mean age of 74.5, who received medical cannabis from January 2015 to October 2017 at a specialized clinic and agreed to answer a questionnaire.

The group included people with MS, Parkinson’s disease, cancer, post-traumatic stress disorder (PTSD), ulcerative colitis, and Crohn’s disease. Most were prescribed cannabis treatment for pain, particularly that due to cancer and its treatments.

More than 33 percent used cannabis-infused oil, about 24 percent inhaled or smoked the cannabis, and around 6 percent used vaporization.

Data showed that after six months of medical cannabis treatment, the vast majority of patients reported moderate to significant improvements in their condition, with more than 93.7 percent — of 901 respondents — reporting a significant decrease in pain levels (declining from a median of eight on a 10-point scale to four). Approximately 60 percent of these respondents also reported an improved quality of life.

At six months, researchers also found a significant decline in the number of reported falls.

Medical cannabis was also found to lead to a decrease in the use of prescription medicines, including opioids — about 18.1 percent of patients stopped using opioid analgesics or reduced their dose.

Opioids are a class of drugs that includes powerful prescription painkillers, and have become a public health problem in recent years due to their addictive nature. Opioids bind to an area of the brain that controls pain and emotions, driving up levels of dopamine (our feel-good hormone) in the brain’s reward areas and producing an intense feeling of euphoria.

“While older patients represent a large and growing population of medical cannabis users, few studies have addressed how it affects this particular group, which also suffers from dementia, frequent falls, mobility problems, and hearing and visual impairments,” Victor Novak, MD, head of the Soroka Cannabis Clinical Research Institute and a senior study author, said in a press release.

The most commonly reported adverse side effects were dizziness (9.7 percent) and dry mouth (7.1 percent).

The researchers emphasized that while cannabis may decrease the use of other prescription medicines, like opioids, it is imperative for the scientific community to gather evidence-based data, including data from clinical trials, in this particular patient population.