The findings of a new study might hold promise for the future of treating chronic autoimmune conditions such as systemic lupus and autoimmune liver disease, according to its authors. 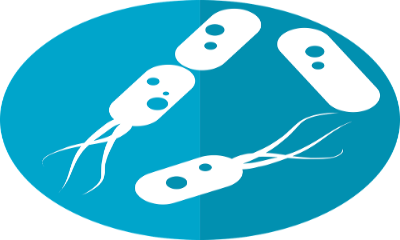 In the study, researchers from Yale University in New Haven, CT, discovered that bacteria in the small intestine can travel to other organs and induce an autoimmune response.

Importantly, the team also found that this reaction can be treated by targeting the bacteria with an antibiotic or vaccine.

The study results were recently published in the journal Science.

According to the National Institutes of Health (NIH), around 23.5 million people in the United States are affected by autoimmune diseases.

A variety of autoimmune conditions have been linked to bacteria in the gut. Using a mouse model, the Yale team specifically looked at a bacterium called Enterococcus gallinarum, which can travel beyond the gut to the spleen, lymph nodes, and liver.

The team found that E. gallinarum provoked an autoimmune response in the mice when it traveled beyond the gut.

The researchers were able to replicate this mechanism using cultured human liver cells, and they also found E. gallinarum to be present in the livers of people who have autoimmune disease.

By administering an antibiotic or vaccine to target E. gallinarum, the scientists then found that it was possible to suppress the autoimmune reaction in the mice and prevent the bacterium from growing.

"When we blocked the pathway leading to inflammation," says senior study author Martin Kriegel, "we could reverse the effect of this bug on autoimmunity."

Kriegel adds that the team plans to further study the biological mechanisms that are associated with E. gallinarum and the implications that they might have for systemic lupus and autoimmune liver disease.

The new study complements previous studies that have uncovered a link between gut bacteria and autoimmune diseases.

Studies in mice, for example, have found that the colonization of the gut by some bacteria can lay the groundwork for the development of autoimmune disorders in the future.

These bacteria can cause changes in the tissue of the gut, resulting in the production of antibodies that attack cells in conditions such as systemic lupus.

The study, published in the journal Applied and Environmental Microbiology, showed that species of Lactobacillus in the gut of a lupus mouse model were linked to a reduction of lupus symptoms, while the Lachnospiraceae bacteria were associated with worsening symptoms of lupus.

"The use of probiotics, prebiotics, and antibiotics," said Husen Zhang, first author of that study, "has the potential to alter microbiota dysbiosis, which in turn could improve lupus symptoms."

This gut bacteria  makes a lot of sense to me, thank you?

Lupus: How to read your blood tests?

How do you manage your lupus fatigue?

Looking for support - find it here in this discussion

What symptoms and complications would you want to get rid of?

Lupus Symptoms and How to Mitigate Them

Can lupus cause hair loss? How to cope?

How to treat recurring anemia with lupus?

Sun and Lupus - what sunscreen and protective measures do you use?