Deciding on what therapy to use is a tough decision for people with MS and their doctors. That’s especially true for someone who is newly diagnosed. Do you go with a disease-modifying therapy (DMT) that’s easy to take and has few serious side effects, but whose efficacy may not be as much as one of the newer treatments? Or, do you choose one of the newer DMTs, whose benefits may be great but whose risks may be greater than other medications? This report says pills are still tops, but at least one of the new DMTs is gaining popularity.

Oral disease-modifying therapies (DMTs) are the most common first choice of treatment for people newly diagnosed with multiple sclerosis (MS) in the United States, an analysis reports. Antibody-based DMTs like Ocrevus, however, are emerging competitors.

Spherix Global Insights, a market research and analysis company, states that one in every five new MS patients in the U.S. start treatment with oral DMTs due to their preference for these formulations, according to its second annual new start patient chart audit.

Can a software program that analyzes data be used to spot someone who’s likely to be diagnosed with MS? This company says it has developed one that can spot diseases before doctors or other tests. Frankly, I find this hard to believe, but read the article and judge for yourself.

IQuity, a data analytics company, announced the launch of an analytics platform that uses machine learning to predict, identify, and monitor chronic disease within large populations of patients, including multiple sclerosis (MS).

The platform was validated using a pilot study that assessed the healthcare claims of 20 million people in New York, which encompassed four billion data points. IQuity focused on using these data to predict the onset of MS.

Results showed that the approach was able to predict, with greater than 90 percent accuracy, the onset of MS within the New York population at least eight months before traditional methods would enable a diagnosis of the disease.

Hardly a month goes by, it seems, without a mouse study involving remyelination. This is another one and it involves a process called phagocytosis and immune cells called microglia. It seems to add weight to the hope that a way will be found to repair our short-circuited nervous systems, but I sure wish researchers could speed things up.

The research, “mCSF-Induced Microglial Activation Prevents Myelin Loss and Promotes Its Repair in a Mouse Model of Multiple Sclerosis,” was published in the journal Frontiers in Cellular Neuroscience. 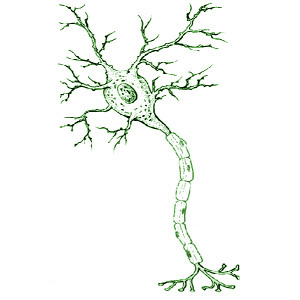 Here’s more hope that a way can be found to remyelinate damaged nerves. This study involves an enzyme known as PRMT5. And, yes, it’s another mouse study.

A better understanding of the processes behind a continual and healthy renewal of myelin — the fatty, protective substance wrapping nerve cell fibers — may now exist. Researchers identified an enzyme, called PRMT5, that they believe regulates the number of myelin-producing cells in the brain and spinal cord.

I believe remylination is going to be the only “cure” ... unfortunately as one ages and RRMS usually turns to SPMS atrophy starts to occur (I learned this and was shown on my own MRI by my Rheumatologist strangely and not my neurologist who is often seeming rushed) so I wonder if there’s anything to be done with that? In SPMS atrophy sometimes moves faster than new lesions from what I’ve read. I don’t worry and dwell on this though as that’s not productive, just mull things over when I read articles such as the above. Interesting reading. Thank you.

@LynndMS‍ I agree LynndMS. I wish there was something that could just create remylination. I have tried everything! I also read such articles because they are interesting.

Multiple sclerosis: "It is very difficult to accept everything that is happening to you"

Multiple sclerosis: what are the different types of the disease?

Multiple sclerosis: “I haven't had a flare-up for many years!”