Singer and actress Olivia Newton-John has opened up about a third diagnosis for cancer, saying she believed she would "win over it". 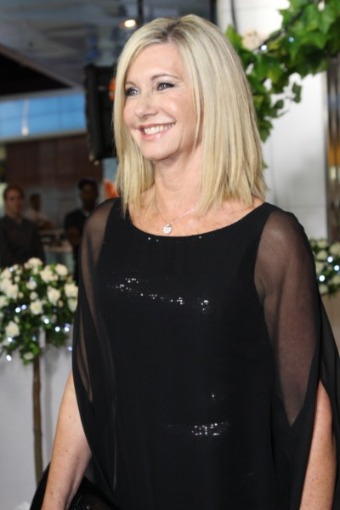 Newton-John survived her initial breast cancer diagnosis in 1992 but revealed that it had returned in 2013.

A third diagnosis, of a tumour in the lower back, was made last year.

The new diagnosis is stage 4 breast cancer that has metastasized to the spine.

In the emotional interview on Sunday Night, she said: "I'm one of millions in this fight. I shouldn't say fight... in this journey.

"A lot of people see it as a fight, and wherever you choose to see it, that's your prerogative. I see it as part of my mission."

She said the natural treatments were "doing really well", although radiation therapy was also involved.

"I believe I will win over it and that's my goal."

Newton-John called on Australia to adopt the laws of the US state where she lives, California, and allow the medicinal use of marijuana.

"My dream is that, in Australia soon, it will be available to all the cancer patients and people going through cancer that causes pain," she said.

The four-time Grammy award winner admitted to moments of despair but said she had "an incredible career" and "nothing to complain about".

After surviving her cancer diagnosis in 1992, Newton-John became a prominent campaigner, setting up the Olivia Newton-John Cancer and Wellness research centre in Melbourne.