Small molecule could make a big difference for arthritis patients

Will there come a time when a patient with arthritis can forgo joint replacement surgery in favor of a shot? Keck School of Medicine of USC scientist Denis Evseenko, MD, PhD, has reason to be optimistic. 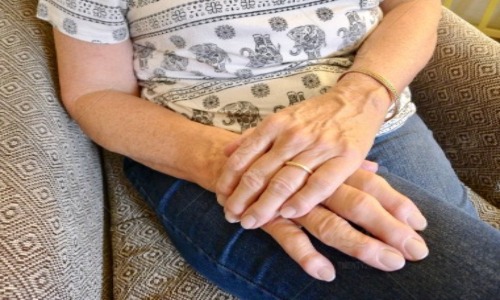 In a new publication in the Annals of Rheumatic Diseases, Evseenko's team describes the promise of a new molecule aptly named "Regulator of Cartilage Growth and Differentiation," or RCGD 423 for short.

As its name implies, RCGD 423 enhances regeneration while curbing inflammation. When RCGD 423 was applied to joint cartilage cells in the laboratory, the cells proliferated more and died less, and when injected into the knees of rats with damaged cartilage, the animals could more effectively heal their injuries.

RCGD 423 exerts its effects by communicating with a specific molecule in the body. This molecule, called the glycoprotein 130 (Gp130) receptor, receives two very different types of signals: those that promote cartilage development in the embryo, and those that trigger chronic inflammation in the adult. RCGD 423 amplifies the Gp130 receptor's ability to receive the developmental signals that can stimulate cartilage regeneration, while blocking the inflammatory signals that can lead to cartilage degeneration over the long term.

Given these auspicious early results, the team is already laying the groundwork for a clinical trial to test RCGD 423 or a similar molecule as a treatment for osteoarthritis or juvenile arthritis.

"The goal is to make an injectable therapy for an early to moderate level of arthritis," says Evseenko, associate professor of orthopaedic surgery. "It's not going to cure arthritis, but it will delay the progression of arthritis to the damaging stages when patients need joint replacements, which account for a million surgeries a year in the U.S."

Evseenko sees RCGD 423 as a prototype for a new class of anti-inflammatory drugs with a very broad range of indications. His lab has already developed several structural analogs of RCGD 423 with varying biological effects and potency. In a previous study published in Nature Cell Biology, RCGD 423 was shown to activate stem cells to make hair grow. The lab is partnering with scientists at USC and beyond to explore the broader potential of these molecules to treat rheumatoid arthritis, jaw arthritis, lupus, neurological and heart diseases and baldness, as well as to maintain pluripotent stem cells in the laboratory.

Have or are you working with rheumatoid arthritis? How does RA affect it? Share your experience

What treatments have you tried for rheumatoid arthritis? What works for you?

Is it hard to lose weight with Rheumatoid Arthritis?

Does rheumatoid arthritis cause water retention?