Daniel67, a member of the Carenity community in France, has Parkinson's disease. In 2013, he started conventional treatments for Parkinson's disease until his neurologist suggested deep brain stimulation (DBS). He made the decision to have the surgery in 2019. He graciously accepted to take a look back with us on the past 3 years since the implantation.

Hello Daniel67, thank you for agreeing to share your story with us on Carenity!

Hello, my name is Daniel, I will be 63 years old next July and in October 2022 it will be 10 years since my Parkinson's diagnosis. I am married, we have 2 beautiful daughters and 2 grandchildren who are our catalysts and give us the energy to get through this COVID-19 period as best as possible. I am retired since 2020. I have not worked since 2016, being on disability.

I was a passionate person, everything interested me. I painted a lot, especially reproductions of masterpieces such as Dali, Picasso, Toffoli, Munch... I loved sailing, I also have a paramotor pilot's license.

In 2011, I was having a hard time at work. I was dealing with a lot of stress that I couldn't manage anymore and this pushed me to take a 6 month sabbatical with my wife. In 2015 we went on a tour of Europe, passing through the North of France, the Scandinavian countries, the Baltic States and finally Spain and Portugal. 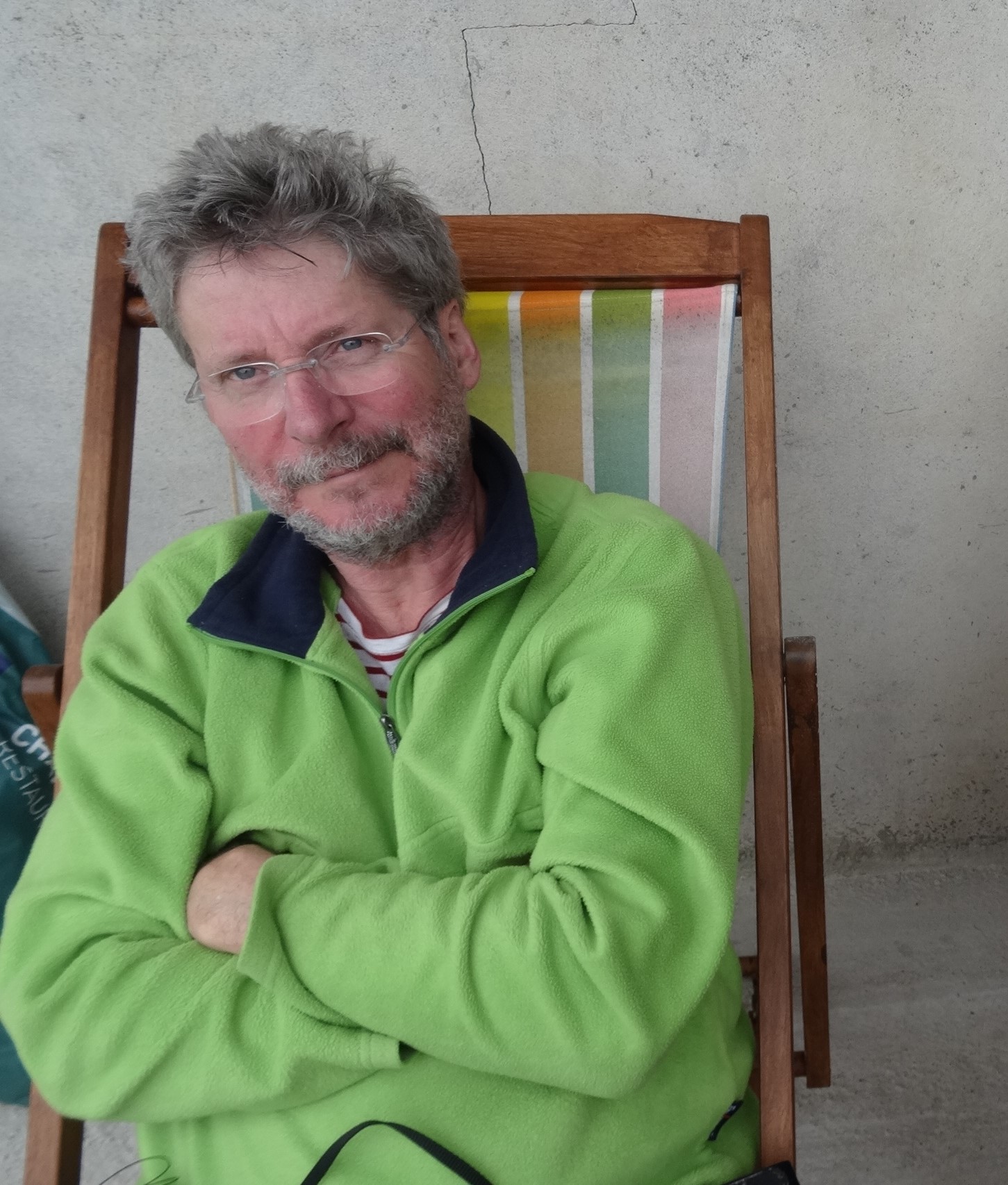 You are living with Parkinson's disease and previously shared your story with us in 2020. Could you remind us of your journey with Parkinson's? What were your initial symptoms and treatments?

In October 2012, my colleagues at work told me that I was walking like a zombie, even I noticed that my left arm was no longer swinging naturally and I'd often trip over my left foot.

After that, I went to see my doctor, who, suspecting Parkinson's disease, sent me to a neurologist. He confirmed the diagnosis.

I started treatment 6 months after the diagnosis. I started with Ropinirole, first 6mg/day then 20mg/day. During this period I started being nasty to my wife because the medication made me really jealous.

At the end of 2015, when we returned from our sabbatical, I went to see the Parkinson's expert center at the CHU in Strasbourg and the neurologist completely changed my treatment. I was still taking 6mg of Ropinirole and Levodopa.

Then, as the symptoms increased, in particular the freezing and issues when walking, my medication intake followed the same upward trajectory.

In 2019, you decided to turn to deep brain stimulation (DBS). Could you tell us about your experience? Why did you choose to undergo the operation?

In January 2018, my neurologist started talking about deep brain stimulation and he suggested I start the tests to see if I was eligible for the operation.

It took almost a year and towards the end of 2018 I found out that I was eligible to have the neurostimulators implanted in my brain.

I could see myself going on long, beautiful walks again. We had been walking the Camino de Santiago one week a year since 2011. I was convinced that my life would go back to the way it was before this illness.

As you mention below, I wrote my first book "Parkinson, ma renaissance grâce à la neurostimulation" (Parkinson's: My Rebirth Thanks to Deep Brain Stimulation) published by Editions du Panthéon, where I recount this whole period from the day the neurologist proposed it to me until the operation.

3 years later, could you tell us what you think of deep brain stimulation? Are you happy with your decision? Why or why not?

I can't say I'm satisfied because I expected my symptoms to improve over time. But what is certain, too, is that I don't know how I would be if I hadn't done it and, in my opinion, given my condition before the DBS, I was right to agree to undergo the operation.

In my two books, I wrote that if you are ever offered it, you should get over your fears and go for it. I know people who are doing better than I am after DBS and their lives are being transformed.

If you refuse the operation, you run the risk of regretting it later on and after 70 years of age it's over, surgeons will refuse to operate.

How has your Parkinson's evolved since you first shared your story with us? What are your day-to-day symptoms?

It is often said that every Parkinson's sufferer develops their own special form of Parkinson's that's unique to them. This is true, and I think that in my case I have brought together all the different possible symptoms of the disease.

What frustrated me a lot was to realize, without my being prepared for it, that this disease and its evolution constantly generates new symptoms. For example, in the morning when I get up and until I take my first medication, my vision is blurry. This is another recent symptom I've been dealing with. Swallowing issues and having things go down the wrong way when I eat are also a growing problem for me.

Speaking with the increasingly disabling stammer is another problem that has arisen over time.

At present I am on 6mg Ropinirole, 10 tablets of Levodopa spread over the day and 1 tablet of Levodopa LP (LP = extended release) before bed. Walking is still a problem.

The second book I wrote is mainly about my daily life since the operation. I talk about my relationships with my family and friends, my wife, my joys and sorrows, without any limitations. All subjects are covered.

Writing it was like therapy for me. I felt better doing it.

For those who are "new" to this condition, it may also help them to be better prepared for what will happen to them in the future. My greatest frustration was discovering for myself all the effects related to the disease.

What are you plans for the future?

In December 2019, I took over the position of departmental delegate for the Bas-Rhin of the French Parkinson's disease organization, France Parkinson. I had not asked for anything and it was a few members of the committee who offered me the position following the resignation of the delegate at the time. I held this position for 2 years, I put a lot of energy and time into it. It was stressful, but I liked doing the "job".

However, at the end of 2021, I resigned because it was becoming too difficult to manage, as my illness was progressing, and I could no longer carry out my duties in good conditions. I felt like I was living only for and through the disease.

For the moment, my plans are to refocus on my family, my grandchildren and why not make myself useful to the organization from time to time.

We bought a second-hand camper van last year and we still intend to make the most of it to visit France.

What advice would you give to Carenity members who have questions about deep brain stimulation as a treatment option for Parkinson's disease?

Go for it! If you are offered DBS, don't hesitate. I don't know of anyone who was worse off after the procedure, but I've met quite a few people who are glad they did it. The improvement may or may not last, but it is worth a try!

With Parkinson's disease, I've gotten to know new people, patients, and caregivers that I would certainly not have met if I didn't have this disease. With Parkinson's, people from all walks of life come together and it's really nice!

Many thanks to Daniel67 for sharing his story with us on Carenity!