Lissa believed that life is 10% what happens to you and 90% how you react to it. Recount her inspiring story that did not bring an end to her active lifestyle but re-invigorated it instead. A flat breast cancer survivor and activist, Lissa lives life to the fullest, spreading her message of support and advocacy.

Thank you for agreeing to share your story with us on Carenity!

First of all, could you tell us more about yourself ?

Hi, I am Lissa Sears or Sears, as I am known on stage. I am a comedian (I do both stand up and improv), an actor and an ordained minister (yes, a minister with a pink mullet). And, speaking of mullets, I just won the Indiana State Fair USA Mullet Championship. I am a poker player – you gotta know when to fold ‘em – and an occasional character in the nationally published Jumble Puzzle in the newspaper (yes, they still exist). I am a motivational humorist, five-time published author in Urban Dictionary, and have been a Multiple Sclerosis warrior for the past 22 years. I am a Flat breast cancer survivor and a dedicated Flat activist, because we need to normalize flat.

I have two beautiful fur-children by adoption, Monkey, a Cairn-Terrier mix, and Dirty Bit, a Lhasa-Apso mix.

Early in 2014, my girlfriend and I were in the car. I said something snarky and she back handed me in the boob. After she hit me, I felt a lump and I knew in my gut what it was. I got a mammogram, my first and last, followed by a biopsy. A few days later I met with a breast surgeon who confirmed it was in fact, breast cancer.

At that appointment, I had asked for a piece of paper and pen and wrote down my commitments: 5K runs, a trip to Vegas, the Indianapolis mini marathon, Gay Pride month, and my “lezbhonest” 40th birthday trip to Mexico. I turned around and said to the nurse: “Well, here's my schedule for the next year. You will have to work around it because I may have cancer but this cancer does not have me!” I knew breast cancer could not be nearly as bad as my MS had been for the last 14 years.

What type of breast cancer do you have? What distinguishes this type of cancer from others?

When all the tests came back, they explained that I had IDC Stage Two and suggested I do chemo, surgery, and radiation. I was sure I was not going to do radiation because radiation had killed the nerves in my mom's back when she had colon cancer; I was firmly against this treatment.

What treatment did you receive? Were you satisfied with it? Did you experience any side effects?

I went through chemo which was all-inclusive of hair loss (including my nose hairs), finger nail loss and three stays in the hospital. I believe that life is 10% what happens to you and 90% how you react. I always had a good attitude and made friends with the nurses they always wanted me as their patient. As matter of fact, I'm still friends with most of the people and nurses that worked at the cancer center.

The main side effects from chemo were the mouth sores and neuropathy. I would probably say the worst side effect was that my MS got worse after chemo. It was so bad to the point that I could not walk without assistance. I used a cane, a wheelchair and a mobility scooter for the next few mini-marathons. It got so bad, I had thoughts I hope to never have again.

I had them take both breasts because I already fall down enough with my MS and I didn’t want to be lopsided! I chose to remain Flat because after I went and looked at the implants, I thought it was not the best move: to put something like that in my body when I already had multiple sclerosis. My doctors are 90% sure that the MS drug study I was in is what gave me my breast cancer. I had already put my body through so much, and more surgeries putting foreign objects in my body was not in my plan.

I think if someone needs a model of what a cancer journey should be, I would say my team and treatment were above and beyond. My team of doctors never once pushed me to get implants or questioned any of my decisions. Maybe it was because I took control of the situation, the minute I found out I had cancer.

When I was diagnosed, I announced it on Facebook. I wanted people to realize it could happen to anybody and if I could help one person, it would be worth it. The first week I inspired eight people to get their mammograms. From this group, someone from my high school actually got diagnosed and had her surgery two months after mine. She also chose Flat or, as it's technically called today, Aesthetic Flat Closure (AFC). I was vocal about my entire journey through my social media page @homosears because I don't know how to keep my mouth shut (especially if it can help someone else). I have also offered up my time to help others. I’ve sat through a handful of chemo treatments and six surgeries ranging from lumpectomy to reconstruction to AFC.

Would you say cancer has changed your outlook on life? If so, in what ways?

Cancer changed me for the better, well except the weight gain and the hot flashes, but I'll take them compared to what it's given me. Sometimes you just have to embrace the suck or the suck will embrace you. Quit trying so hard to keep a hold of the "normal life" you once had because the new one can be even better. If you don't let it make you bitter it can most definitely make you better!

In March of 2020, I decided to go to LA for the Flatties Ball and make it a full trip of comedy. This group of Flatties helped me become an advocate. I am now very involved with flat activism and my amazing team is putting together the largest Flatties meetup on the largest flat top mountain in the world, the Grand Mesa in Colorado on International Flat Day, October 7, 2022. We actually have an entire weekend planned of community, love and understanding.

We started Flat Out Love on Facebook October 2021 and now have over 2500 Flatties from across the world. We have a map that they can mark where they live and find other Flatties near them. I believe this is my calling and the reason I was given this journey. I honestly can say I would not change a thing about my journey because changing just one thing would change everything and I've never been this happy in my life. One thing I try to teach our group is that it's not YOLO, “You Only Live Once”, like everyone thinks. It's YODO, “You Only Die Once” because you live everyday so get out and live! 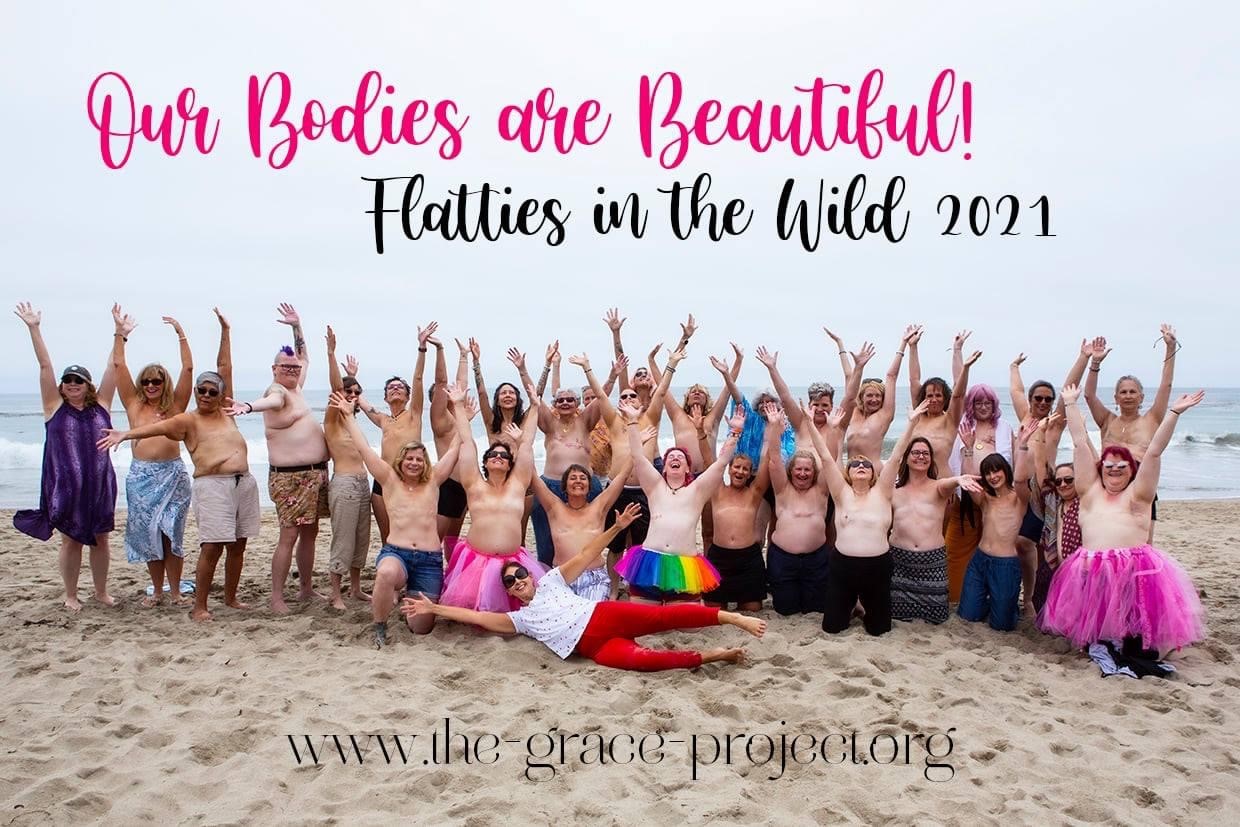 Cancer and cancer treatments can cause big physical changes. Did you need to adjust to a new appearance? What tips and tricks do you have to share?

On the anniversary of my diagnosis date, I posted a topless picture because I thought it would encourage more people to get a mammogram. I got reported for nudity on Facebook. From this experience, I started Topless Tuesday which has given so many people the strength to embrace their new bodies. Most would say they are more comfortable now than ever, especially the ones that have explanted due to Breast Implant Illness. I won't stop talking about Flat until doctors consistently offer AFC and quit pushing for reconstruction without telling a patient of all of the risks.

Have you had to adapt your lifestyle (diet, sleep, work, etc.)? If yes, in what ways?

I worked out all the way through treatment as much as I could and I even did the mini marathon while I was in chemo. But the treatment side effects made it hard for me to walk. When I was in Canada with some friends, I found out that Cannabis helped me walk. After learning more and understanding how cannabis can help my body, I am now able to do CrossFit and walk without assistance. The neuropathy is gone, the depression is gone, and I am off most of my medications. CBD should be a practice at every Cancer Center because it helps so much with so many things.

Did your loved ones support you? Was it easy for you to talk about the disease to those around you?

I have a big and amazing support system that have stuck by my side all the way.

After my cancer battle, I was playing poker at the American Legion in Fishers, Indiana sitting next to Pat McAfee who was the Indianapolis Colts punter. He thought I was hilarious and talked me into doing comedy that night. I got up in front of about 40 of my friends and realized I really enjoyed making people laugh. I opened for Mcafee’s sold out album recording show. After opening for a celebrity, my social media presence got stronger. A few months later I was blessed to Louie Anderson. He became my mentor and one of my best friends until he passed away in 2020. He used to tell me I was brave for taking my shirt off on stage. My first one-person comedy show was called Scars because I am so grateful for every one of my scars, visible and invisible.

Finally, what advice would you give to Carenity members also affected by breast cancer?

If you are faced with breast cancer, make sure that you advocate for yourself because no one else will. Do not let anyone talk you into doing something you don't agree with and make sure to educate yourself.

Many thanks to Lissa for sharing her story!

Was this testimonial helpful to you?   Give it a "like" and share your thoughts and questions with the community in the comments below!  Take care! 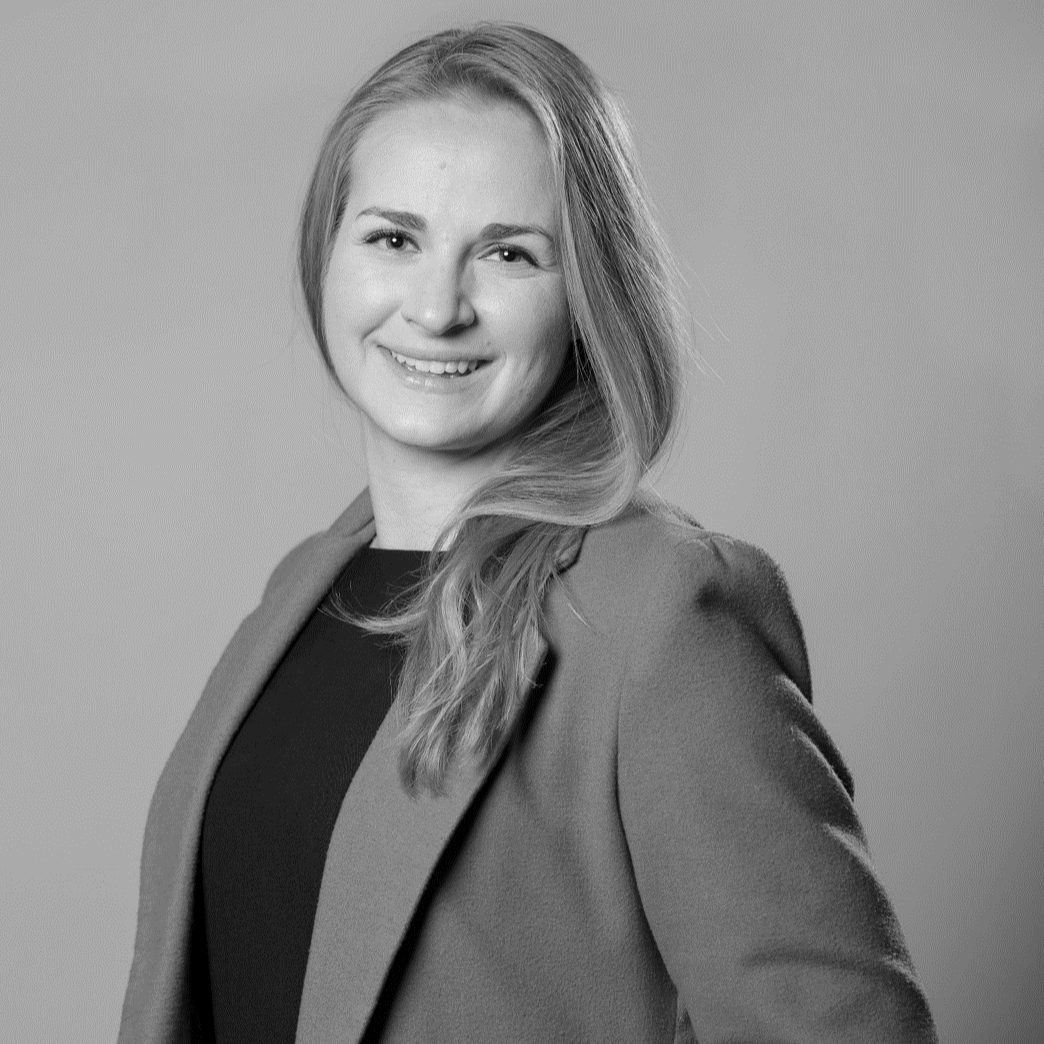 Lizzi is a content creator at Carenity specializing in writing health articles. Lizzi holds an MBA in Corporate Social Responsibility from Audencia Business School in Nantes, France. On the personal side, Lizzi... >> Learn more