Cancer patients should not be told to “fight” their disease because doing so puts them under “exhausting pressure”, Macmillan Cancer Support has said. 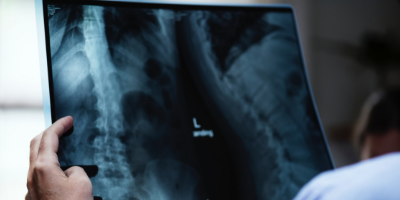 The charity warned that framing cancer in terms of a battle leaves patients feeling guilty for admitting fear and often prevents them from planning properly for their death.

Macmillan said thousands of sufferers were unnecessarily dying in hospital rather than their own home each year because of a “gulf in communication” towards the end of life. Experts last night called for a cultural change around cancer so patients no longer feel compelled to put on a brave face.

Research commissioned by the charity reveals nearly two-thirds of sufferers never talk to anyone about their fears of dying due to the pressure to see themselves as a “fighter”. Meanwhile, 28% reported feelings of guilt if they cannot stay positive about their disease.

Adrienne Betteley, an end-of-life care advisor at Macmillan, said: “We know that “battling” against cancer can help some people remain upbeat about their disease, but for others, the effort of keeping up a brave face is exhausting and unhelpful in the long-term."

The report said the pressure to stay positive and support people to “fight” cancer was one of the biggest barriers to holding conversations about dying, even in patients who had already received a terminal diagnosis.

“We need to let people define their own experiences without using language that might create a barrier to vital conversations about dying,” said Ms Betteley. “For health and social care professionals, there is often a fear that the person is not ready to talk about dying. We know, however, that making plans while receiving treatment allows people with cancer to retain a sense of control during an emotionally turbulent time.”

What do you think about this? Do you think it is time to change the language surrounding cancer? Many people on Twitter talked about how you "don't lose a battle against a heart attack" so why do we use this language with cancer?

Josephine is the Community Manager of the UK with a Master’s in Publishing. She is a strong believer in the power of words and strives to make Carenity UK a comforting, vibrant and informative community for both... >> Learn more

Thank you for sharing. I think this is true for many conditions... chronic pain, depression, etc. When people tell you to fight it, they are meaning well, but the one suffering may take it different, as a feeling of lack of empathy or sympathy.

@whatistheissue Thank you for sharing!

Your attitude and your feelings are affected by where you are on your cancer journey.  When I am cancer free I am positive, I am happy.  During my recent reoccurrence last year, I did everything I could to get better so I guess you could say I was positive but it felt like I was gritting my teeth and just struggling to get through the day at times.  I resent it when they say someone "lost their battle with cancer".  I agree we usually don't say that about any other diseases like kidney failure, heart disease, COPD ect.  My focus is on being healthy, not fighting cancer.  My life has to be more than my situation with cancer.  It has to be about family, helping others and enjoying nature and music.

I think it depends on the person, as for my mother she says all the time that she won't let cancer beat her. We also celebrate little victories along with the big ones. Such as when she passed the 30 month prognosis she was given! So I think each person looks at it differently but at the end it comes down to the persons will to live and not give up!

@AlwaysME‍ I love the idea of celebrating little victories! That seems like a great method of incorporating a good spirit. Thank you for sharing.

12 people reacted to this article. What do you think about that? Join the community!

Experience with Lupron treatment and side effects

Does anyone struggle with female practitioners not respecting a man during examination and treatment?

What symptoms did you or your loved one experience before diagnosis?

What is the emotional impact at metastatic breast cancer diagnosis?

What is the impact of metastatic breast cancer on caregivers and family members?