New research, published in the journal Nature Immunology, now shows how a high intake of salt may cause inflammation in multiple sclerosis. 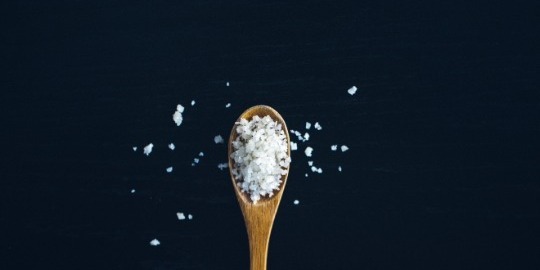 Multiple sclerosis (MS) is an autoimmune disorder in which the body's immune system destroys the protective coating around neurons called myelin.

This neurological disease affects around 400,000 people in the United States and approximately 2.5 million adults worldwide.

Generally, women are at a higher risk of developing the condition than men.

While researchers do not yet know what causes MS, an interplay between genetic predisposition and environmental factors is likely to be key.

For instance, researchers have so far identified 233 haplotypes that underpin MS. A haplotype is a set of genetic variants that can be found on the same chromosome and that is inherited from one parent.

However, until now, the precise molecular mechanism behind this effect that salt has on MS was not known. New research finds a molecular pathway that explains how a high-salt environment might potentially trigger the autoimmune disorder.

Tomokazu Sumida, an associate research scientist in the Hafler laboratory at the Yale School of Medicine in New Haven, CT, is the first author of the new paper.

How Too Much Salt Affects Immune Cells

In their study, Sumida and colleagues analyzed regulatory T cells (Tregs) taken from people with MS. The main role of these cells is to control the immune response by regulating or suppressing other immune cells.

As the researchers explain, the scientists identified this imbalance in people with MS and "in a high-salt environment."

The researchers used RNA sequencing to analyze Tregs further, and they found that a protein called beta-catenin plays a key role in both keeping Tregs functional and regulating the two pro- and anti-inflammatory cytokines mentioned above.

The study also revealed that beta-catenin works together with a protein receptor called PTGER2 to trigger inflammation induced by a high salt intake.

The authors conclude: "Our findings suggest that the beta-catenin-PTGER2 axis serves as a bridge between environmental factors and autoimmune disease by modulating Treg function, and this axis may be involved in the pathogenesis of autoimmune disease."

Asked about the clinical implications of his findings, Sumida told Medical News Today, "Not only upregulation of [the] pro-inflammatory cytokine IFN-gamma but also downregulation of [the] anti-inflammatory cytokine IL-10 might mark dysfunctional [Tregs] in MS patients... Therefore... it would be ideal to work on [both directions]: prevent IFN-gamma and enhance IL-10, it's always important to balance pro- and anti-inflammatory arms together."

"Since this imbalance is enhanced under high salt environment, the people at risk of developing MS should consider lowering high salt intake," said Tomokazu Sumida.

He added that the PTGER2-beta-catenin axis may be of interest to cancer researchers "because these two molecules are well-studied carcinogenic factors," and it would be interesting to see if a high salt intake affects this axis in cancer, too.

"I would suggest to have [a] healthy diet with low salt content as an immunologist and also as a cardiologist," he concluded.

Have you ever experienced with salt intake and noticed any affects with MS exacerbations?

Will this affect the way you approach your diet and salt intake?

My pain doctor thankfully I found and she did help me. Because I have not seen her in so long I was cut back yet again ... and per law I have to see her monthly. I live far away (78 miles) and I have a lot of trouble with my eyes so driving there is a problem plus I’m in an area with tons of snow (already had a blast of 9” of super heavy wet snow) and I have a non four wheel drive truck which used to be not bad in the snow but was horrible for that last blast.  I have a million appointments coming (I was seeing my ex husband who was helping me with driving but we just broke up so now I’m scared to death) and I cannot believe winter came early just like it went from very cold to very hot in the spring, so no spring or fall weather which is a hardship because either extreme causes me problems.

I sm sorry for the rant. I hope you’re well (or as best as can be with the wretched disease) ... take care. Thank you for the message. They help a lot.