The Hidden Power Of Daffodils In The Fight Against Cancer

New research published in the journal Structure has found that a natural extract from daffodils has cancer-killing properties. It lays out the molecular mechanism by which the extract could trigger cancer cell death. 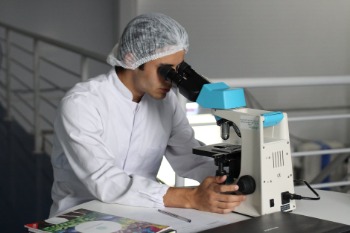 You may not be able to tell by looking at them, but daffodils could have the power to destroy cancer, according to new research.
The new research, led by Denis Lafontaine, of the Faculty of Sciences at the Université Libre de Bruxelles (ULB) in Belgium, tested the anti-cancer properties of a natural daffodil extract called hemanthamine.

Hemanthamine (HAE) is a natural alkaloid — that is, a naturally occurring chemical found in plants that has a strong physiological effect in humans.

As Lafontaine and his team explain, the daffodil extract has been suggested to be helpful in the fight against cancer; former in vitro studies — which were carried out both by Lafontaine's team as well as other researchers — have shown that HAE has anti-cancer effects that overcome the cells' resistance to apoptosis, or cell death.

In this new study, the researchers — from the RNA Molecular Biology Laboratory at the Faculty of Sciences and ULB-Cancer Research Center — have revealed that HAE activates an "antitumoral surveillance pathway." The results serve to illuminate the mechanism by which the plants in the family known as Amaryllidaceae alkaloids can combat cancer.

Amaryllidaceae plants are among the 20 "most widely considered medicinal plant families " due to their pharmacologically active compounds.

As the researchers explain in their study, cancer cells need protein synthesis in order to grow and progress. Cell organelles known as ribosomes are crucial for synthesizing proteins — in fact, ribosomes are often described as "micro-machines for making proteins."

So, ribosomes are, in a way, the Achilles' heel of cancer cells; the malignant cells are especially sensitive to therapies that stop ribosomes from functioning properly.

In their paper, Lafontaine and colleagues show that HAE inhibits protein production by acting on these ribosomes. The extract seems to block the production of ribosomes in the so-called nucleolus — something akin to a "ribosome factory."

The nucleolar stress thus induced triggers a chain reaction that culminates with the elimination of cancer cells: it activates a tumoral surveillance pathway, which stabilizes a protein called p53, which, in turn, leads to cell death.

Significance of the findings, future research

To the authors' knowledge, this is the first time that a study has offered a molecular explanation for the anti-cancer properties of daffodils, which have been used in folk medicine since the times of Ancient Greece.

Referring to Amaryllidaceae alkaloids, the study authors explain, "Their biological activities are not restricted to anticancer effects but include potential anticholinesterase, antimalarial, antiviral, and anti-inflammatory effects."

The strong analgesic morphine as well as quinine (which is used against malaria) and ephedrine (used in the treatment of asthma) are all part of the same family as HAE.

The authors conclude, "[W]e provide a rationale for designing molecules with enhanced potencies and reduced toxicities."

So, the researchers are now looking to test four Amaryllidaceae alkaloids in an attempt to identify the most promising compound that can be developed into a valid form of anti-cancer therapy.

Your advice for those newly diagnosed with breast cancer

Hormone therapy in the treatment of breast cancer: Have you tried it?

Breast cancer: How do you stay positive?