Isabelle's son was only 23 years old when he was diagnosed with Hodgkin's lymphoma. His mother agreed to share about the symptoms and treatments her son experienced, as well as the role and place that relatives have been given throughout the treatment.

Hello, thank you for agreeing to share your testimony. Could you please introduce yourself in a few lines?

I am a 54 year-old woman, and I am an editor. I am married and have 3 grown children. I enjoy reading, cooking, taking care of my garden, making jewelry, growing succulent plants and miniature cacti, and writing.

What were the initial symptoms your son experienced with Hodgkin's lymphoma?

My son was 23 years old when he first experienced the following symptoms:

How was the diagnosis made?

The diagnosis was quite quick. Faced with all these symptoms, we went to see a family doctor, who sent my son for X-rays. What the doctor saw in the X-rays did not alarm him, so the doctor just gave him antibiotics and medication for his fever.

After having no improvement after 2-3 days of following treatment, we decided to consult a pulmonologist. As soon as he saw the x-rays, he told us that there was an abnormal mass at the level of the heart and lungs, and that it was necessary to determine what it was. He sent us to a laboratory for an analysis.

The next day, after reading the results, the doctor advised us to get a CT scan "as soon as possible." We were already very worried at this time because the lab had contacted us the day prior telling us that we should get the results quickly and advised us to urgently see the pulmonologist.

How did you feel after the diagnosis was made?

I felt the most fear in my life and I felt devastated. In addition, I felt alone because my husband had not been able to accompany me to hear the results. I went to the pulmonologist alone. The doctor looked carefully at the CDs. I think it took him at least 15-20 minutes to share with me the news. During this time, I understood that something serious was going on, but I had no idea what the diagnosis was going to be.

The pulmonologist was largely quite technical in his explanations. He talked about biopsies, analysis, the need to do everything quickly, etc. Many technical things, which I did not understand at that time. At a given moment, he told me "you have keep moving", as he saw that I was completely despondent... Of all the things he could tell me, it was this advice that I best understood, and the one that helped me face everything.

When I got home, I had to tell my husband, my sick son, his two brothers... it was a difficult time. My son suspected the diagnosis a little, and somewhere he was relieved to know exactly what was going on.

The surgeon who did the biopsy was more reassuring, telling us that lymphomas were among the most easily and completely curable cancers.

Yes, the vital prognosis was compromised. It was stage II, and my son was out of breath all the time, becoming increasingly fatigued.

What treatments did your son undergo?

Were these treatments effective?

After the first chemotherapy, the itching and fever disappeared, and my son was finally able to sleep. The treatments were very effective. There was no vomiting, but there was nausea. He had severe fatigue the first 2 days after chemotherapy. My son didn't have many side effects, nor did he experience many mouth sores.

I was very careful not to cook spicy food during this time and he was able to continue eating normally and regained his strength quickly.

What diet did he adopt during chemotherapy?

My son followed a high fat diet with minimal carbohydrates (my son never enjoyed sweets or cakes...), few starches, fresh fruit whenever possible, lots of vegetables (carrots, celery, lamb's lettuce/corn salad), eggs, milk, yogurt, cottage cheese, pork, salmon, grilled bacon to accompany salads, and beans. Between each chemotherapy session, he ate almost everything. I took advantage of these periods to cook the dishes he wanted, anticipating the days after chemotherapy where his appetite would be diminished, he would be very tired, and he would sleep a lot.

During chemotherapy sessions, the only foods that "passed" were cold dishes: yogurt, fruit salad, raw vegetable salads, fresh fruit. It was impossible for him to eat hot dishes... he could not stand the smell of cooked dishes during that time; the smell would make him nauseous.

Later, he was able to prepare his own meals; he had always liked to cook. Since I always did not know what he wanted to eat, I would leave food for him to cook when I had to leave, such as eggs, salad, meat, cheese... he prepared his own food according to his appetite. I think by him continuing to do the things he loved, it subconsciously helped him face the disease, in his own way.

He joined a gym and began to exercise again, while still undergoing his chemotherapy because he felt that he began gaining weight after a few treatment sessions.... He would go on his own by foot; it was only about 15-20 minutes from home.

How is your son doing today?

He's doing very well. He has resumed his studies, exercise and sports, and is preparing to obtain his degree. After a year without studying, he was able to complete his end-of-year internship, which had been interrupted due to his illness.

He has now been in full remission for 3 years.

During this trial, did you feel sufficiently supported as a member of the patient's family? Were you recommended or offered psychological support, for example?

The health staff helped us a lot with their kindness. It was comforting to see that their "technical" gestures were well mastered. The nurses explained to us where the infusions were, how long they would last... They were cheerful, smiling, and efficient; they supported us a lot and they helped us not react in any adverse ways.

No, I didn't receive any psychological support and they didn't offer me any. However, we received help from people we didn't know before. A very kind gentleman shared his car and took us to the hospital for PET scans. He lived quite far away, an hour's drive away. We became friends later.

What advice would you give to a newly diagnosed young patient? And his parents?

First of all, it is important to bear in mind that as soon as a supposedly benign illness (cough, migraine...) continues to persist, it is better to consult quickly with a medical doctor, as this can hide a serious illness.

It is necessary for the patient to speak clearly about what is happening, be informed about the steps in the treatment, and to talk about them together. When the patient is informed about his or her illness, he or she can help by providing clear answers to questions. It is also necessary to consider that while undergoing treatment, anything can happen. Above all, the patient should not focus on side effects (hair loss, etc....). The hair will grow back and will look even better later! I can confirm it. It is also necessary for the patient to be physically active if his or her health state permits it, but exercise gently and walk. Diet is also important; it is really at the heart of healing.

As parents, we can tend to feel guilty because we think that if we had been more attentive, more present, or less busy at work, we could have taken action in time. We can't kick this feeling of guilt, but we have to deal with it... On the other hand, blaming oneself does and will not help the situation or the child... if anything it will destabilize the patient.

The solution is to find how and work together to move forward (how to be more available; how to "live life" through chemotherapy sessions together; and how to organize life at home, for meals, after sessions, etc...). And to always say to oneself that in the end there will be healing! 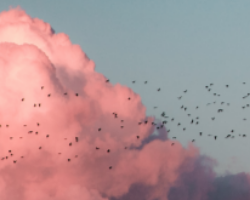 Ovarian cancer: discover the world of personalized medicine, where every tumor isn’t treated the same with chemotherapy. 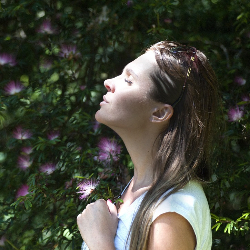 Diagnosis, treatment, relationships with family and friends: the emotions experienced during breast cancer 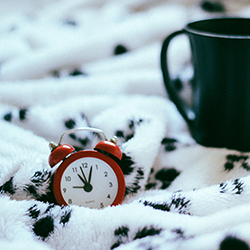 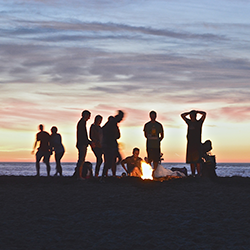