Fibromyalgia: “I have to stay active!”

véro6339, a member of the Carenity community in France, has fibromyalgia and Ehlers-Danlos syndrome. After many examinations and many doctors telling her that these conditions were "in her head", she was finally able to put a name to the illness that had followed her for so many years. She shares her story on Carenity.

Discover her testimonial below!

Hello véro6339, thank you for agreeing to share your story with us on Carenity!

I am a 54-year-old woman, twice divorced, now living alone. I have two children and a grandson.

I like drawing, reading, sports (at least what my body allows me to do), TV and especially comedy films, news reports, newspapers... 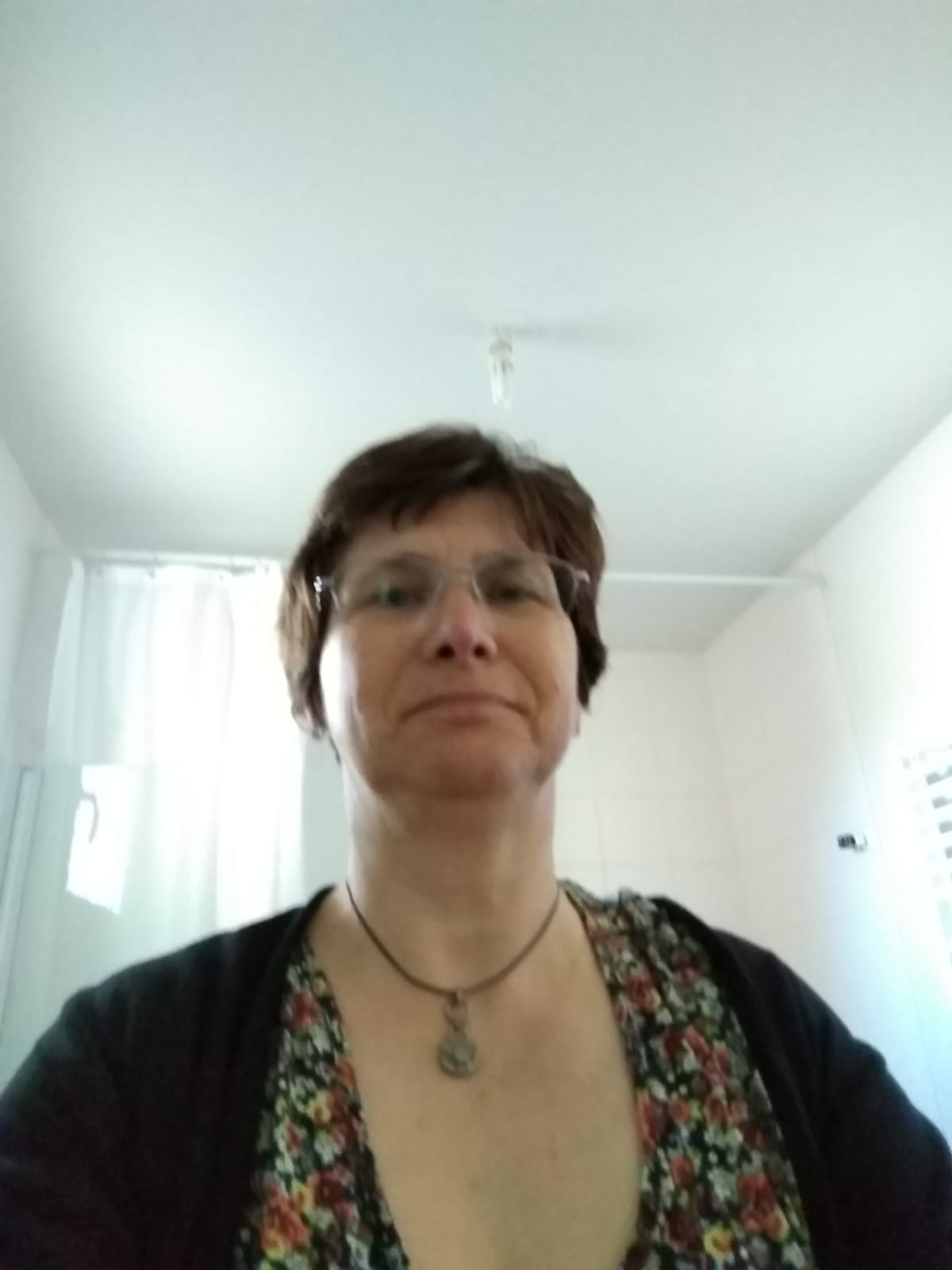 You have fibromyalgia. What were your first symptoms? How did you react to their onset?

I have officially been affected by fibromyalgia since June 2014, but I think it started much earlier.

It started after a simple colonoscopy. But I have some ideas about the causes of my fibromyalgia:

My current thoughts about love? I'm not looking for it or anyone anymore.

My symptoms: violent pains appeared in my shoulders, neck, continuing down my spine, like stab wounds all over, great fatigue, stiffness in my legs, tingling, impossible to be touched, sensitivity to noises, nervousness, worse and worse sleep with difficulty staying up for long, and many others...

At first, I panicked, I continued to work with my teeth clenched, but I could really feel I was lagging in my work.

How long did it take for a diagnosis to be made? How many doctors did you see?

The diagnosis was made in 2014, and before that I underwent quite a few tests: X-rays, MRIs, and scans, all of which were negative apart from the blood test. As a result, I was followed up in hematology for a first verdict of lupus. As the treatment didn't work, I found myself at the doctor's office door with a "I can't do anything for you, it's in your head".

I then saw my primary care doctor again, who sent me to an angiologist, who found nothing either.

Then a neurologist: "It's in your head".

Then I went to a rheumatologist, who prescribed physiotherapy sessions for my knees, but otherwise said, "it's nothing serious".

I couldn't stand the negative diagnoses, which were dragging me down, so I decided, on my own, to see an internist in tropical diseases, even though I don't travel. I threatened him that if he didn't do something, I would throw myself out of the window! His office was on the sixth floor, so I'll let you guess what happened next.

After a few tests, he discovered the twelve points necessary to diagnose fibromyalgia (there are more today) and the verdict was in!

From that moment on, antidepressant treatment and a visit to a pain doctor every three months were put in place.

What care are you currently receiving? Are you satisfied with it?

My treatment is pain relief and physiotherapy. And yes, I am satisfied with it, which shows that if you do something, things happen!

What do you do to ease your fibromyalgia pain? What benefits do you get from it?

I do sport, depending on my physical capabilities, I draw, I read... in short, I move every day. A warm muscle is less painful!

I avoid all negative people and so I'm certainly alone, but it does me a world of good!

You also have Ehlers-Danlos syndrome. Could you tell us about the symptoms of this condition? What impact does it have on your daily life?

I have a hyperextended knee, an over-pronated ankle, a hip that dislocates, a hand that stiffens, fingers that are difficult to move on my right hand, I fall frequently, and I have tingling and the same pains as fibromyalgia...

This is what I experience pretty much daily since it was diagnosed in February 2020. It's hard to manage it all.

Every day for me is a challenge, I don't know what tomorrow will bring. If I wake up well, I tell myself that the day will be good, if not, I make do.

I don't work anymore, I try to keep up my house, I have to stay active!

Are you receiving any treatment? Are you satisfied with it?

Yes, the treatment is the same as for fibromyalgia: duloxetine (Cymbalta®), levocarnitine, Izalgi® (a paracetamol-opium medication available in France for pain), esomeprazole (Nexium®), Météospasmyl® (an alverine-simeticone drug prescribed in France for digestive disorders).

I also have a brace that supports be from the upper thigh down to my right foot, and a brace on my left knee which has some weakness.

I am satisfied with all this because it allows me to walk without falling!

Are you supported by your loved ones? Do they understand your two conditions? Can you talk about it openly?

Who can understand my illnesses? I would say not many people! Not even me! My children know that I am ill, but they don't know what I am going through, I keep smiling no matter what.

My children don't ask me questions. I tell them about the progress but that's all, life goes on...

What is your current state of mind? What are your plans for the future?

My current state of mind? I keep my spirits up, at least sometimes I try to. I challenge myself every day. And no, I don't have any plans for the future.

What do you think about patient exchange platforms like Carenity?

Can forums be good for discussing the condition? I would say yes, if you have questions, and if you have answers, but not to complain about your pain... And it's useful, especially if doctors are listening.

Sometimes I avoid forums and chat rooms because it's hard to keep my spirits up and when I hear people complaining when they have a partner who does everything and more for them, I don't think it's fair to the partner. It's not doing the patient any favors and they'll be even sicker because they don't do anything about their condition!

To you fellow patients, get rid of all the negative people in your life, all those who say they understand you, who tell you that you should do this or that... or if I were you I would...

Surround yourself with real friends, lots of humor and love!

Many thanks to véro6339 for sharing her testimonial with us on Carenity!

Was this testimonial helpful to you?
Give it a like and share your thoughts and questions with the community in the comments below!
Take care!

Hang in there! i have fibro and suffer from Chemo,side effects from cancer three times!  Get that therapy as much as you can afford, as moving helps a lot!.Good luck!

I also have fibromyalgia, and Rheumatoid arthritis. Inherited both illnesses from my mother (though the trauma components from my past don't help much with the fibromyalgia diagnosis). Your story gives me hope.

Alternative Medicine And Therapies For Pain

Fibromyalgia, Lyme disease, chronic fatigue syndrome, bipolar disorder and dementia: “Be honest with yourself and your loved ones!”

How do you manage your fibromyalgia flare-ups?

Do you have trouble sleeping?

Have you ever been told you were faking? Or that it's all "in your head"?

Living with Fibromyalgia during the Coronavirus Pandemic

Do you experience a flare up or worse pain after not sleeping or sleeping too much?

Is topical cream effective for Fibromyalgia?

How does a day in the life of a fibromyalgia sufferer look like?

How have been your experiences finding/continuing employment while suffering from fibromyalgia?