TAFRO syndrome: A focused look at this rare subtype of Castleman disease!

Castleman disease, a rare non-malignant lymphoproliferative disorder, can manifest itself through several distinct forms, implying the need for different care pathway and disease management depending on the form.

TAFRO syndrome is one of the uncommon types of Castleman's disease, which has only been characterized in the last decade.

What are the differences between the various subtypes of Castleman disease? What are the specifics of TAFRO syndrome?

What is Castleman disease?

Described by Benjamin Castleman in 1954, Castleman disease (CD) may also be referred to as giant lymph node hyperplasia, angiofollicular lymph node hyperplasia or lymphoid hamartoma. It is a lymphoproliferative disorder, meaning that it causes the proliferation of so-called lymphoid cells, resulting in the immune system disorder. CD can be unicentric (located in a single lymph node group) or multicentric (involving several lymph node areas). The multicentric form is further subdivided into three categories: associated with human herpes virus type 8 (HHV-8), associated with POEMS syndrome (polyneuropathy, organomegaly, endocrinopathy, M-protein and skin changes) and idiopathic (iMCD), i.e. without a known cause.

To learn more about classification of CD, its symptoms and diagnosis, click below to read our article:
“Castleman disease: Everything you need to know!”

What is TAFRO syndrome? In what way is it different from idiopathic-multicentric Castleman disease (iMCD)?

Human herpesvirus 8 (HHV-8) infection has been identified as a major cause of multicentric Castleman disease (MCD) in immunocompromised patients, including human immunodeficiency virus (HIV)-positive individuals.

Although immunocompetent (with a functioning immune system) HHV-8-negative MCD patients have also been reported, the underlying causes remain unknown. Several experts speculate that MCD in immunocompetent individuals may be due to hypercytokinaemia (excessive production of cytokines, molecules involved in the immune response) as a result of infection with a virus other than HHV-8, inflammation or neoplastic disease (cancers or tumors).

Click below to read our article on CD associated with HHV-8:
“Castleman disease and HIV: A focused look at the HHV-8 virus"

In 2010, a distinct rare form of HHV-8-negative MCD was reported in Japan. Its diagnosis was established later and was based on a set of well-identified clinical symptoms and signs proposed by Masaki et al. in 2015.

These signs are divided into major diagnostic criteria:

And minor criteria, associated with a histological (study of the tissue) aspect typical of Castleman disease:

In addition to these criteria, there is a normal or slightly increased immunoglobulin level and a specific histology distinguished by the intensity of vascular lesions and the presence of fibrosis lesions.

Recent case reports and a systematic review suggest that TAFRO syndrome may have a unique pathogenesis among HHV-8-negative MCD subtypes.

On the other hand, this syndrome, originally described in Japan, seems to be more common among the Asian population.

The individualisation of people with TAFRO syndrome among iMCD patients is still unknown to clinicians, however this issue is extremely important due to poor prognosis and excess mortality rates observed among these patients.

To learn more about the methods used to diagnose and identify the different subtypes of Castleman disease, do not hesitate to read our article “Castleman disease and differential diagnosis”

How is TAFRO syndrome treated?

Treatment remains poorly codified due to the rarity of this subtype of Castleman disease. However, the treatment regimen for TAFRO syndrome appears to be the same as that for classic idiopathic multicentric Castleman's disease (iMCD), and includes corticosteroid therapy, tocilizumab, rituximab or chemotherapy (CHOP).

What are some of the current research avenues?

Numerous studies were conducted in order to establish the specific characteristics of TAFRO syndrome.

There are several publications dedicated to the study of isolated cases of TAFRO syndrome, also seeking to characterize the distinctive symptoms and clinical signs of TAFRO syndrome. Only about 30 cases have been reported since 2010, mainly in Japan. For example, there was a case in Morocco, reported by the Mohamed VI University Hospital in Marrakech. Another case, recognised as an example of TAFRO syndrome and diagnosed in a 20-year-old man, was studied by Edenberg University.

Several studies have been carried out to identify the signalling pathways involved in TAFRO syndrome in order to develop and study new treatments.

A study carried out in 2020 and supported by the CDCN reveals potential new insights into the pathogenesis of TAFRO disease. It involved in-depth profiling analysis of blood samples from 15 iMCD-TAFRO patients in relapse and remission. This study builds on previous research that identified the activation of mTOR (a serine/threonine proteine kinase enzyme that regulates cell proliferation) as a possible new therapeutic target for iMCD. The researchers have identified a potential mechanism underlying the activation of mTOR in iMCD patients, which is another positive sign that blocking mTOR with the investigational drug sirolimus may help iMCD patients who do not respond to siltuximab.

There is an ongoing study for which researchers are currently recruiting volunteers: Castleman Disease Collaborative Network (CDCN) has partnered with the University of Pennsylvania and the University of Arkansas for Medical Sciences to conduct research on sirolimus for adults with iMCD who cannot benefit from anti-IL-6 therapies (siltuximab (Sylvant) and tocilizumab (Actemra)).

If you wish to have more information on medical research and the ways to contribute to it, do not hesitate to read our article on the subject: “Castleman disease: How to contribute to research?”

Do not hesitate to visit the CDCN (Castleman Disease Collaborative Network) website for detailed information on the disease, treatments available, etc.

You are also welcome to join the “Castleman disease” community on Carenity and share your own experience, find support and exchange useful information with other patients or carers.

If you are interested in making your voice heard, let us know! You can share your experience as a Castleman disease patient (diagnosis, patient journey, etc.) with Carenity members.

Was this article helpful to you?
Give it a Like and share your thoughts and questions with the community in the comments below!
Take care! 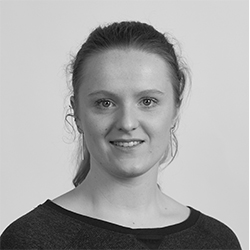 What are the treatment options for Castleman disease?

Castleman disease: How to contribute to research?