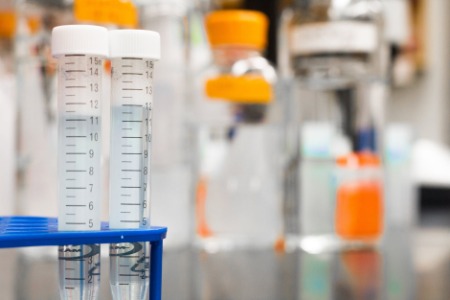 COAST-W, the second Phase 3 study of ixekizumab, is investigating the safety and efficacy of ixekizumab with an emphasis on a particularly difficult-to-treat ankylosing spondylitis patient population who do not respond to tumor necrosis factor (TNF) inhibitors (90 percent of enrolled patients) or those who have an intolerance to a TNF inhibitor (10 percent).

Ixekizumab is an engineered antibody designed to specifically bind and inhibit the pro-inflammatory interleukin-17A signaling molecule. The inhibitor, sold under the brand name Taltz, is approved by the U.S. Food and Drug Administration to treat adult patients with active psoriatic arthritis or moderate-to-severe plaque psoriasis.

Treatment was delivered subcutaneously at a starting dose of 80 mg or 160 mg, followed by 80 mg either every two weeks (group 1) or four weeks (group 2). At 16 weeks post-treatment, ixekizumab was associated with a statistically significant improvement in the signs and symptoms of ankylosing spondylitis compared to patients treated with placebo.

The therapy’s effectiveness at trial was measured by an ASAS40 evaluation, which determines the percentage of patients who achieved a 40 percent improvement in disease symptoms such as pain, inflammation, and physical function.

“These positive results, in combination with previous results from the Phase 3 COAST-V study, provide further support for Taltz as a potential treatment option for patients with AS, including those who have had an inadequate response to treatment with TNF inhibitors, a difficult-to-treat population,” Lotus Mallbris, vice president of immunology development at Eli Lilly, said in a press release.

COAST-W is the first clinical trial in ankylosing spondylitis patients that uses ASAS40 as the primary endpoint across the program to measure efficacy as opposed to the conventional endpoint of ASAS20.

“By using ASAS40 as the primary endpoint in our clinical development program, we hope to establish a higher treatment target goal for AS patients,” Mallbris added.

The company had recently announced that ixekizumab significantly reduced the symptoms of radiographic axial spondyloarthritis (rad-axSpA) in ankylosing spondylitis patients who had not received prior treatments with biologic disease-modifying antirheumatic drugs.

Based on the positive efficacy and safety results from the COAST-V (NCT02696785) and COAST-W studies, Eli Lilly plans to apply for U.S. regulatory approval in ankylosing spondylitis later this year.

Additionally, later in 2018, Eli Lilly will submit detailed COAST-W data regarding efficacy and safety for disclosure at scientific meetings and in peer-reviewed journals.