As portable ultrasound machines become faster and more accurate, rheumatologists are turning to them to check the disease activity of their rheumatoid arthritis (RA) patients . Evidence suggests that this is a positive development, because ultrasound can add valuable information to a physician's exam.

Some experts are beginning to say that doctors should also use ultrasound during regular visits to determine whether a drug is working, or whether it should be changed. However, there is not enough evidence at this time to suggest this use of ultrasound should be a standard of care. 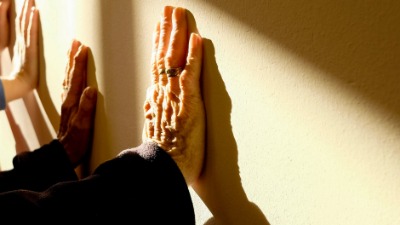 During an ultrasound exam, a handheld device called a transducer is passed over the skin for several minutes. The device emits sound waves, which bounce off blood cells and other objects under the skin. These solid objects cause the pitch of the sound to change, which is translated into a picture or graph that a physician can read.

Doppler ultrasound is increasingly being employed as one way to help diagnose rheumatoid arthritis, as well as to document RA disease activity.

A task force of experts from 13 European countries recommended using imaging as a standard part of RA clinical practice. Their report, published in June 2013 in Annals of the Rheumatic Diseases, concludes that ultrasound is better than clinical examination alone to detect joint inflammation and monitor disease activity.

Doctors are also using ultrasound results to decide whether the drugs a patient is on are working effectively, or whether the person should change to a different medication.

The findings from ultrasound results affected the treatment decision in 20 percent of RA patients evaluated in a study published in the September 2017 issue of BMC Musculoskeletal Disorders. Younger doctors still in training were more likely to base the drug decisions on the ultrasound results, perhaps because they are more comfortable with the technology, or because more experienced doctors feel more confident in their clinical assessment.

Findings That Might Lead to Rheumatoid Arthritis Medication Changes

Doctors use several factors to determine if you should change your medication. Disease activity is an important consideration. So are comorbidities, side effects, costs, insurance issues, and personal preferences.

Not all patients whose disease activity remains high want to change their medications. Even when a doctor recommends a switch, people sometimes fear their RA will worsen or that they will have troubling side effects and so don’t want to change drugs, according to a study published in 2007 in Arthritis and Rheumatology.

Of course, it’s best to follow your doctor’s advice, especially when that advice is to stay on a given drug. If you have moderate to severe rheumatoid arthritis, disease-modifying anti-rheumatic drugs (DMARDs) or biologics are the best way to relieve symptoms and alter the course of the disease. No other treatment can prevent joint damage and reduce the risk of long-term complications that are associated with rheumatoid arthritis.

Since drugs may be reduced, changed, or eliminated when a person goes into remission, it’s critical for that state to be accurately diagnosed. Ultrasound is proving to be important in this regard as well.

Among 58 patients in a study published online in October 2017 in the Spanish-language journal Reumatología Clínica who had been diagnosed as in remission for more than six months, only 26 percent were actually in remission according to ultrasound findings. Fully 74 percent had subclinical inflammation, which the authors note can be related to the progress of structural joint damage.

Every Day Health (Note: Content may be edited for style and length)

Have or are you working with rheumatoid arthritis? How does RA affect it? Share your experience

What treatments have you tried for rheumatoid arthritis? What works for you?

How often do you experience RA flare-ups? Let's share!

RA and the eyes: How to cope?

Living with or without immunosuppressants?

How do you manage your RA pain without letting it control your life?