What conditions and medications are incompatible with aspirin?

Used as a blood thinner, a pain-killer or a fever reducer, aspirin is a commonly used medication. But what is the maximum daily dose? What other treatments are incompatible with aspirin? Follow our guide.

Aspirin or acetylsalicylic acid (ASA) is one of the most widely consumed medications in the world. Every year, more than 25 million tablets are produced! Even if it’s become commonplace, aspirin is still a drug whose medical use should be carefully monitored.

Like ibuprofen, aspirin has several different properties: an anticoagulant (blood thinner) in low doses, an analgesic (pain-killer), an antipyretic (fever reducer), and in stronger doses, an anti-inflammatory.

Aspirin works by inhibiting the synthesis of prostaglandins by acting on cyclooxygenases (COX 1 and COX 2). Because it inhibits COX 1, aspirin may cause digestive issues and stomach bleeding.

When and how to take aspirin?

These days aspirin is usually prescribed in low doses, between 75 and 300mg once a day for its blood-thinning effect. It’s systematically prescribed for patients who are at high risk for cardiovascular incidents or following a heart attack, as well as for patients who just had a blood vessel stent inserted or who are trying to avoid the formation of blood clots.

To reduce pain and a fever, the maximum dose for an adult is generally no more than 1g of aspirin every 8 hours, or 3 grams a day.

Aspirin’s anti-inflammatory effect is only unleashed at high doses: a maximum dose of 6g per day, spaced out in 3 or 4 intakes per day with a minimum of 4 hours between each intake. The anti-inflammatory property of aspirin can be used to treat muscle pain and symptoms of rheumatoid arthritis.

There are some medications that contain only aspirin while others combine aspirin with other drugs. It’s important to know which medications contain aspirin to avoid accidentally taking several at once. Otherwise, a patient may overdose, increasing the risk of a number of unpleasant side-effects.

Medications that combine aspirin with another drug (non-exhaustive list)

When should you avoid taking aspirin?

People with histories of stomach or duodenum ulcers, asthma, gout, moderate kidney failure or women using intrauterine contraceptive devices (IUD) should consult with their physicians prior to taking aspirin and alert them of any side effects.

The use of aspirin is not recommended for women who are 6-months pregnant or more, as there is a risk of intra-uterine death to the fetus. Women who are breastfeeding should also not take aspirin.

In the case of fever or infection-related pain (sore throat, cold, ear infection, cough, lung infection, skin rash or chickenpox), consult with your physician and use Acetaminophen instead. Both ibuprofen and aspirin may mask the signs of infection which can cause complications if the infection is not treated in time.

What medications are generally contraindicated with aspirin?

They function similarly to aspirin and taking them together may pose a risk of an overdose and an increased risk of severe side-effects, including stomach ulcers and bleeding.

There’s a heightened risk of internal bleeding if aspirin is taken with oral anticoagulants (such as Warfarin, Fluidione, Sinthrome, Eliquis, Pradaxa or Rivaroxaban [Xarelto]).

Aspirin may interfere with medications like lithium or methotrexate.

For more information, feel free to watch our video on YouTube:

Warning: This article is a general overview and does not replace medical advice given by a healthcare professional. It does not take into account individual patient cases which may vary. Each patient is unique; always speak your healthcare provider before beginning or altering any treatment. 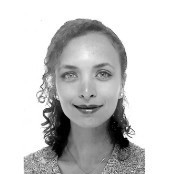 Camille Dauvergne is currently a Junior Community Manager at Carenity. She assists the France Community Manager in animating the platform, easing member navigation of the site and encouraging them to interact.... >> Learn more

I have been taking aspirin since I had a stroke on August 25, 2018. I truly dislike the bruising that comes along with my aspirin and Plavix, but my doctor deems it necessary. I take 325mg aspirin and 75mg Plavix.