It took eight years of mistaken diagnoses before Jaime Weinstein finally got a correct one — Crohn's disease; for abdominal pain, bowel problems and assorted illnesses that dominated her teenage years.

Menstrual problems, mental issues, gastritis of unknown origin and irritable bowel syndrome were among the incorrect causes suspected and treated before the right answer finally came when Jamie was 23 years old.

Tampa Bay resident and an advocate for patients with Crohn’s or other inflammatory bowel disease, Jamie Weinstein, said she picked up every stomach bug known to mankind as a child and spent most of her high school years on a medically homebound instructional program.

She went through three pediatric gastroenterologists, she said, one of whom reduced her to tears when he said “tell the patient to drop her pants and bend over.”

“They couldn’t figure out what was wrong with me,” she said. “If they had done a colonoscopy, they might have found something quicker.”

Her experience is at one end of the spectrum, Weinstein said, mentioning another Crohn’s patient she met, a man, whose more recent diagnosis came quickly and without misdiagnosis.

“When I look back at all the things that were missed as a teenager, it breaks my heart,” said Weinstein, now 36, a freelance writer who tries to make sure other patients get a more rapid diagnosis.

It’s common for patients to see many healthcare providers, make many office visits and go through multiple tests before they get a correct diagnosis, a national survey of Crohn’s disease patients in late 2015-early 2016 found.

Once diagnosed and getting treatment, however, the survey by Health Union found about 75 percent were happy with the care they were getting.

Her childhood experiences made her wary, Weinstein said. She delayed seeing a gastroenterologist even after she graduated from college and had health insurance.

Finally, when the stress of working 16-hour days aggravated her disease, causing severe bleeding and weight loss, she saw a gastroenterologist who did a full battery of tests and procedures, including colonoscopy.

She was prescribed oral medication, 12 to 16 large pills a day, Weinstein said, which got her symptoms to a level she considered “OK.”

Since OK was better than before, she eventually went off the medication for several years until another flareup in 2012 sent her back to a gastroenterologist.

That came after years of being on and off insurance, settling for catastrophic coverage frequently, and struggling to hold on to jobs with symptoms that, despite being less painful, still caused her difficulty.

Those difficulties contributed to her losing jobs, switching to work as a contract employee and freelancing, she said.

She went on steroid medication, with side effects like weight gain, while waiting for approval to be on the newer type of drugs, biologics. By then, she was on disability and covered by her mother’s insurance as a disabled dependent.

Insurance companies often make you start with older, less-expensive drugs before letting you get newer ones, even if your doctor would prefer stronger or newer ones, she said.

Two immune-system modifying biologics, Remicade and Humira, worked for a while but she developed antibodies that counteracted them.

In November 2016, she went on another, Stelara, which she said has turned her life around. The biologics affect the immune system. Patients taking them can be at increased risk for infections and other complications. The medications aren’t a guarantee against needing bowel surgery at some point.

The biologics can delay the need for surgery if prescribed early in the disease process, he added. Weinstein said she hasn’t needed surgery yet and hopes she won’t. 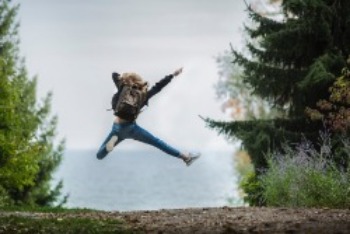 “I am so much better than where I was at coming to 2012 ... but you have so much damage in your system (after delayed diagnosis and treatment) it’s going to take awhile,” Weinstein said, adding “I’m having four or five good days out of a week ... My hope is that I’ll get to seven.”

Did you suffer from misdiagnoses before finally being diagnosed with Crohn's disease? Was it challenging to keep going and not give up despite continuing having symptoms without a correct diagnosis?

Thank you for sharing, I feel less alone facing my Crohn's after reading this. xx

So glad she found the diagnosis and is doing better. I use to live very near to Watson Clinic in Lakeland, FL. It is a very small town, not sure if that led to all the misdiagnosis... but so glad to hear that she is on her way to being better!

thanks for sharing this!

What is biotherapy? A focused look at inflammatory diseases

Inflammatory bowel disease (IBD): How to read your blood tests?

Is constipation common in Crohn's disease?

Do antibiotics help with Crohn's disease?

What is the biggest daily challenge while living with Crohn's?