Symptoms of pre-diabetes are rarely noticed, but they are the same as for type 2 diabetes. Since the blood sugar levels are not too elevated, the symptoms will not be very visible, if visible at all. People with pre-diabetes might experience an increased urge to urinate and being thirsty, but you cannot depend on the showing these symptoms to reveal if you have pre-diabetes. The more important sign that you might have pre-diabetes lies in the risk factors.

The risk factors are basically the same as for type 2 diabetes. Genetically you have a higher predisposition if you're black or South-Asian and over 25 or white and over 40.

Other risk factors include:

Having a parent or sibling with type 2 diabetes.
Being overweight (BMI over 25 or your waist is more than: 31.5 inches for women, 35 inches for South-Asian men and 37 inches for white and black men).
High blood pressure
Have had either a stroke or heart attack
You're female with polycystic ovary syndrome and overweight
You're female and have had gestational diabetes
You have an inactive lifestyle

Fortunately pre-diabetes can be reversed, avoiding type 2 diabetes. The earlier it is caught the better chances you have of not becoming a type 2 diabetic. It is not always reversible, but it can be significantly delayed.

The main areas of focus on preventing type 2 diabetes are exercise and diet. Several studies have shown that these lifestyle changes can significantly improve you chances of reversing the pre-diabetes.

Diabetes and the Coronavirus

Diabetes (Type 2) on the forum

jestersmom participated in the discussion Have you experienced neuropathy?

BEARS1230 participated in the discussion Coronavirus and Type 2 Diabetes: Should we work or not? 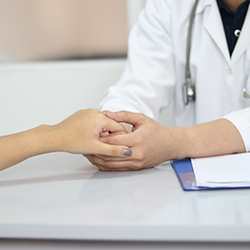