Type 1 diabetes: Does the gut hold the key to prevention

Type 1 diabetes: Does the gut hold the key to prevention

Targeting specific microbiota in the gut could be one way to protect against type 1 diabetes, a new study concludes. 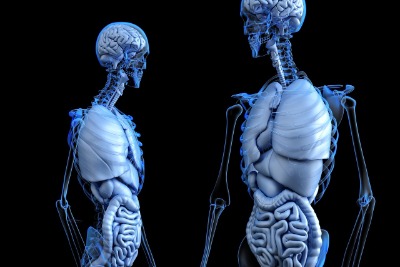 In addition, the researchers found that these microbiota alterations were a result of genetic susceptibility to type 1 diabetes.

Study co-author Dr. Emma Hamilton-Williams, from the Translational Research Institute at the University of Queensland, and colleagues say that their findings suggest that targeting the microbiota gut might have the potential to prevent type 1 diabetes.

The results were recently published in the journal Microbiome.

In type 1 diabetes, the immune system mistakingly attacks and destroys the beta cells, or those that produce insulin, of the pancreas. As a result, not enough insulin is made, and this can lead to an increase in blood sugar levels.

Type 1 diabetes accounts for around 5 percent of all diabetes cases, and onset of the condition is most common in childhood, adolescence, and young adulthood.

Type 1 Diabetes and the Gut

Although the precise cause of type 1 diabetes remains unclear, it is known that those who possess certain genetic variants are at greater risk of the condition.

For example, susceptibility to type 1 diabetes is higher among individuals who have variants of the human leukocyte antigen complex, such as the HLA-DQA1, HLA-DQB1, and HLA-DRB1 genes. These are genes that play a role in immune system functioning.

Research also suggested that changes in gut microbiota - or the population of microorganisms that reside in the intestine - play a role in the development of type 1 diabetes.

However, as Dr. Hamilton-Williams and colleagues explain, it is unclear whether such changes in gut microbiota are driven by genetic susceptibility to type 1 diabetes or other factors. The team sought to find out with the new study.

First, they conducted an analysis of non-obese mouse models that were genetically susceptible to type 1 diabetes. They looked at whether the rodents' gut microbiota differed to that of mice that were protected against type 1 diabetes, and, if so, whether genetic susceptibility played a role.

The results of the analysis revealed that the mouse models with genetic susceptibility to type 1 diabetes demonstrated alterations in gut microbiota composition. Specifically, they showed reductions in Ruminococcus, Lachnospiraceae, and Clostridiales bacteria.

What is more, the scientists found that these alterations were associated with changes in immune system functioning.

The study also found that using immunotherapy to target T cells — which are a type of white blood cell — related to type 1 diabetes led to significant changes in the gut microbiota of rodents.

A Route for Prevention?

The researchers were able to confirm their findings in a study of humans with genetic susceptibility to type 1 diabetes who were a part of the TwinsUK cohort.

Dr. Hamilton-Williams and her team now plan to assess clinical trials of immunotherapies for type 1 diabetes, with the aim of finding out whether the treatment led to changes in gut microbiota.

If so, the researchers say that it could then be possible to protect against type 1 diabetes by restoring protective gut microorganisms.

"This research has shown," says Dr. Hamilton-Williams, "there is a genetic component to microbiota and the immune response involved in regulating it. This means that changes in the microbiota in type 1 diabetes occur before symptoms develop, and are not just a side effect of the disease."

Which insulin pump do you use? Anyone have any experience with OMNIPOD?