How To Succeed With Quitting Smoking and Stabilize Your COPD

With emphysema and severe COPD (stage 4), our member @ledalle managed to quit smoking 6 years ago, without relapse, despite having been a smoker since age 16. He has agreed to tell us about his journey to quit... thanks to patches, psychological follow-up and a good dose of determination!

How did you find out you had COPD? What was your tobacco consumption?

Following repeated bronchitis, I was diagnosed with COPD stage 2. When I started smoking, I was 16 years old; when I was diagnosed, I was 54 years old and I was at a pack of 20 cigarettes a day. 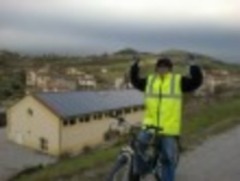 Did a health professional immediately advise you to stop smoking? Have you been accompanied by a doctor?

A pulmonologist had advised me to stop smoking and had me follow-up with my attending physician. The decision to stop smoking was not immediate for me, because I didn't take everything seriously... However, I was still fearing the warnings given to me by the pulmonologist, so I talked to my doctor, who helped me try to quit smoking.

How did you stop smoking?

I started with the patches, for a 6-month program with a follow-up with my general practitioner and heeding to his advice. At the end of my treatment with the patches, I was still smoking 4 cigarettes a day, so I went to see my pulmonologist again... he was very happy with my progress... However, he told me that I needed to stop smoking entirely because my COPD was now at stage 4 severe and that there is no other solution to stabilize the disease - which was now very severe - without quitting smoking.

So I opted for the e-cigarette, zero nicotine. The advantage is the taste is not too enviable to become addicted to. No more ashtrays, lighters or cigarettes at home. The taste being unpleasant and having nothing else, I now vaporize less and less and less and I avoid smoking in places. I also have started riding my bike. My general practitioner gave me some painkillers to assist me, and I use the bike mostly now to let off steam.

Have your loved ones helped you in your journey?

In my house, no one smokes and everyone encouraged me. They were all a great help to me. I had also told my co-workers that I was quitting smoking and they told me that I shouldn't try. However, I did it... I refused coffee breaks with smokers.

What was the hardest thing to overcome in quitting smoking? What were the obstacles?

The hardest part was the first 6 days, and for that I was busy doing a lot of things; it started to get easier after the first week by staying on my guard. After I stopped using the electronic cigarette, I had nothing left, and then I felt stressed. My general practitioner helped me with some remedies to stay zen.

Have you gained weight after quitting smoking? This is a concern of many smokers.

I didn't gain a pound! However, I must say that rather than smoking, I was cycling.

How long have you quit smoking? How do you feel physically and emotionally?

It will be 6 years on November 23rd. That's right, we remember the first time we didn't smoke! Today, I'm living again! Despite suffering from COPD, it is stabilized thanks to the cessation of tobacco, I smell the smells again, I found my taste again because I no longer had a palate because of my use of tobacco, I appreciate all these good smells whose perfume I had forgotten... On the other hand, tobacco now bothers me and I can no longer support a person who has a tobacco breath!

What would you advise a smoker who wants to quit smoking?

I could no longer smoke in my life because I can't stand the smell anymore and I don't want to smoke anymore. And after 6 years my disease is still stable.

What advice would you give to someone who wants to quit smoking?

To quit smoking, you must first want to quit strongly and keep up psychologically and be encouraged by those around you. Above all, you have to look at the advantages and disadvantages because... it's clear as day!

Many thanks to @ledalle for sharing his experience with us.

Have you had any similar experiences with trying to quit or quitting smoking?How did you manage?

Members, please feel free to comment, ask questions, and thank this member for the testimonial.

My problems were drinking AND smoking. Quit drinking after several accidents but figured my 3 packs of smokes a day weren't that much of a problem.  Then 15 years ago my wonderful wife (non smoker)was diagnosed with stage 4 lung cancer.

I lost my wife,I have COPD, my nerve endings are shot , and I think the higher power is keeping me alive as an example to others that not only did I cause pain to others but now I can live out my remaining years  listening to myself giving excuses about smoking. I can quit smoking any time I want to...I jut don't feel like it right now.

To all of you smokers RIGHT NOW is YESTERDAY.

How to manage your COPD triggers

Medication, treatments, and exercise : treatments for emphysema and COPD

I learned to breathe and manage stress better in the face of COPD.