Can you control your asthma using natural methods in combination with traditional treatments? IñakiMartin, a Carenity Spain member agreed to talk to us about his experiences with treatments, side effects and most of all, natural methods that he's used to help himself and others control their asthma symptoms.

Hi, my name is Iñaki Martin and I'd like to tell you about my experiences with asthma in the hopes it may help someone.

I'd been having persistent and constant asthma attacks, allergic rhinitis and dermatitis for the past 3 years. Some of the attacks were quite strong, and I'm very grateful to the doctors who treated me since if it weren't for them, I might not be around to talk about it.

Side effects and asthma treatments that didn't work

But in my case, for the past few years, the traditional form of controlling asthma with long-term treatments using medications, specifically inhaled corticosteroids, just wasn't working for me anymore, since the side effects were too severe and disruptive. They were affecting my kidneys, my liver and my throat (I had pus-filled sores and throat infections, fevers and was constantly losing my voice) not mention chronic feelings of stress, panic attacks and sadness.

The last inhaler I was prescribed made me feel very strange every time I used it; almost like I was drowning. It was bizarre, but since the feeling wasn't all that severe I just ignored it. Until one day it provoked a much stronger suffocating feeling right after I took it. I immediately took some Ventolin, took it several times, but it didn't help in the least, it was as if I hadn't taken anything at all. I was rushed to the emergency room where they told me that my pharynx had swollen shut, a condition they called "false asthma" combined with expiratory dyspnea, shortness of breath if you will (I think it was due to nerves).

That last attack scared me so badly that it pushed me to find some other way to treat my symptoms so I'd never have to go through that again.

"Inside, I felt very strongly that there had to be another way to treat my symptoms"

It became of a bit of an obsession that I couldn't get out of my head: there had to be another way, another method...! So I decided to follow my intuition and threw myself body and soul into finding out more about my illness and doing whatever was in my power to do to get rid of it.

Since 2012, I've been educating myself and trying all sorts of methods to treat asthma...

The first thing I tried was homoeopathy, but it didn't work for me. I traveled around and tried numerous training courses and therapies like rebirthing (breathwork), transpersonal therapy, meditation, bioenergetic therapy, holotropic breathwork, mindfulness, pranayama… but none of them worked. I learned a lot and the feelings of stress nearly disappeared, but I was still experiencing constant asthma attacks. It was then that I discovered a breathing technique called the Buteyko method. It's a natural method based on breathing techniques and changing involuntary habitual behaviours that tend to activate our asthma and make it chronic. It goes straight to the root of the problem and corrects it, which is why it's so effective.

Within a week of putting the techniques to use I noticed a big improvement, the nightly sensations of drowning in my sleep and the long daily attacks became lighter and less severe, until they stopped almost completely. My doctor noticed the improvements and decided to take me off medication.

It's now been two years since my last attack and I no longer use inhalers or any medication. It's like a second youth, but without asthma attacks. It's like a miracle after all the pain I went through and the despair about the future and its prospects.

"My goal isn't to demonize asthma medication because it's very important and necessary, but I know it never would've cured me. It was the combination of medications and Buteyko that allowed me to get rid of the asthma symptoms I had been living with for forty-some years."

What I find most fulfilling is helping people with asthma breathe better, so they can have the healthiest respiratory system possible. I know from experience how difficult it is to go through another attack and how exhausting it is; I know what it's like to not even have the energy to speak, or even take two steps; what it's like to wake up night after night struggling to breathe, and especially the frustration, the sadness that you feel when yet another attack seems to pop up out of nowhere when you least expect it and no matter where you are. And how good it feels to know that now I've found a way to fix all of that.

Here is Spain almost no one has heard of this method, but the national health services of New Zealand, the UK, the United States and especially Australia have been using it for years. The Buteyko Method originally comes from Russia, where it's taught in hospitals and has helped millions of people.

My hope is that other people in the same situation can discover they too can learn to control and free themselves from their asthma in a safe and efficient way, giving that extra little push that medications need to hit their goal “that people with asthma don't get attacks”. Yes, it isn't an effortless method, it requires dedication, consistency and the desire to get better because the patient has to do breathing exercises that are simple, but you must do them every day.

For the past few months I've been working as an instructor at the Instituto buteyko, and I'm also building a web page called Vitalasma (link in Spanish) which I hope to finish soon, where I can put all the information I have available about Buteyko.

Good health to everyone!

A big thank you to Iñaki for sharing his story with us in such a clear and honest way!
Leave your own experiences and questions in the comments!

Andrea is a marketing and communication specialist who has worked in the wellness, tourism and health sectors. Now the Community Manager of Carenity Spain, she wants to help patients find answers to their questions or simply get support. 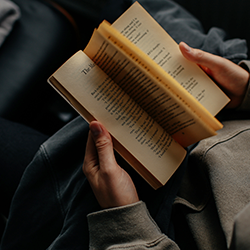 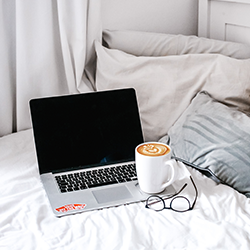 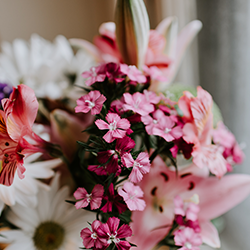 Seek out alternatives, talk with your doctor and don't give up