Severe asthma: “Do whatever it takes to live a normal life!”

Steve was born with severe asthma and has been through a tough journey dealing with it. At age 14, he almost died during an asthma attack when his heart stopped, and had to go through cardiopulmonary resuscitation.

A few years later, he started walking marathons and has been trying to change the misconceptions around asthma with his blog.

Read his story below!

Hello Steve, you agreed to share your story with us on Carenity and we thank you for that!

My name is Steve, I'm 67 years old and was born and raised in the San Francisco Bay area. I'm the oldest of 6 children. My family was very poor and dysfunctional. But despite having an abusive stepfather, I think we had a good childhood. My brother and I took karate lessons which was considered really cool at the time. I also loved music, all kinds, but especially rock music which was also very popular back then. I played the trumpet in school and later in life, took up the bass, which I still play today. 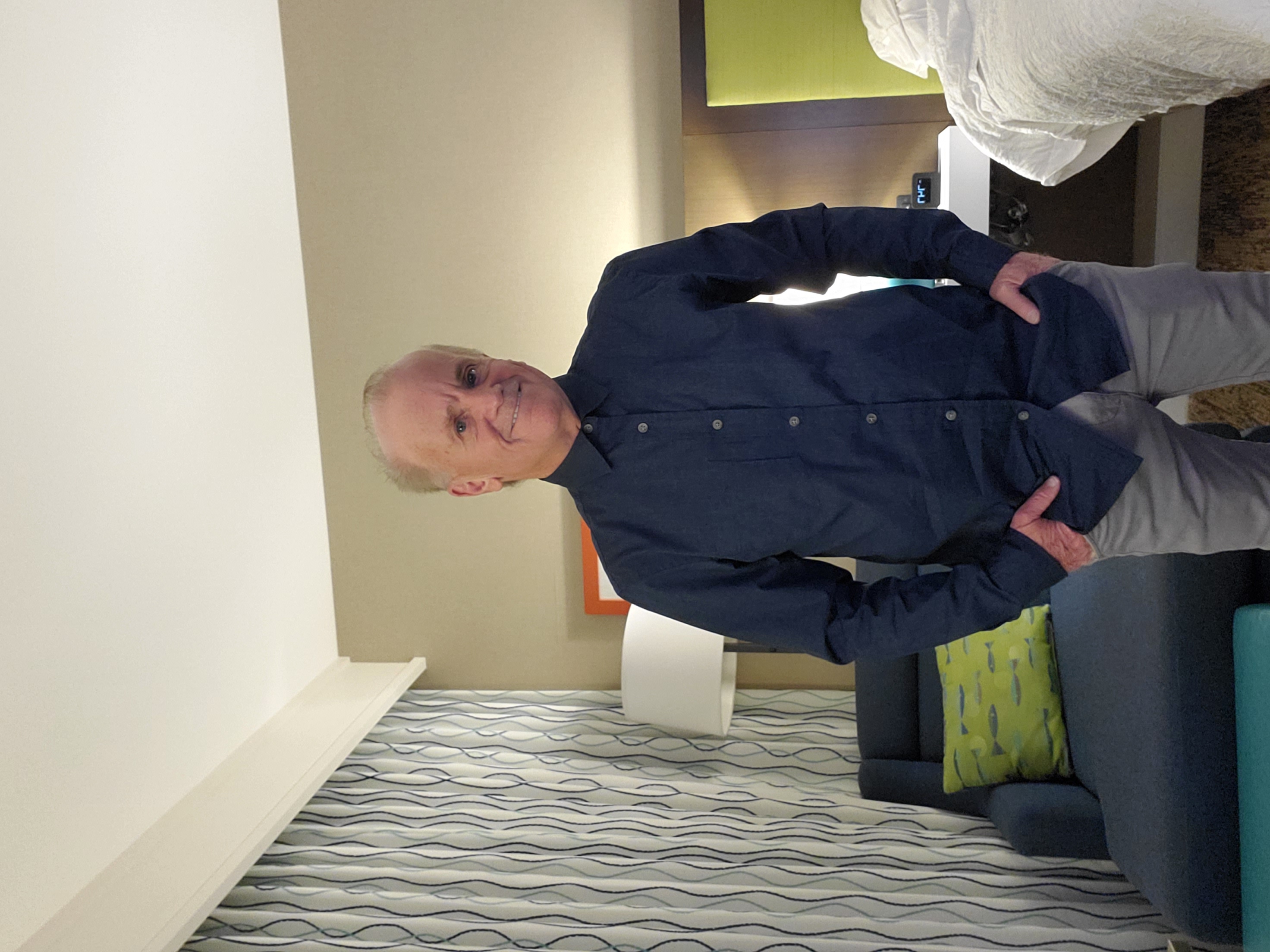 You were born with “severe refractory asthma with complex airway disease phenotype”, but officially diagnosed at the age of 7. What were the first symptoms? How many doctors did you see and what tests did you have to take?

Though I recall episodic flare-ups of wheezing and shortness of breath as early as age 3, I wasn't officially diagnosed with asthma until age 7, mainly because we didn't have the money for.

At first, the doctors thought I might have cystic fibrosis, but after further tests, including a positive methacholine challenge test, which was new at the time, it was determined that I had garden variety allergic asthma.

It's important to note, at the time there was no distinction between mild or severe asthma, let alone more complex phenotypes. Either you had asthma, or you didn't.

How did the illness evolve over the years? What were your treatments? Does it help?

My teenage years were kinda rocky. I would have periods where I would do OK with just an inhaler if I got short of breath. Then at age 14, I almost died during an asthma attack. My heart stopped and the doctors had to do CPR (cardiopulmonary resuscitation), luckily, I'm still here.

I think it was at that point that I started taking my asthma more seriously. After that I would end up in the hospital at least once a year and my ability to play sports was somewhat limited.

In my 20's and early 30's my asthma was actually pretty stable. Except for an occasional flare-up, I was able to work and attend school pretty much full time. A popular treatment at the time was IPPB (Intermittent Positive Pressure Breathing) where a machine would force bronchodilator medication into your lungs under pressure. This type of therapy is rarely used anymore. It was replaced by nebulizer therapy in the 1980s and continues today.

Other than that, the treatment relied on steroid pills, inhalers and older oral medications like aminophylline.

A few years later, you were diagnosed with obliterative bronchiolitis. Did this disease appear later? Or did you have both conditions from the beginning?

The "presumed" diagnosis of bronchiolitis obliterans (BO) didn't come until just a few years ago. I say presumed, because I haven't undergone the definitive test for BO, which is an open lung biopsy. That procedure would be too risky for me.

The diagnosis was made based on the presentation of my symptoms, my possible exposure to certain chemicals as a young adult, and the unusual way my asthma behaves when I end up on a ventilator. In any case, the treatment for asthma and BO is essentially the same... That is steroids and bronchodilators.

It’s uncertain how long I've had the condition, but upon reviewing 30 years of Pulmonary Function Tests (PFTs), it probably developed in my late 40's.

What impact have these diseases had on your daily life? How do people around you view the disease? Are they understanding and comforting? Do you feel free and comfortable to talk about it?

My asthma affects every aspect of my life, but I take precautions and try not to let it limit what I can or cannot do. I think my marathon walking is a perfect example of that.

Many people, including my doctors advised against strenuous exercise. Some even thought I was making myself sicker by doing too much walking. That was the mindset just a decade ago, now of course we know that exercise is beneficial and even recommended for those suffering from all kinds of chronic respiratory conditions.

As far as the way others view asthma, except for my friends who live with asthma or caregivers of those who have it, I think asthma is often dismissed as more of a nuisance condition than a disease that causes major suffering and sometimes death.

I've tried to change that with my blog and through various awareness groups throughout the years. I think things are getting better, but more needs to be done to spotlight this awful condition.

Do you have a family history of any of your diseases? According to you or to the doctors, is there a link between your conditions?

To my knowledge, I'm the only one in my extended family who has ever had asthma.

In September 2004, you decided to launch your blog "Breathinstephen". Why did you make this choice?

I actually started my blog, Breathinstephen to chronical my foray into the world of long-distance endurance walking. Both blogging, and walking marathons was new back then so I thought it would be fun to document what it was like for a person with really bad lungs to participate in such activity.

My goal was to get myself in good enough physical shape to complete a full marathon. I knew I could never run one, so I decided to see if I could walk one. It wasn't until I started writing about my asthma flare ups and hospitalizations that occurred while training for those races, that I noticed people were more interested in my asthma than my walking.

Over time, I started writing more and more about my asthma and I noticed that people were becoming more engaged and leaving more comments. I then started expanding in social media circles and in late 2010 I was the #1 asthma influencer on the web. I've since backed off the social media stuff because it's just too demanding to come up with the new content to satisfy readers. Nowadays I write on my own terms and post whenever I want. It's also therapeutic for me.

Why did you decide to become a respiratory care professional?

Why did I become a Respiratory Care Practitioner? I get asked that question a lot. I wish I could give the noble answer and say it was because of my asthma and I wanted to give back, but that wasn't the case. I was a naive 22-year-old unemployed audio engineer who needed a more stable career; one that offered the possibility of medical insurance, because this is the USA after all.

When I was presented with the opportunity to attend a Nursing School or Respiratory Therapy School, I picked the latter. It sounded cooler than Nursing and was more focused on the lungs, which I obviously had some experience with.

That said, it was actually my asthma that got me through the door in the first place. I was in the hospital for a bad asthma exacerbation at the time, when a social worker came to my bedside and asked if I might be interested in a career in the healthcare field. She made a deal with me that if I completed my current semester at the local community college where I was going with a grade point average of 3.5 or better, the government would pay for my tuition to attend one of these 2 programs.

I made good on the deal and finished the semester with a 4.0 (A), and they kept their promise and paid for Respiratory Therapy School. 2 years later, I graduated and ended up working the next 30 years as a Respiratory Therapist.

Finally, what advice would you give to Carenity members who, like you, are affected by asthma or have a loved one affected?

My message is simple, if you suffer from asthma, especially severe asthma, learn all you can about your disease and take an active role in your treatment. Do whatever it takes to live a normal life. Try to incorporate some type of exercise into your treatment regimen.

Get up and move. Don't be afraid!

Many thanks to Steve for sharing his story with us on Carenity!
Was this testimonial helpful to you?

Give it a "like" and share your thoughts and questions with the community in the comments below! 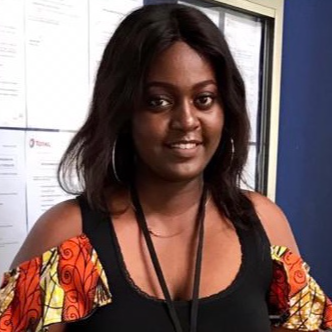 Asthma: "My case was considered very serious by the doctors in the intensive care unit"

Coronavirus and Asthma: A Patient's Experience

Coronavirus and asthma - should I stop using my inhalers?

What is it really like to live with Asthma?

What are some asthma myths and misunderstandings?

Does your asthma get worse at night?

Does your asthma get worse while wearing a mask? How to cope with it?

Montelukast and side effects: What should I do?

Storm asthma: Let's talk about it!

What does everyone enjoy doing?

Did you struggle with your Asthma in September?

Have you ever been hospitalized because of your asthma?