A new study looks at how eating a common type of mushroom can affect glucose, or blood sugar, regulation. The results may have implications for managing diabetes and other metabolic conditions, such as obesity. 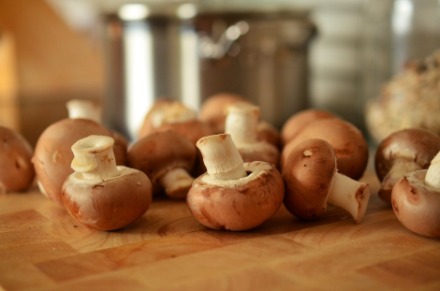 Researchers working in various departments at Pennsylvania State University have recently conducted a study in mice.They wanted to investigate the effects of white button mushrooms (Agaricus bisporus) as prebiotics.

Prebiotics are substances, often derived from the foods we ingest, that support the activity of microorganisms in the gut, and which can boost the growth of beneficial bacteria.

In a mouse model, the scientists were able to map out how white button mushrooms modify the gut microbiota, ultimately leading to improved glucose regulation in the mice's systems.

In diabetes, our bodies do not produce enough of the hormone insulin, which helps regulate blood sugar levels. Insulin helps transfer glucose from the blood and into the cells, to provide them with energy. It also places excess glucose "into storage," so to speak, so that it can be converted into energy as it is needed.

The researchers wanted to see whether white button mushrooms could influence the production of glucose in the body, and if so, how. They report their findings in a paper now published in the Journal of Functional Foods.

Cantorna and her team worked with two types of mice: one with a regular gut microbiome, and one bred to lack a gut microbiome and be entirely germ-free. The latter acted as the control group.

The researchers fed all the mice a daily serving of white button mushrooms, which is equivalent to about 3 ounces of mushrooms per day for humans. They found that the mice with gut microbiomes experienced changes in their populations of gut microbes. In particular, their guts produced more short-chain fatty acids, such as propionate synthesized from succinate.

Cantorna and her colleagues believe that eating white button mushrooms triggers reactions in the gut microbiome that lead to the growth of certain types of bacteria, such as Prevotella, which, in turn, boosts the production of propionate and succinate.

These, the scientists explain, can alter the expression of certain genes that are involved in the production of glucose, also known as "glucogenesis."

"There were big differences in the kinds of metabolites we found in the gastrointestinal tract," she continues, "as well as in the liver and serum [blood], of the animals fed mushrooms that had microbiota [compared with] the ones that didn't."

The findings suggest that white button mushrooms, as a prebiotic food, could be used in the future to manage diabetes, due to the role that they seem to play in glucogenesis.

Moreover, Cantorna and team note that their new study confirms the important link between the foods in our diet and the bacterial populations in our gut.

"It's pretty clear that almost any change you make to the diet, changes the microbiota."

Margherita Cantorna
While this study was conducted in mice with a normal weight, the researchers explain that they are also interested in testing the effects of this prebiotic food in mice with obesity.

This would be the first step toward eventually extending this research to human participants, in the hope that it will lead to a better understanding of how our daily diets impact metabolic processes and influence the prevention or development of certain health conditions.