Fats or Carbs: What Causes Obesity?

Too many carbohydrates or too much fat? Opinions as to which parts of our diets are likely to cause obesity are split. A recent study takes a closer look at the effects of diet on weight and health. 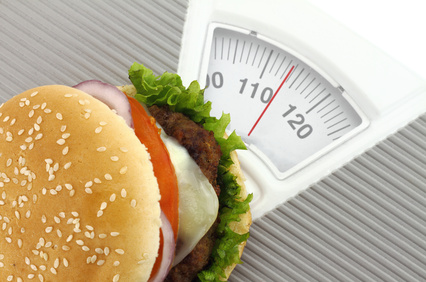 Earlier this year, Medical News Today reported on a study that pitted the potential benefits of the low-carb diet against those of the low-fat one.

The scientists asked which type of diet would be best for shedding excess weight.

Their conclusion? In essence, that it is hard to tell.

Both have pros and cons; some people may benefit more from laying off the fats, whereas others may see better results by sticking to a low-carb dietary plan.

Both carbs (which are a primary source of glucose, or simple sugar) and fats have been blamed for increasing a person's likelihood of facing obesity, and studies keep debating these points, so the argument is far from settled.

Recently, the view that an excessive carb intake may be the main dietary cause of obesity has had more traction, though some researchers have questioned this.

In a paper now published in the journal Cell Metabolism, researchers from two institutions — the Institute of Genetics and Developmental Biology at the Chinese Academy of Sciences in Beijing and the University of Aberdeen in the United Kingdom — have once more turned the cards, suggesting that we should look once more to fatty foods.

Sugar Intake Had No Impact On Weight

In what they think is the largest study of its kind to date, lead researcher Prof. John Speakman and team worked with mice to test the effects of three macronutrients – carbohydrates, fats, and protein — on body fat accumulation.

The scientists turned to the murine model because, as they explain, asking human participants to follow one type of diet and evaluating them for very long periods of time is extremely tricky.

But looking at rodents — which have similar metabolic mechanisms — could offer crucial clues and workable evidence.

Mice belonging to five different genetically engineered strains were assigned to one of 30 various types of diet, including variations on their content of fat, carbs, and protein.

The mice were kept on their respective diets for a period of 3 months — which counts as 9 years would for humans.

Throughout this time, they were assessed for changes in body weight and body fat content, to see which of the mice would end up becoming overweight.

The scientists found that only an excessive intake of fats increased adiposity (body fat content) in mice, while carbohydrates — including up to 30 percent of calories derived from sucrose — had no impact.

Moreover, a combined fatty and sugary diet did not increase body fat more than a fatty diet did on its own.

As for protein intake, the research team says that there was no evidence that it affected the intake of other macronutrients or the amount of body fat.

And why does the intake of fat lead to obesity? The researchers believe that fats "appeal" to the brain's reward system, stimulating a craving for an excessive amount of calories, which then determines weight gain.

"A clear limitation of this study," as Prof. Speakman explains, "is that it is based on mice rather than humans."

"However, mice have lots of similarities to humans in their physiology and metabolism, and we are never going to do studies where the diets of humans are controlled in the same way for such long periods."

Have you ever tried/experimented with changing your fat or carb intake? Have you noticed a change in your condition or weight?