Why Does Hormone Therapy Worsen Some Prostate Cancers?

Hormone therapy for prostate cancer does not always work; the tumor can become resistant and continue to spread. Now, new research reveals how the therapy alters the environment of tumor cells to make this happen. 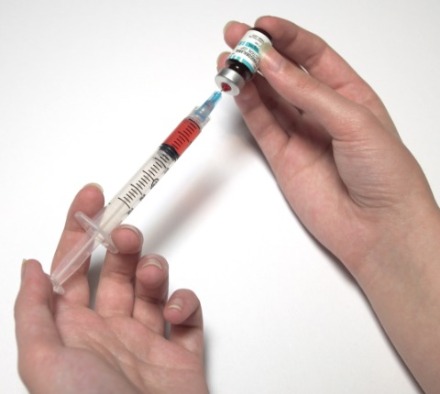 Scientists at the Cedars-Sinai Medical Center in Los Angeles, CA, suggest that their study could lead to a "simple blood test" to identify prostate cancer cases that are likely to become resistant and aggressive if they are treated with hormone therapy.

They report their findings in a study paper that now features in the Journal of Clinical Investigation.

Prostate cancer starts in the prostate, which is a gland that lies between a man's bladder and his penis, next to the rectum. The gland surrounds the urethra, which is the tube that carries urine from the bladder to the penis. It makes and adds fluid to semen as it passes through this tube.

The cancer begins when cells in the prostate grow out of control and form a tumor. It arises mostly in men aged 65 and older and rarely before the age of 40.In the United States, prostate cancer is the most common cancer in men after skin cancer. The American Cancer Society (ACS) estimate that the U.S. will see around 164,690 new cases of prostate cancer and 29,430 deaths to the disease in 2018.

Although it can be serious, most men diagnosed with prostate cancer will not die of it. This is why today in the U.S., there are 2.9 million men living with or who have survived the disease.

In general, prostate cancer survival rates are higher the earlier the cancer is detected and treated. However, many other factors can also affect a man's outlook, including how well his cancer reacts to treatment.

Hormone therapy can be successful, but there are cases when the tumor develops resistance to the treatment and then comes back or spreads.

In their study paper, the Cedars-Sinai researchers reveal that a possible reason for this is that the hormone therapy triggers a fundamental change in the tumor.

It causes some cancer cells, which are mainly of the common adenocarcinoma type, to transform into a much rarer type called neuroendocrine, which occurs in less than 1 percent of cases.

"This transformation is a problem," says senior study author Neil A. Bhowmick, who is the co-director of the Cancer Biology Program at Cedars-Sinai, "because neuroendocrine prostate cancer is especially aggressive, metastasizes more readily, and is more resistant to both androgen-targeted therapy and chemotherapy."

He explains that there is evidence to suggest that around a quarter of men treated with hormone therapy can experience a return of their cancer in which the tumors look like neuroendocrine prostate cancer and become treatment resistant.

So, working mainly with mice, he and his colleagues decided to focus on the interaction between prostate cancer cells and their microenvironment inside the tumor. The microenvironment is supported by cells called stromal cells.

The team found that androgen deprivation therapy can influence genetic programs in the stromal cells to cause prostate cancer to progress to "a more aggressive differentiation state."

They also observed that the cell transformation was accompanied by a rise in glutamine, an amino acid that is known to hasten the growth of cancer.

The glutamine was being produced in the genetically altered stromal cells and "served as a source of energy" for the cancer cells, as well as helping transform the adenocarcinoma cells into neuroendocrine ones.

They suggest that this means that it should be possible to develop a simple blood test to detect those prostate cancers that are not responding to hormone therapy and perhaps even predict resistance.

"To our surprise, we found this type of therapy further changed the cellular environment in a way that caused adenocarcinoma cells in the prostate to transform into neuroendocrine cancer-type cells[,]" [stated] Neil A. Bhowmick.

How does a black man receive professional urological medical treatment?  Keep your filthy misandristic sadistic racist females away from us.  . It amazes me that you turn our genitals over to your female accomplices to abuse us as they wis.h.

How about treating our disease rather than making us androgynous?  Give us treatments to  retain our masculinity and stop turning us over to your your female accomplices to abuse as you and they wish,.