Sleep is a complex physiological state of mind and body. We spend one third of our lives sleeping.
However, our sleep can be disturbed by many factors such as our lifestyle, stress level, diet and also various sleep disorders such as insomnia or sleep apnea.

One such disorder is sleep paralysis.

What is it? What are its symptoms and what causes it? Is it a serious condition?

Read our article to find out!

What is sleep paralysis?

Sleep is crucial for many biological functions, and has a significant influence on our health. Poor sleep quality increases the risk of cardiovascular disease, obesity, type I and type II diabetes, cancer and accidents. In the US, 30% of adults are affected by a sleep disorder. Sleep paralysis is characterized by a total inability to speak, move and react while in the REM stage of sleep. This phenomenon is more widespread than one might imagine, and can affect anyone. Between 20 and 30% of the population has already been affected by sleep paralysis at least once. It is not a disease. Sleep paralysis is part of the parasomnias, which are undesirable behaviors that occur at the time of falling asleep, during sleep or during the waking phase. These behaviors also include sleepwalking, night terrors or nightmares. When sleep paralysis occurs at the time of falling asleep, it is called hypnagogic paralysis. When it appears upon waking up, it is called hypnopompic paralysis. In both cases, sleep paralysis occurs during the REM sleep stage.

Here are the different stages of a sleep cycle: 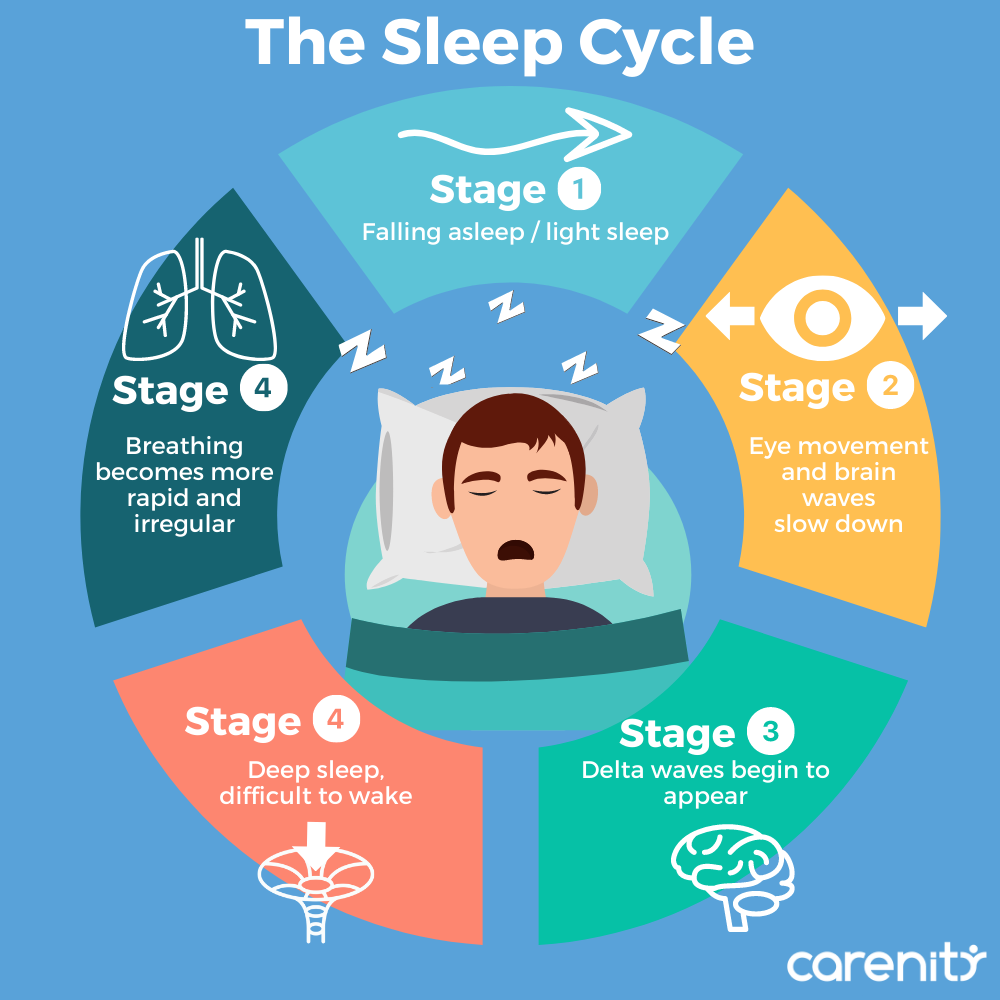 During the REM stage, the brain is very active but there is a decrease in muscular vigilance, a way for the brain to protect itself against physical, violent or even dangerous manifestations of dreams. The neurotransmitter glycine prevents the muscles from moving. The only muscles that remain active are the eye muscles and the breathing muscles. This is called muscle atony. Sleep paralysis is an abnormality in the transition from wakefulness to sleep or from sleep to wakefulness. It can be described as an unfinished awakening, i.e. self-consciousness is present but there is no awareness of the surrounding reality yet. During sleep paralysis, the brain areas in charge of the awakening stages and those controlling motor skills become dissociated, they do not communicate with each other. This lasts from a few seconds to a few minutes. This state is often accompanied by hallucinations. These hallucinations may include the feeling a hostile presence in the room, the feeling of pressure made on the body, hearing creaking sounds or footsteps, etc. There may also be so-called kinesthetic sensations such as the impression of falling, floating, levitating, etc. The feeling of suffocation caused by sleep paralysis happens because the muscles of the thoracic cage get paralyzed, but there is no need to worry because the diaphragm which allows breathing functions normally.

The main causes of sleep paralysis are:

Most often, sleep paralysis is triggered by lack of sleep and lying on the back (muscle tone takes longer to return than normal). In general, we experience sleep paralysis at least once or twice in our lives, mainly during adolescence or early adulthood.

How can you control sleep paralysis?

When you experience sleep paralysis, you have two options: either to let it happen or to struggle. Struggling can lead to frustration, more anxiety and difficulty falling asleep afterwards. Specialists recommend that you let yourself go by thinking of pleasant and soothing things, in an attempt to fall back asleep. The phenomenon will disappear on its own if you remain calm and take deep breaths. Also, since sleeping on your back can be a risk factor, sleeping on your side will make it less likely that you experience sleep paralysis. Even if the experience can be quite distressing, each person concerned eventually regains possession of their body and no treatment is necessary. Instead, it is advisable to eliminate risk factors such as stress and anxiety to avoid a recurrence. Thus, recovering a good sleep rhythm, practising meditation and avoiding overwork are keys for a better sleep quality.

Does sleep paralysis need to be treated?

Sleep paralysis is a brief disturbance of sleep. Contrary to many beliefs, the sources of this disorder are not diabolical or mystical. There is a scientific explanation for sleep paralysis. It does not kill you, nor is it a serious condition. The diagnosis of sleep paralysis is based on clinical signs communicated by the person concerned to their doctor. If sleep paralysis recurs, it may be a sign of another sleep disorder, narcolepsy, which is a severe wakefulness disorder, characterized essentially by sudden and uncontrollable periods of sleep that occur several times during the day, sometimes in the middle of an activity. One third of narcoleptics often suffer from sleep paralysis. It is therefore necessary to see a doctor if this phenomenon becomes increasingly frequent and if it leads to significant drowsiness during the day. In this case, the doctor will look for a physiological cause for the disorder. In the most severe cases, treatment with antidepressants may be considered, as this will suppress the REM stage. If the doctor believes that sleep paralysis is caused by a bad sleep rhythm, he or she can refer the patient to a specialized sleep clinic, or sleep department. The aim would be to recover quality sleep so that the episodes of sleep paralysis are less severe, but also to avoid other health consequences of a poor sleep.

Insomnia: What is it and how is it treated?