Here is a list of the winners of the Nobel Medicine Prize in the past 10 years, after James Allison of the US and Tasuku Honjo of Japan were awarded Monday for research that has revolutionized cancer treatment: 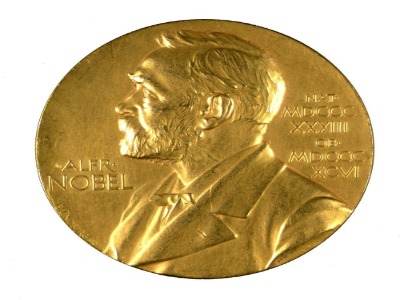 2018: Immunologists Allison and Honjo win for figuring out how to release the immune system's brakes to allow it to attack cancer cells more efficiently.

2017: US geneticists Jeffrey Hall, Michael Rosbash and Michael Young for their discoveries on the internal biological clock that governs the wake-sleep cycles of most living things.

2016: Yoshinori Ohsumi (Japan) for his work on autophagy -- a process whereby cells "eat themselves" -- which when disrupted can cause Parkinson's and diabetes.

2014: John O'Keefe (Britain, US), Edvard I. Moser and May-Britt Moser (Norway) for discovering how the brain navigates with an "inner GPS".

2013: Thomas C. Suedhof (US citizen born in Germany), James E. Rothman and Randy W. Schekman (US) for work on how the cell organizes its transport system.

2012: Shinya Yamanaka (Japan) and John B. Gurdon (Britain) for discoveries showing how adult cells can be transformed back into stem cells.

2010: Robert G. Edwards (Britain) for the development of in-vitro fertilization.

2009: Elizabeth Blackburn (Australia-US), Carol Greider and Jack Szostak (US) for discovering how chromosomes are protected by telomeres, a key factor in the ageing process.

Have any of these works had an affect on your health and life?

Jeffrey Hall,  I would love to know more. I have narcolepsy catapexy diagnosed in 2013 was told mine is 1 in 500,000.  I only bounce between 1 and 2 all night long sleep cycles and when I did the nap test I fell asleep within minutes,  now at home it takes me about an hour to fall asleep

I am interested in your study on sleep wake cycle.  I have Narcolepsy catapexy diagnosed in 2013. Mine is 1 in 500,00