Human Lifespan May Not Have Peaked After All: Study

Has the maximum lifespan for a human already been reached? Maybe not, said a study of Italian centenarians published Thursday that found that human longevity is slowly increasing. 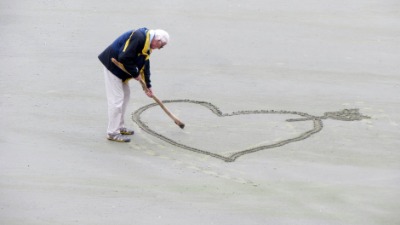 Scientists have long debated whether or not the ultimate lifespan in people has been attained. A 2016 study in the journal Nature argued that it has, in 1997, when Frenchwoman Jeanne Calmant died at the record-breaking age of 122. But the new findings in the journal Science point to the possibility for extended human longevity, and that our species' lifespans may increase over time. Based on data from more than 3,800 centenarians in Italy, researchers found the risk of death slows, and even plateaus, above age 105.

"As we age, our health and risks of death get worse faster and faster. But at extreme ages, they stop getting worse," said co-author Kenneth Wachter, a professor of statistics at the University of California, Berkeley. "They don't get better, but they stop getting worse. They level out -- it's called a plateau," he told AFP.

Researchers studied data on all inhabitants of Italy aged 105 and older between 2009 and 2015 -- those born between 1896 and 1910, for a total of 3,836 documented cases, said the study. Focusing on mortality among people born in the same years, over time they found slight declines in mortality rate. This suggests as time went on, people were living a bit longer than those born in prior years.

"The slow but distinct improvements over time that we see in the level of the plateau beyond age 105 give hope that a fixed limit to lifespan is not currently in view," explained Wachter.

Socioeconomic factors and improved medical care could be factors in the lengthening human lifespan. But "similar mortality plateau patterns in extreme age are observed in other species, hinting at common structural and evolutionary explanations," said the report. If the research is confirmed by other studies, that could mean the limit of the human lifespan has yet to be reached.

Life expectancy globally has risen almost continuously since the 19th century, but has leveled off in recent decades. Babies born in the United States today, for example, can expect to live to nearly 79 compared to 47 for Americans born in 1900. But people who live to extreme old age are rare. Since Calmant's death, the general trend for the oldest person in the world has been to reach about 115 years old.

Wachter said the findings do not point to a new potential lifespan limit. "Our findings do not say anything about ages beyond about 113," he told AFP. "But they do provide some hope that increased understanding of interactions between genetic variants and medical and behavioral factors may contribute to better health and survival for people in their 80s and 90s, 10 or 15 years from now."

Amazing. What Are Your Thoughts On This Article?

Wow!!! With progressive ms I don’t want to. If I had any support system maybe but I don’t.

@LynndMS‍ . research moves so fast! Let us hope something is coming down the chute for MS. Hang in there and keep pushing! I hope you are finding support here also!

Thank you. I have your message and one friend request. Every little bit helps.

4 people reacted to this article. What do you think about that? Join the community!