Scientists have uncovered dozens of genes that increase the risk of depression ; a major finding that underscores the complexity of the disease and reveals why antidepressant therapies work well for some people but are utterly ineffective for others. 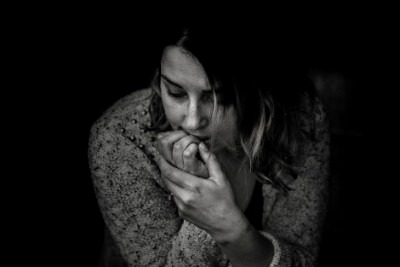 A global consortium of more than 200 scientists identified 44 gene variants, or small changes in genes, each one contributing in some small way to a person's risk of depression. Thirty of the gene variants had not been identified in any previous study.

The hope is that the discovery will pave the way for new, diverse therapies for depression, an often-crippling disease that affects nearly 15 percent of adults worldwide, according to the World Health Organization. Only about half of patients respond well to existing treatments, which include both drug therapy and psychotherapy.

Depression is one of the world's most serious yet elusive public health problems, said Dr. Steven Hyman, director of the Stanley Center for Psychiatric Research at the Broad Institute of MIT and Harvard, who was not involved with this study.

"Despite decades of effort, there have been, until now, only scant insights into its biological mechanisms," Hyman told Live Science. "This landmark study represents a major step toward elucidating the biological underpinnings of depression."

Many of the genes tied to depression also are associated with other psychiatric conditions, such as schizophrenia and bipolar disorder, as well as health issues linked to depression, including obesity and insomnia, the study found.

Some of the gene variants control neurotransmitters in the brain, such as dopamine and adrenaline, which the current class of antidepressant drugs can target. Other gene variants have nothing to do with neurotransmitters, though, which may be why antidepressants don't work for some people if the genetic underpinnings of their depression lie elsewhere in the brain, the scientists said.

Each of the newly identified gene variants is essentially a target that could be addressed with a drug therapy, said co-lead study author Dr. Patrick Sullivan, director of the Center for Psychiatric Genomics at the University of North Carolina School of Medicine. (Sullivan, along with several other of the study researchers, has ties to either pharmaceutical or genetics companies.)

In the new study, the researchers found no single gene variant that was a strong risk factor for depression in the way mutations in the BRCA1 gene frequently lead to breast cancer. Instead, each gene variant contributes to depression in an incremental way.

"If there were something major, we would have found it," Sullivan told Live Science.

All people carry some of these gene variants for depression, but some people have more than others, placing them at greater risk for depression, said lead study author Naomi Wray, a professorial research fellow at the University of Queensland in Australia.

Earlier studies on identical twins have revealed that genes may be responsible for half of all cases of depression. Other times, the cause may be stress or trauma. Some people, for reasons not understood, can remain resilient despite living through experiences that would make others depressed.

"We know that many life experiences also contribute to risk of depression, but identifying the genetic factors opens new doors for research into the biological drivers," Wray said in a statement.

Sullivan compared the study on depression and genetics to research that was done on cardiovascular disease decades ago, which has led to drug therapies that significantly reduce the risk of heart attacks and stroke. Most of the antidepressant drugs used today were discovered by chance, but now the search for new drugs can be "rationally driven" by biological discovery, he said.

For example, gene variants are associated with RNA and the movement of molecules out of the nucleus of nerve cells, Sullivan noted. This discovery could lead to "biologically driven therapeutics" targeting RNA, he said.

Scientists involved in this study are working on an online tool to allow volunteers with depression to take part in further genetic studies. Members of the public who want to be notified about the launch of the study can email darr@kcl.ac.uk.

What are your thoughts about this study?