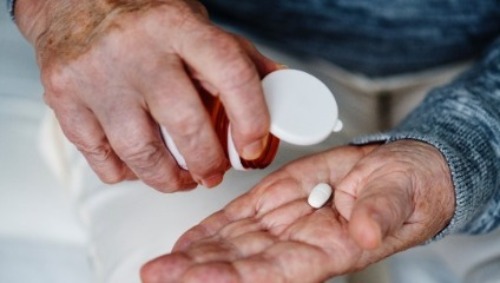 The 10 defendants, arrested in raids across the US financial capital, were accused of conducting little or no examination of patients before prescribing the pills in exchange for hefty cash payments.

"They were drug dealers in white coats," said Geoffrey Berman, the US Attorney for Manhattan. "They hid behind their medical licenses to sell addictive, dangerous narcotics," he added.

One doctor with offices in the Bronx and Westchester was accused of issuing oxycodone prescriptions in exchange for thousands of dollars, expensive dinners, high-end whisky, cruises and all-expenses-paid trips. Another, Dante Cubangbang, 50, and his associates at a clinic in Queens, allegedly prescribed more than six million oxycodone pills knowing that the
recipients had no legitimate medical need for them. Those at the clinic allegedly collected more than $5 million in cash fees.

"Part of what is driving this opioid epidemic is a prescription epidemic," Berman told a news conference. "They did it for a very simple reason: greed. They did it for cash, for meals and expensive gifts," he added.

Anthony Pietropinto, an 80-year-old Manhattan psychiatrist, wrote prescriptions to drug addicts, including one patient who overdosed, they added.

The opioid epidemic has helped fuel the first drop in US life expectancy at birth over two consecutive years since the early 1960s, statisticians say. In 2016, 63,600 people died nationwide from a drug overdose, according to the Centers for Disease Control and Prevention. That works out to an average of 174 Americans a day.

In the city of New York alone, around 1,500 individuals died of drug overdose in 2017, and the majority of deaths involved opioids.

The battery of charges includes conspiracy to distribute controlled substances, which carries a maximum sentence of 20 years in prison.

Do you think this could lead to further restrictions on access to medicines for those who trully need it?

Update: Fatal drug overdoses in the US declined by 5.1 percent in 2018, according to preliminary official data released in July 2019, the first drop in two decades. The trend was driven by a steep decline in deaths linked to prescription painkillers.

The total number of estimated deaths dropped to 68,557 in 2018 against 72,224 the year before, according to the figures released by the Centers for Disease Control and Prevention (CDC). But that number is still far higher than the 16,849 overdose deaths in 1999, a figure that rose every year until 2017, with a particularly sharp increase seen from 2014 to 2017.

Deaths attributed to natural and semi-synthetic opioids, such as morphine, codeine, oxycodone, hydrocodone, hydromorphone, and oxymorphone, which are prescribed as painkillers, saw a drop from 14,926 to 12,757, or 14.5 percent. That was the steepest drop for any category of drug, though deaths linked  to synthetic opioids (drugs like tramadol and fentanyl) continued to rise sharply.