What is right for me? Advil? Aspirin? Tyenol? Ibuprofen?

Which over-the-counter pain reliever is right for you? 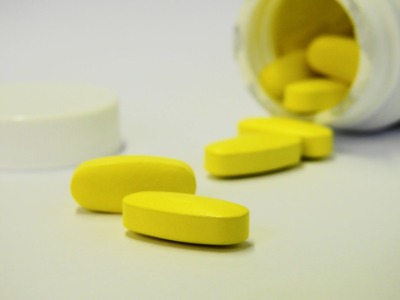 Over The Counter Brands: Bayer, Ecotrin, Equate, and other generic bottles

Cons: People with stomach or colon bleeding should never take aspirin. Not safe for children.

What Professionals Say: "There's a rare incidence of something called Reye's Syndrome, which is a very serious disease that can be caused by aspirin in kids," says Bertie M. Bregman, MD, of Westside Family Medicine in New York City.

"I would say that there's no discernible advantage to brand-name over generic aspirin, so you might as well just look to see what the dosage is and if it's the same. Go for whichever is cheaper," Dr. Bregman says.

Over The Counter Brands: Tylenol, and other generic brands

Benefits: Relieves pain and fever. Does not relieve swelling (not anti-inflammatory)

Cons: Does not aid in inflammation; alchohol consumption with use of tyenol can damage the liver; heavy alchol drinkers and people with liver problems should avoid tyenol (acetaminophen).

What Professionals Say: Bertie M. Bregman, MD, of Westside Family Medicine in New York City says anyone with liver problems should stay away from acetaminophen and be careful when giving it to babies.

"We commonly prescribe acetaminophen for babies," Bregman says. "There's some emerging data showing a possible association between acetaminophen use and the development of asthma. That might be a reason to limit our use of acetaminophen. I think that it's still a very valuable drug in kids to decrease fevers primarily, but also for pain control. I still use it commonly but along the general theory that you should always be careful about using any medication and only use it when you have to. I avoid it when I don't have to use it because I'm waiting to hear more about this association."

Over The Counter Brands: Advil, Motrin, and other generic brands

Cons: Not safe as others alternatives for pregnant women and people who are 60 or older; can cause serious complications like stomach bleeding and kidney problems if taken for a long period of time; can raise risk of getting blood clots, heart attack, or a stock (like all NSAIDs); if have kidney problems, you should stay away from ibuprofen.

Over The Counter Brands: Aleve, some forms of Midol

Cons: Not safe for pregnant women or people age 60 or older; can cause seriorus complications like stomach bleeding and kidney problems if taken for a prolonged period of time; can raise risk of blood clots, heart attack, or stock (like all NSAIDs)

"The main reason to choose naproxen over ibuprofen or aspirin is that it's longer lasting, so you don't have to take it as frequently. It lasts longer in your system," says Bertie M. Bregman, MD, of Westside Family Medicine in New York City.

IMPORTANT: Aspirin, ibuprofen, and naproxen are all part of the same class of medications, known as NSAIDs, so they should never be combined. It is possible to take acetaminophen with these three, without worrying about side effects. If you're ever unsure of what to pick, consult with your physician and/or discuss with your local pharmacist. 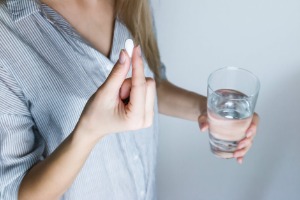 Which medicine works best for you?

Sources: Everydayhealth.com and Iodine.com (Note: Content may be edited for style and length)