For people with treatment-resistant depression, adding vagus nerve stimulation to medication can drastically improve their quality of life, concludes a new study. 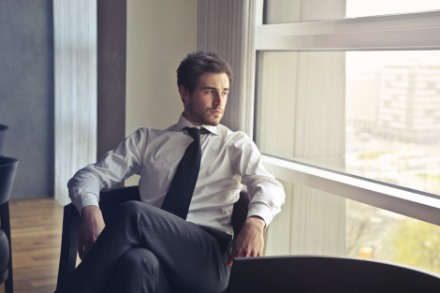 The National Institute of Mental Health suggest that over 16 million people in the United States have had at least one episode of major depression in the past year.

Of these, more than 10 million adults report that the condition severely impaired their quality of life.

There are a variety of treatments available for depression, including therapy, medication, and making changes to one's lifestyle. However, for some, these therapies are not enough to relieve the symptoms and improve quality of life.

In VNS, a device is fitted in the patient's chest or neck, under the skin. These devices send pulses of electrical stimulation to the vagus nerve, which starts in the brain, goes through the neck, and ends in the chest and abdomen.

However, does VNS really improve the quality of life of those who opt for it? A new study, just published in The Journal of Clinical Psychiatry, aims to answer this question.

The researchers were led by Dr. Charles R. Conway, a professor of psychiatry at Washington University in St. Louis, MO.

VNS makes a big difference in people's lives Dr. Conway and team examined the effects of VNS on nearly 600 people with treatment-resistant depression. The participants had tried four or more antidepressants, with no success, before resorting to VNS.

The scientists compared 328 patients with treatment-resistant depression who had a vagus nerve stimulator — some of whom were also taking medication — with 271 study participants who only received "treatment as usual."

"Treatment as usual" included antidepressants, psychotherapy, transcranial magnetic stimulation, and electroconvulsive therapy. These treatments were taken separately or in combination.

To evaluate the participants' quality of life, Dr. Conway and team used 14 parameters, including:

Dr. Conway summarizes the findings, saying, "On about 10 of the 14 measures, those with vagus nerve stimulators did better."

"For a person to be considered to have responded to a depression therapy, he or she needs to experience a 50 percent decline in his or her standard depression score," he explains.

"But we noticed, anecdotally, that some patients with stimulators reported they were feeling much better even though their scores were only dropping 34 to 40 percent."

One such piece of anecdotal evidence comes from study participant Charles Donovan. "Slowly but surely, my mood brightened," he explains. "I went from being basically catatonic to feeling little or no depression."

"Before the stimulator," Donovan recalls, "I never wanted to leave my home [...] It was stressful to go to the grocery store. I couldn't concentrate to sit and watch a movie with friends."

"But after I got the stimulator," he goes on, "my concentration gradually returned. I could do things like read a book, read the newspaper, watch a show on television. Those things improved my quality of life."

Dr. Conway thinks that improving focus is at the heart of VNS's benefits. "It improves alertness, and that can reduce anxiety," he notes. "And when a person feels more alert and more energetic and has a better capacity to carry out a daily routine, anxiety and depression levels decline."

"A lot of patients are on as many as three, four, or five antidepressant medications, and they are just barely getting by. But when you add a vagus nerve stimulator, it really can make a big difference in people's everyday lives." Dr. Charles R. Conway.

Do You Have Any Experience With Vagus Nerve Stimulator? Is It Something You Would Want To Try?

Never knew about this... seems more invasive, but if it works that is great! It is the most important thing that depression is cured.