With warmer days on the horizon, pharmacists recommend to ‘keep it cool’ when you are storing prescription and over-the-counter medication. 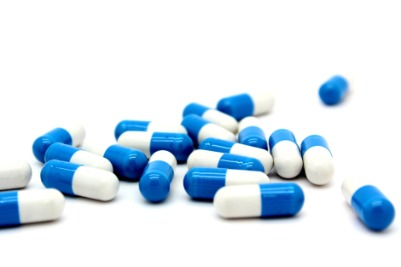 Many medications should be stored at controlled room temperature, which is considered to be 68 to 77 degrees Fahrenheit, and some can handle a temperature range of 59 to 86 degrees for short bouts, according to Emily Holm, Pharm.D., Mayo Clinic Health System pharmacist.

Holm told AccuWeather that patients run into trouble with medication safety and effectiveness when storage locations exceed 86 F. If your home is unusually hot during spring and summer, your medications could lose their potency.

Look for these changes if you suspect medications have been compromised by heat:

1. Different color: If tablets are white, for example, they may turn yellow.

2. Strange smell or taste: This could be a sign of deterioration.

3. Loses its form: Tablets could chip, crumble or powder more easily. Capsules will melt or stick together.

“The capsule itself is usually filled with either beads or powder of medication and is meant to start dissolving or melting on your tongue,” Holm said. “It degrades in the stomach and small intestine so if any of the capsules are exposed to high heat or humidity, that process could start happening within the bottle.”

If you notice any of these changes, experts recommend calling the pharmacy to get a refill. Holm said most insurance plans have an override process for lost or damaged medications. You should bring damaged pills to the pharmacy or police department for disposal. Do not ingest any compromised medication.

Which prescription drugs seem to be the most sensitive to heat?

Insulin is almost always stored under refrigeration, and Holm said heat can affect insulin’s chemical structure, making it not as active. If you wear an insulin pump and spend a lot of time outdoors in the warmer months, she recommends you change the insulin more often -- every other day or even every day to make sure it is working properly in your body.

Antibiotics will lose potency if overheated for an extended period of time, according to Mohamed Jalloh, Pharm.D., spokesman for the American Pharmacists Association.

“When antibiotics are exposed to too much heat and they are not working as well, they are not going to be at full strength when they fight the bacteria,” Jalloh said. “That makes it easy for bacteria to become resistant and actually fight against the antibiotic. This can make the infection even worse.”

Sublingual nitroglycerin tablets will turn into powder if exposed to heat or too much air.

“It is recommended to refill that medication every six months to a year if it’s not been opened because it is so sensitive to weather elements,” Holm said.

Heat damage can also seriously affect oral chemotherapy drugs, any type of hormone medication, drugs that modulate the immune system or anti-seizure medications, among others, according to pharmaceutical experts.

Where are the best places to keep your prescriptions?

Contrary to popular belief, experts say the bathroom is one of the worst places to store medication. Jalloh said it's hot and humid in there all the time, regardless of the weather.

“There’s so much heat and moisture radiating from the shower and the sink and it’s an enclosed area," he said. "That can make it harder for the medications to be potent."

He suggests keeping your medications in a dresser or cupboard in the coolest, driest room in your house. Holm agrees, recommending the linen closet and warning against storing pills above the refrigerator.

Both pharmacists suggest toting medicine in coolers or insulated bags while traveling in cars during hot days.

“It’s a good way to maintain privacy as well as keeping it safe and contained,” said Jalloh.

I’ve had scripts that have seemed to lose potency. The first I learned of it was from a doctor. I wonder about over the road transport. If medication is shipped in temperature controlled trucks. Anyone know?