Back
Good to know

It’s Hot Out. Here Are Some Tips to Stay Cool

In Boston, some women are using parasols for shade. In New York City, children frolic in the spray of opened sidewalk fire hydrants. And in Lexington, Ky., people celebrating the Fourth of July clutched battery-operated hand-held fans. 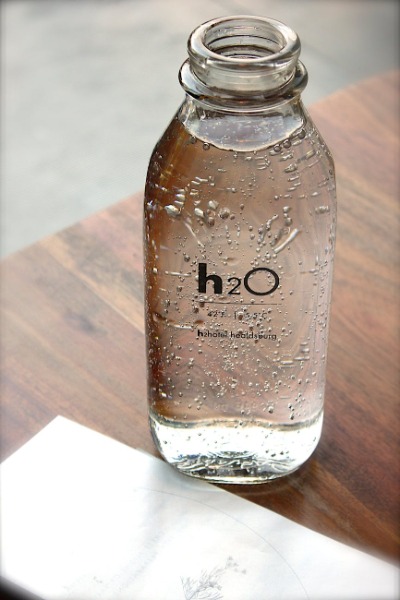 Americans expend as much effort improvising ways to escape the heat of summer as they do reveling in its rituals at pools, picnics and beaches, and in outdoor activities.

And they should. The Centers for Disease Control and Prevention says that more than 600 people in the United States die every year from heat-related illnesses that are preventable. (In Quebec, 33 people have diedfrom a heat wave hitting eastern and central Canada, the authorities said.)

On Thursday, the heat wave that has smothered the northeastern United States and the central Mississippi Valley for the past week was easing, according to the Weather Prediction Center. But it is shifting south and west, where wildfires have roared, pushing toward California, Nevada and New Mexico with temperatures in the mid- to high 90s, forecasters said.In the Southwest, those temperatures could linger for about three to four days, Michael Schichtel, the lead forecaster at the Weather Prediction Center, said Thursday. Temperatures in coastal areas of Southern California could rise to 90 degrees and above, with desert areas in the state hitting 115 degrees or even 120 degrees, he said.

“Heat becomes especially dangerous if it lingers for a number of days in a row, especially if it does not drop at night and give your body a chance to cool,” Mr. Schichtel said in an interview. “It is very important to take the proper precautions.”

Here is a roundup of some tips for staying cool in the summer.

Sweating is the body’s mechanism for self-cooling, but you need to drink plenty of water to give it something to work with. Recommendations vary between two to four glasses of water every hour in excessive heat. Do not wait until you are thirsty to drink.

Pay Attention To What You Eat And Drink

Diet affects how you can manage your body's response to high temperatures, a point that Gov. Andrew M. Cuomo emphasized in a recent memo to New Yorkers for the heat wave.

Seek Out Indoor Activities, Particularly During The Hottest Part Of The Day

The sun's peak hours are generally 11 a.m. to 4 p.m. (The Times this week compiled a list of exhibitions at museums in New York to visit when summer weather turns sultry. The article’s headline begins “The Art of Staying Cool.”)

“There are times you are going to be in the sun, but if you can avoid as much direct sunlight as possible, it is better,” Mr. Schichtel said.

If you can pour water on exposed skin, that is going to allow your body to cool down,” Mr. Schichtel said.

Applying cold, wet towels on the neck, wrist, groin and armpit areas can help bring down the core body temperature.

“When these parts of the body with high concentration of blood vessels near the skin come in contact with the cold, it helps transferring heat out of the body to cool down faster,” said Dr. Shubhayu Saha, a health scientist at the C.D.C.’s Division of Environmental Health Science and Practice.

Wearing a hat protects you from direct sun; sunburns affect your body’s ability to cool down and can make you dehydrated, according to the C.D.C.And fans will go only so far; air coolers are better.

Don’t Leave Children Or Pets In A Car, Which Can Swelter In The Sun

The sun's radiationheats objects that it strikes, such as a dark dashboard or seat, warming the air trapped inside a vehicle. In about two minutes a car can go from a safe temperature to an unsafe 94.3 degrees, according to General Motors and San Francisco State University, and even reach temperatures of 180 degrees to over 200 degrees.

Learn The Signs Of Heat Stroke And Heat Exhaustion.

Immediate remedies include moving the person to a cooler place and applying wet, cool cloths. Call 911 if there is heat stroke, vomiting or if the symptoms get worse, the C.D.C. says.

Mortality increases as the heat index — a combination of the air temperature and humidity that expresses how hot it feels — rises and stays above 104 degrees for two hours or more, according to the National Weather Service. So people need to adapt their behavior and take the heat seriously, the way they do in Carefree, Ariz., a town with a population of about 3,300 people north of Phoenix where temperatures can rise to 112 degrees and above.

As the community braces for the coming heat wave, most people already know that they need to consistently hydrate and to schedule outdoor activities, from yard work to golf, in the early morning and late afternoon, Mayor Les Peterson said on Thursday.

“It’s not unusual,” he said in an interview. “People become accustomed to it.”

This is a good article ... this advice is good for everyone and especially important for people with MS ...

We have a heat wave combined with drought which is a double whammy as there has been no relief from sun or heat. Some surrounding areas have had some showers but where I live there’s been nothing. The ground is parched and hard. It requires watering which I personally have not done due to health issues that are complicated by heat and sun. It’s been a rough summer following what was a rough winter. It makes one ponder what’s to come. Typically the northeast United States is cooler and damper than other regions. The weather starting in early spring (beginning of May) has been uncharacteristically hot and dry, more like Arizona or Texas.  This area is down 4” of rain since May 1st. I wonder if global warming is a factor?

Is sugar dangerous for our health?

How to take care of your eyes?

Everything you need to know about andropause, the "male menopause"!

Love life in the face of illness: how to cope?