How are you today?

As we’ve entered the spooky season of Halloween, I thought I would launch a fun new discussion! 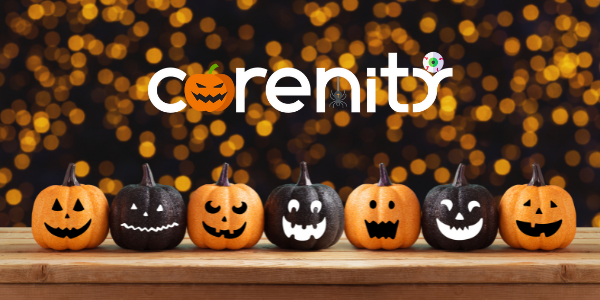 What are your favorite Halloween traditions?

Will you and your family or friends be trick-or-treating this year?

I love candy corn and, although I'm now 80, I eat it the same way I did when I was a child - white tip first, then yellow bottom, then the orange part. I never had a favorite costume and over the years I was a ghost (my very first dress-up), a witch, a gypsy . . . that's all I remember now but I was never the same thing twice. My mother dressed me up for the first time when I was about 8, as a ghost, using an old bed sheet with holes cut so I could see and breathe, with one of her hats on my head, and allowed me to trick or treat with my best friend, but only in the apartment building where we lived. Then, when we were about 10, we branched out and went to the neighborhood stores. We discovered that the bars were very lucrative pickings - they didn't keep candy so the owners and the patrons would give us money, usually a quarter which was a lot of money for a kid back in the early '50s. I remember that my best "haul" was a total of $2.50 from a bar run. That lasted until we were in junior high and considered ourselves too grown up to dress up in silly costumes and beg for candy.

@MyMS55 That must truly be an amazing costume if it's won you so many awards! What a great tradition!

@uncleanatol‍ I LOVE candy corn too! That's the ONLY way to eat it!

What smarts you two had, I've only even gone trick-or-treating in residential neighborhoods, I should have been hitting up the stores downtown!

Growing up holidays were fun Halloween there's six kids we all had pillow cases for our bag and my mom and dad would drive up and down the street as we went house to house loaded our pillow cases empty them in the truck and kept going you can only imagine how much candy we had most of it probably got thrown away I think we ate all the chocolate and some of the hard candy but our costumes pretty generic and one little plastic outfit with the plastic face.