Studies carried out on lab rats have shown promise for a new kind of insulin pill that may be able to help millions of people with diabetes avoid daily injections, researchers said Monday. 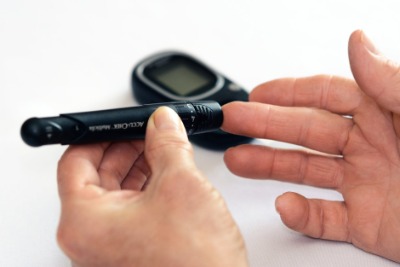 Much more work is needed before the pill, designed by  researchers at Harvard University, can be tested in people or possibly be made available on a wide scale. Until now, the main challenge in developing an insulin pill has been finding a way to preserve the insulin protein once it encounters stomach acid. The experimental pill described in the Proceedings of the National Academy of Sciences carries insulin in a liquid, enclosed in a coating that resists acid breakdown in the stomach. The polymer coating dissolves when it reaches the alkaline environment of the small intestine, allowing liquid carrying insulin to be released.

"Once ingested, insulin must navigate a challenging obstacle course before it can be effectively absorbed into the bloodstream ," said senior author Samir Mitragotri, professor of bioengineering at Harvard. " Our approach is like a Swiss Army knife, where one pill has tools for addressing each of the obstacles that are encountered."

The new pill is "easy to manufacture, and can be stored for up to two months at room temperature without degrading," the study said. Researchers did not say how long it might take before human trials can take place, but it will likely be years. More animal studies are needed, along with more research on any potential toxic effects of long-term use. Some 40 million people worldwide have type 1 diabetes, a condition that requires daily injections with insulin , which their bodies cannot produce on their own.

According to Mark Prausnitz, chair of chemical and biomolecular engineering at Georgia Institute of Technology, the hunt for an oral insulin delivery system has been considered the "holy grail" in diabetes research. "This study shows remarkable results where insulin given by mouth in combination with an ionic liquid works about as well as a conventional injection," said Prausnitz, who was not involved in the research. The implications of this work to medicine could be huge, if the findings can be translated into pills that safely and effectively administer insulin and other peptide drugs to humans."

Amazing! Would you get rid of the daily injections for a pill?

Thank you for sharing. This would be wonderful, especially for those who have a strong fear of needles or little ones.

Living with diabetic nephropathy: How does it affect your daily life?

Living with diabetic nephropathy: How does it affect your daily life?

Diabetes: Habits to reduce the risk of complications

Diabetes: what is the impact of stress on blood sugar?

What is the effect of alcohol on diabetes?

Diabetes and oral health: everything there is to know!