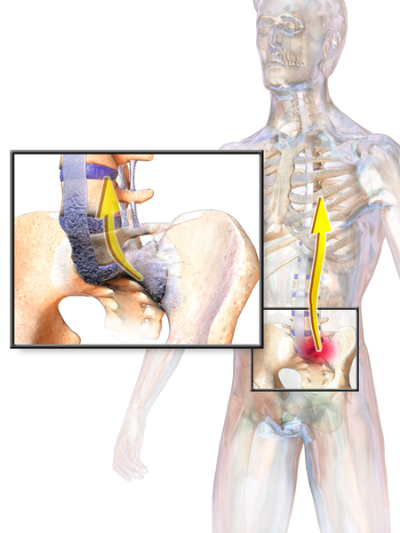 Clinical trials at the Shaanxi Baoji Traditional Chinese Medicine Hospital determined that acupuncture and herbal medicine improve bone and muscle activity for AS patients with a three month course of treatment. The research determined that patients had significant reductions in pain levels and subsequent improvements in activities of daily living. [1]

Many patients experienced significant recuperation levels, with no pain or joint inflammation and restoration of normal joint functioning. Other patients had significant pain inflammation reductions. The ineffective rate was relatively low. Let’s look at the results.

Eighty AS patients were selected from Jilin General Hospital between January 2015 and January 2017. They were randomly divided into 2 groups, the observation group and the control group. Patients in the control group received treatment with sulfasalazine for 3 months. Sulfasalazine is derived from salicylic acid (found in aspirin) combined with sulfapyridine, an antibiotic. The drug reduces inflammation and is used for the treatment of Crohn’s disease, rheumatoid arthritis, and ankylosing spondylitis.

Patients were instructed to rest in a supine position for the treatment. After disinfection of the local skin areas, acupuncture needles were inserted toward the direction of the spine for all Huatuojiaji acupoints. Moxa was added to the needles, ignited, and supervised. Each acupuncture session was 30 minutes. Patients had one session per day for 20 consecutive days.

The ingredients were boiled with 3000–4000 ml of water. Patients then soaked in a steam bath containing the warm herbal decoction. The temperature of the tub was adjusted according to each patient’s condition. Each soaking treatment lasted for 30 minutes. Patients had one session per day for 20 consecutive days. Efficacy of the treatment was classified as follows:

Very effective: the patient did not experience any pain or other symptoms of joint inflammation after the treatment course. Joint functions were restored to normal and the patient was able to carry out daily tasks and work.
Effective: pain and other symptoms of joint inflammation were greatly reduced. Major joint functions were restored. Patient had limited capability in handling daily tasks and work.
Ineffective: the patient did not improve significantly. [3]
Efficacy was also evaluated using the following measures: