New research suggests resistance training could benefit your mind, as well as your physical health.
Researchers at the University of Limerick, Ireland conducted a major study into the effects of resistance exercise training (RET) on the symptoms of depression. 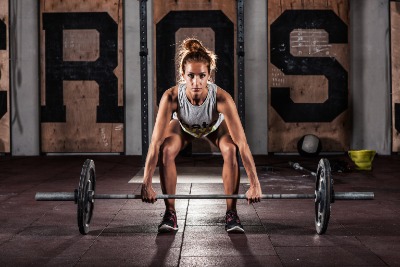 They concluded it can "significantly reduce symptoms among adults," but said it's not a cure and further research is needed.

The physical benefits of resistance training, such as burning fat and building lean muscle, are widely recognised — and now new research suggests that it could also support a healthy mind.

In a paper published in JAMA Psychiatry, researchers at the University of Limerick, Ireland, conducted a meta-analysis of 33 clinical trials involving 1,877 participants into the effects of resistance exercise (RET) training on the symptoms of depression, such as feelings of worthlessness, a loss of interest in activities, and low mood.

The authors of the study concluded that "resistance exercise training significantly reduced depressive symptoms among adults." This was regardless of how much training they did, if they gained strength from it, or the participants' overall health status.

Lead author of the paper Brett Gordon told TIME that this doesn't mean it's a cure for depression, but said that the evidence is compelling. He is quoted as saying: "Interestingly, larger improvements were found among adults with depressive symptoms indicative of mild-to-moderate depression compared to adults without such scores, suggesting RET may be particularly effective for those with greater depressive symptoms."

Although the paper didn't go into detail about what RET does for the brain, past studies have shown that exercise can promote increased blood flow to the organ, and release mood-enhancing chemicals like endorphins.

Gordon went on to tell TIME that resistance training shows signs of working just as well as other depression treatments, such as antidepressants and behavioural therapies.

He advised following the American College of Sports Medicine's guidelines on resistance training, which involves training at least twice per week doing eight to 12 reps of eight to 10 different strength-based exercises each time.

In their conclusion, the authors of the University of Limerick study added that further research is needed into the field.

What are your thoughts? Opinions?

Can I drink alcohol if I have multiple myeloma?