At 39 years old, Adeline Magloire, a member from Carenity France, is the mother of a 16-year-old teenager. With schizophrenia and looking for a job, she agreed to explain to us what the disease really is, with its advantages and disadvantages.

How did you discover your schizophrenia? Did it take doctors long to put a name to your symptoms?

I was diagnosed with schizophrenia in June 2017, after 14 years of treatment for bipolar disorder, which is a false diagnosis. The psychiatrist who had been following me since 2009 only asked me in 2017 at what age my disorders began. 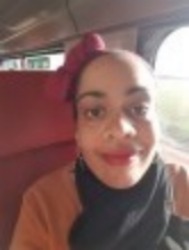 What were your symptoms? How do you feel about schizophrenia attacks? How do you explain this often caricatured disease?

I once believed during a crisis that someone was following me; during another crisis, I heard voices telling me to attack my physical integrity and my life. And finally, sometimes I wake up and don't know if I'm still dreaming or not. This feeling lasts for many minutes.

I suffer from hallucinations and delusions, a gradual loss of contact with reality. My thoughts and ideas are disorganized and I have difficulty performing certain tasks.

How did your family and friends react to your symptoms and then to the news of your schizophrenia?

Not everyone around me knows that I am schizophrenic, because this disease scares people who don't know it. Those who are aware tend to make the patient feel guilty, minimizing the impact of the symptoms of the disease.  So keeping silent about the disease, its name and its effects, often avoids conflicts and the feeling of being misunderstood.

It would be desirable for relatives, in order to be real carers, to support the patient without replacing him/her. They must inform us when we are on the wrong track without making us feel guilty or lecturing. It would be nice if they could help sufferers with household or daily tasks: budgeting, scheduling appointments, etc.

You told me that you feel guilty, can you explain how this feeling was born in you?

I feel guilty about my son because I didn't know at the time that I had this disease. At first, when he was in kindergarten, I was misdiagnosed and slept 16 hours a day. So I had difficulty taking care of him properly, keeping the apartment. It was difficult for me to complete a task from start to finish.

Schizophrenia also allows you to be more sensitive, empathetic and creative.

The disease allows me to be more creative at all levels: I paint, I cook by creating my own recipes, I create short texts on subjects that are close to my heart. Since I don't think like everyone else, I have a different perspective on life and those around me.

What treatment are you following? Are there any disadvantages and side effects? What are the advantages?

My current treatment is as follows: Lamictal, Abilify Maintena, Cymbalta and Temesta. I can now carry out a task from one end to the other. So I can lead a more balanced life and have fewer hallucinations. On the other hand, I feel intense fatigue, I have difficulty concentrating and my memory is impaired.

What advice would you give to a schizophrenic patient to improve his or her daily life?

The advice I would give to schizophrenic patients is to ensure that they carry out their activities by prioritizing them. One or two tasks completed per day may seem trivial compared to the others, but it is already a great victory.

For memory loss, I advise to note, schedule tasks and appointments. You can even take pictures of texts and other important documents when it is not possible to write them down or copy them easily and legibly.

I would say to conclude that when you fail 100 times, you have to do it 100 times more. Perseverance is the best thing for patients with our disease.

Let's enjoy every day as if it were our last. Carpe Diem!

Hello members, I hope you do not mind me tagging you but thought you may find this testimonial relatable and interesting and would like to comment, share, or discuss with others... feel free to do so below!

Does bipolar disorder worsen with age?